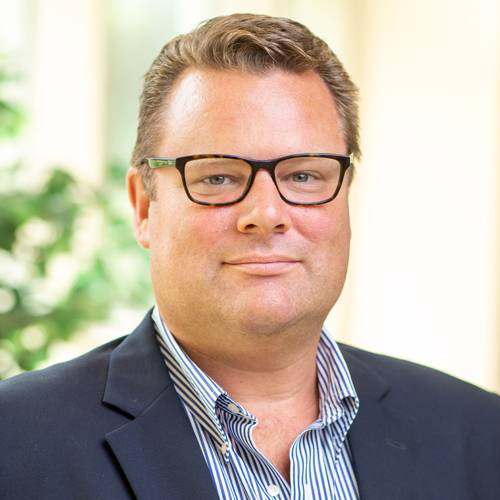 If there is anyone who knows Hamilton, N.Y. best, it is David Loveless. Loveless, who currently serves as associate director of career development here at Colgate, has deep roots that run through both the town and the university. Born and raised in Hamilton, Loveless spent his childhood here, attending school in the area while both of his parents worked at the University.

“My dad was a faculty member, my mom was vice president and director of alumni affairs,” Loveless explained. “I mean, I was literally a rink rat at five years old — hanging out and going to all of these things as a child growing up from Hamilton with parents that were associated with the University.”

After graduating from high school, Loveless headed to St. Michael’s College in Vermont to continue his education. After completing his studies, Loveless headed down to Washington, D.C. alongside his wife, Darcy, Class of ‘98, also from Hamilton, where he worked in sales. After some time in Washington, D.C., the two Hamilton natives felt called home and made the decision to move back.

While working in the Dean’s Office, Loveless’s background and experience was a particular draw that caught the eye of Career Services.

As Loveless’s position in the Dean’s Office began to wrap up after the agreed ten-month term, and having already made an impression on Career Services through his part-time work for them as well as his hard work ethic overall, Loveless was approached by Barbara Moore, who was the director of Career Services at the time. Loveless later accepted a job as program coordinator in 2001.

“I went from very much an administrative role as a program coordinator, and then through some courses and necessity, I ended up getting into an advising role as a career adviser. I then switched into an assistant director role, which still had me seeing students but having now a little bit more oversight,” Loveless shared about the evolution of his career. “I kept moving.”

Loveless continued to move his way up, his current role now being associate director of career development. Along the way, Loveless also decided to start taking some courses at Syracuse University and ended up earning a Certified Life Coach degree.

“There were some good courses in that to hone in my advising ability. Then I sort of moved from that program coordinator into an advising role, and then into assistant director, and then into associate director. So, four different roles so far since I’ve been here.”

His time in Career Services has now totaled 20 years. Loveless, however, did not always know that he would end up here.

“I fell into it. Hands down. I had no desire to get into Career Services, and I knew very little about it,” Loveless laughed.

Loveless’s favorite part about working at Colgate these last 20 years has been working with students.

“It’s working with very intelligent, motivated students at a time where they’re going through some interesting changes and transitions … it’s because of the drive … that our students have … the desire to be the best and do the best and go after things and have good aspirations. That’s something that’s really rewarding when I’m able to help out. When somebody is able to figure out what they want to do and then actually realize it.”

In addition to the students being Loveless’s favorite part of his job, he added that it is also the community.

“I’ve got feet in both the town and gown, which is a unique perspective to have … I really try to take advantage of that and those experiences. Whether it’s going to a performance or a football game or going to every hockey game, it really is something that feels bigger than a job. It’s being part of the community, too … I feel like I have the ability to maximize being in Hamilton.”