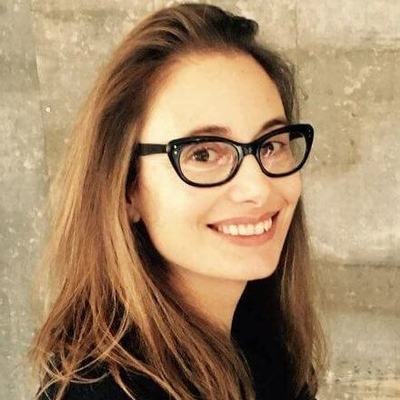 On Sept. 16, the Colgate English department hosted Dana Spiotta, the second author to visit this semester for the Living Writers program. Spiotta is an award-winning author, holding a Rome Prize in Literature, a Guggenheim Fellowship and a New York Foundation for the Arts Fellowship. She also teaches creative writing at Syracuse University and lives in Syracuse with her family where the novel, “Wayward,” included in the Living Writers curriculum, takes place. “Wayward” was greeted by critical acclaim upon its release in July. The novel charts the life of middle-aged mother Sam, who upends her life by leaving her husband for a house. She flees her suffocating comfortable suburban life for a neglected, ruined, yet beautiful house in the city and finds herself trying to reconcile her perception of herself, the woman she has become, and her place in the world. The novel is set in 2017, in the wake of Donald Trump’s election into office, which leads Sam to reevaluate her privilege and perspective during a time of heated political flux while her body and mind change at the mercy of menopause. The perfect storm of transitions in Sam’s life — menopause, her newfound singledom, her daughter Ally’s first steps into adulthood — come together to form an intergenerational, deeply personal, female-focused story about what it means to be a woman, a daughter, a mother and simply a person confronted with their own mortality.

“I found ‘Wayward’ and Dana Spiotta’s visit really moving. It’s one thing to read a book and have your own thoughts and feelings about it, but to hear the words on the page read by the person who wrote them and have a chance to ask the author questions about why she made certain plot or style decisions is such a great opportunity that I wouldn’t have had without the Living Writers series,” senior Alyson Brusie said.

Spiotta read from “Wayward” and answered questions posed by the dozens of students and faculty present in Love Auditorium and on Zoom. Spiotta was introduced and invited by Associate Professor of English Jennifer Brice, who directs the Living Writers program and teaches the course of the same name. Spiotta began by reading selected excerpts from “Wayward,” including the first few pages of the novel and sections from the last chapters, illustrating the breadth of human experience expressed between the pages. Through Spiotta’s reading and responses to the audience’s questions, her devotion to the central themes of womanhood, middle age, mortality and seeing the world outside of yourself became evident. Spiotta emphasized her desire to write a female-centric novel that addressed the topic of menopause, something she understands as a central aspect of womanhood, yet is treated as taboo because the loss of fertility is commonly associated negatively with the loss of youth, beauty and child-bearing value for women. Spiotta hopes her honest depiction of a woman in the midst of menopause will remove some of those stigmas and stimulate more openness about the subject, from both men and women.

During the question and answer session, Spiotta addressed the unique style and form of the novel. Her chapters alternate between Sam’s point of view and Ally’s point of view, and in the last few sections of the novel, she even gives the city of Syracuse its own perspective. One attendee asked Spiotta why she chose to set the novel in Syracuse, a fellow central New York community, and place such emphasis on the decaying beauty of its arts and crafts era architecture. Spiotta remarked that the decision resulted from a combination of factors.

“It had an interesting complexity to it because it was sort of unappreciated and also kind of in plain sight and available if you’re looking so I thought that was a good place for this middle age reckoning, a kind of aging industrial city. I didn’t want it to be in New York or Los Angeles or San Francisco, and I live right there so I could walk around and look at stuff that I was writing about,” Spiotta said.

In her reading and response to audience members’ questions, Spiotta’s direct, open demeanor illuminated her passion for bringing authenticity to a multigenerational story about womanhood, aging, and making peace with yourself and the world. Spiotta’s discussion about her writing process and her decisions regarding setting and characters deepened the audience’s understanding of her book and forced us to confront ourselves with the same questions with which Sam grapples throughout the novel.