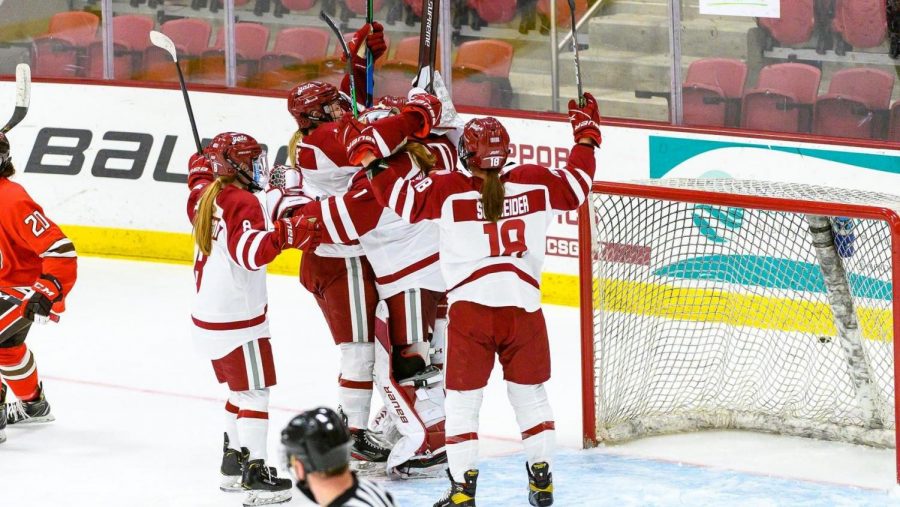 This past week, the Eastern College Athletic Conference (ECAC) Office released its preseason poll for Women’s Ice Hockey, ranking the teams in the conference. The poll’s results placed Colgate as the top team in the preseason rankings. The Raiders are coming off of their second ECAC regular-season title and first ECAC tournament championship in program history. Colgate also comes into the season ranked 6th in the nation in the USCHO poll, after finishing last season with a 15-7-1 record.

When asked about what the ECAC poll means for the team, Head Coach Greg Fargo said, “Preseason polls are great for the media and to build hype for the upcoming season. In our eyes, what matters is where you end up at the end of the year.” Fargo continued, “Us coaches recognize that we have a lot of returning starters, with five defense and a starting goalie. Therefore, it is no surprise that we are at the top of the poll. The message to the players is that the poll doesn’t matter, what matters is what we do from here and how we position ourselves to be number one at the end of the year.”

Senior forward Eleri MacKay echoed Fargo’s statement. “It was exciting to see the team place first in the preseason poll but we aren’t focusing on that right now. We are eager to hit the ground running and take it one game at a time. We know where we want to be at the end of the year and are focusing on playing the right way and having fun in order to get there.”

Looking ahead at the season, Fargo emphasized how hungry the team is for a championship, expressing that they are not satisfied with what happened last year. A common goal is to prove that Colgate is amongst the best teams in the country and to win a championship.

Both captain, junior forward Danielle Serdachny, and Fargo see the challenge learning to play together as a new team will present. While the team has many returning players, they also have nine new first-years.

“One of our goals is to learn to play and connect together with the team. We have a talented group of girls who are all motivated to accomplish something that has never been done before at Colgate,” Serdachny said

Coach Fargo continued: “Every team faces adversity at some point or another, we just have to overcome it with poise and that is one thing that last year taught us. We welcome adversity and know that we can play in a tough conference where every game matters.”

Looking towards their first game against RIT, Fargo said that the team is looking to play as well as they can, doing the things they have done in practice so far. Each game provides an opportunity to understand what the team needs to do to be better, and the team is focused on maintaining a growth mindset throughout the season.

“There is a lot of eagerness and determination going into this season and we are pumped to get started,” MacKay said, echoing Fargo’s statements.

The Raiders have the attitude and ability to build on the success of last season and Raider Nation is excited to see what the team can do.