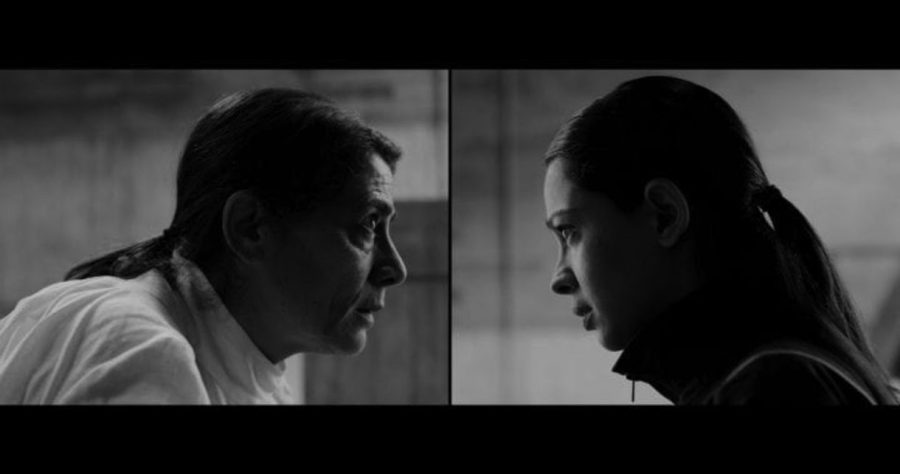 This past week’s Alternative Cinema showing was a selection of films from the 2021 Flaherty Film Festival. This was the 66th year of the festival, which was founded in 1954 by Robert Flaherty’s widow, Frances Hubbard Flaherty. It was meant to be an interactive program of film or cinematic immersion, where the attendees would watch a series of films over the span of a week and discuss with select artists. The style is similar to a seminar, meant to inspire and encourage artists to explore digital cinema.

This year’s theme was opacity, a study in preconceptions and an exploration of spaces that film does not often cover. Specifically, each film is centered upon a subject, traditionally underexplored in cinema commonly due to colonial or imperial oversight.

The four films selected from this year’s festival include:  “Jamal (A Camel),” “Sum of the Parts of What Can Be Named,” “Serpent Rain” and “In Vitro.”

The series began with “Jamal (A Camel),” a short film from Sudan that chronicles the story of a working camel on a farm. The story was shot through the camel’s perspective, covering the dreary work of grinding the mill, its short moments of freedom outside and then back in the dark mill. One key focus of the film is the presence of the blinds over the camel’s eyes. When the camel was allowed to take his break out in the courtyard, he dreamed of the days he spent with his camel herd as a calf and the freedom he had to roam. Once he was back in the mill, his vision was cut off and his only remaining sensation was the squeak and creak of the machinery.

The second film of the evening was “Sum of the Parts of What Can Be Named,” a riveting film about a woman tracing her family genealogy as far back as records go. She begins with her many great grandparents, one of whom was brought from Africa as a slave and one who was born enslaved in Georgia. Her story traces her family’s movement from Georgia to Alabama, then to Texas, and finally to Canada as they escaped America. The narrative was beautifully paralleled with current events from those years, giving historical context and striking comparisons to her family’s story and the goings on in the world around them.

Junior Jordan Yankee addressed the power of the film.

“I think the most compelling film we watched was the ‘Sum of the Parts What Can be Named’ film, which was the one where the woman was recalling her family tree history since the 1800s. Even though this film had the least action, it was the most compelling to me because of the [simplicity] of the woman speaking about her family history in front of a black backdrop. I felt drawn into her recount of the ‘disremembered journey’ of the Bowen family and everything that happened to them and happened around them in the world during their lifetimes.”

The third installment of the film series, “Serpent Rain,” was the most abstract of the films. It consisted of a series of long shots of nature and little background noise, coupled with occasional descriptive notes: the audio recording of a newscaster and a video of hands shuffling cards. The film was creative and disjointed in a purposeful manner, but some in the audience found it slightly difficult to follow.

Finally, the last film in the selection was a Palestinian, post-apocalyptic film, “In Vitro,” situated in the destroyed Bethlehem, Israel, where a dark mass had swept through. The film featured a dialogue between an elderly woman–one of the few remaining people alive who remembered the world before and a younger woman who was a genetically engineered replica of a human. Her purpose in being created was to hold all the memories of the previous generations so that the world would not forget the atrocities that prompted the apocalypse. This film was unique in its diptych style, where the screen was cut in two and utilized to show different views and perspectives.

“As a film guy I really loved ‘Jamal (A Camal).’ It was gritty, visceral, and ended up being really powerful once it finished. I’m not really sure what the message was considering the Q&A section was pretty vague … but the film really made me feel something which speaks to how well made it was.”
Senior Renee Roche enjoyed how creative the films were and how they focused on uncomfortable but important themes.

“I thought it was super moving. It was hard to sit through at certain points because many difficult topics were covered throughout the films, but I think it’s important that not all films are made for pleasure but for learning — watching films that don’t follow the ‘standard’ sequential timeline and are made to evoke discomfort in the viewer can be extremely powerful for opening one’s eyes on an issue.”

Each film was unique in its story-telling method, which made for an interesting and engaging evening. It was easy to see how the creativity of these film directors and their execution shined light on a lesser known space in the film industry.