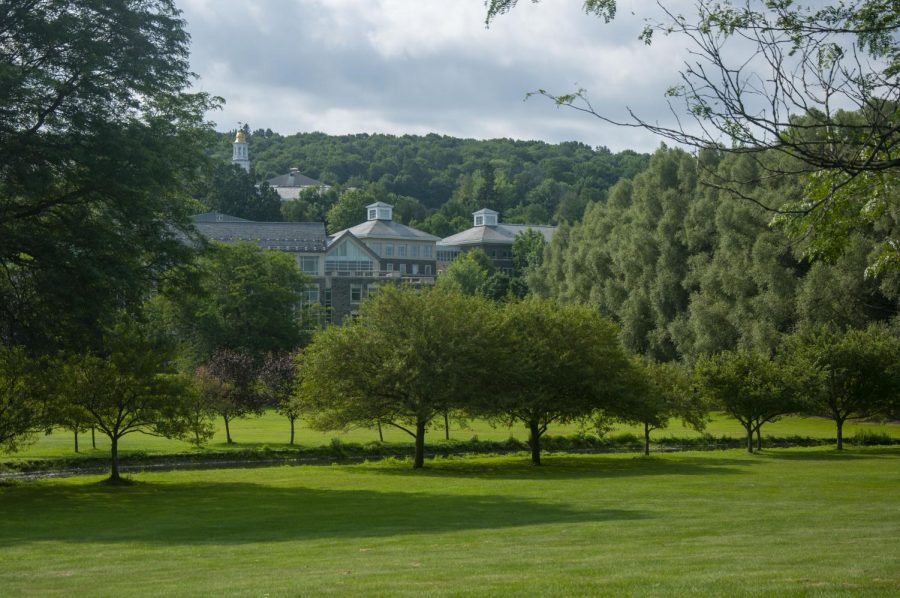 The Colgate Student Government Association (SGA) has proposed that students should have the option to have a double major and a minor in recent conversation with the Academic Affairs Board (AAB) to introduce the idea, according to the Colgate SGA Instagram account (@colgatesga). The reasoning behind the current double major and minor restrictions, according to the Instagram post, is that “with a double major and a minor, students could only take courses within three departments which they fear hinders a true liberal arts experience.” SGA is taking steps to see if these restrictions can be changed due to students expressing concern.

“I’ve heard a lot of students complain about the fact that they have a double major and aren’t able to have a minor as well,” SGA Vice President senior Fiona Saunders said, who added that she and SGA Chief of Staff to the President senior Emma Darcy met with University Registrar and Director of Institutional Planning, Assessment and Research Neil Albert about their idea.

The Academic Affairs Board, which oversees long-term curriculum decisions as well as academic-integrity-related decisions, has a major say in the graduation requirements at the core of this debate. AAB Member, Associate Professor of Peace and Conflict Studies, and Director of the Women’s Studies Program Susan Thompson weighs in that she sides with the current policy.

“Meeting the graduation requirements of two majors and a minor is limiting as students need to meet those requirements. It precludes exploration of the curriculum which is something that is central to a liberal arts education,” says Thomp- son. “I don’t know if allowing for a double major is the agenda for the AAB this academic year.”

According to Saunders, incremental progress was made during the 2016-2017 academic year, when the committee allowed for students to simultaneously pursue one major and two minors. “Since then, students in AAB have still been pushing this issue to try and get AAB and the registrar to change the rules to allow us to have a double major and a minor,” Saunders said.

Students have expressed the desire to pursue a minor as well as a double major, but have had to decide against it because of the restriction. Junior Eric Haller is an Economics and Philosophy major, who wanted to combine his current studies with a German minor, but was ultimately unable to do so.

“I do not understand the position the registrar has on double majoring with a minor,” Haller said. “If a student wants to apply themselves and add the minor, then why stop them? I could understand advising students to not do all three, but to bar them from it completely does not follow for me.”

One way the SGA is trying to get information from students is by collecting data on how many students are graduating with enough credits to have a double major and a minor, but who will not receive the credential recognition for their additional course load.

“I originally wanted to double major in History and English and minor in Art History, but that isn’t allowed by the registrar,” junior Spencer Gump said. Instead, he is pursuing a major in History while minoring in English and Art History. Gump explained that, because of his similar interests, many of his courses overlap regardless of Colgate’s mission to diversity a student’s course load, rendering the double major argument null in his case. “I think they thought that it would hinder the liberal arts experience, because it would mean you are only taking classes in three departments. But I am only taking classes within three departments right now, because my minor requirements are close to that of a major.”

In SGA’s conversations with AAB, they discussed the general purpose and main focus of a liberal arts college, which is to encourage students to study subjects that are outside of their chosen major and minors, to enable them to think and learn about topics that they wouldn’t have access to otherwise, according to Saunders. In addition, the time and rigor of courses wouldn’t allow students to give their full attention to their major, according to Deputy Registrar Sue Burdick.

“Colgate courses are demanding and rigorous, to meet all those requirements they didn’t want students to be falling behind just so they could have more credentials on their resume,” Burdick said. “The faculty give careful consideration [about major and minor restrictions], as they’re talking to students themselves and being the liaison between the students and the academic rigor Colgate is expected to uphold.”

Students who have further concerns about the major/minor restrictions can go to weekly Senate meetings on Tuesday from 7:00 to 9:00 p.m. in Persson Auditorium. All members of the student body are encouraged to attend these meetings and to raise questions about any issues they want to discuss. Because of the ongoing student concern, SGA will continue to see if they can eventually change the University’s major and minor requirements in accordance with the student’s needs, according to Saunders.

“Even though our discussions were kind of discouraging and made it seem like we couldn’t get anything done, I think it’s definitely been something that a lot of students have raised with us, I think we are going to continue to try and push for it,” Saunders said.