Professor Catherine Cardelús and the Appreciation of Trees 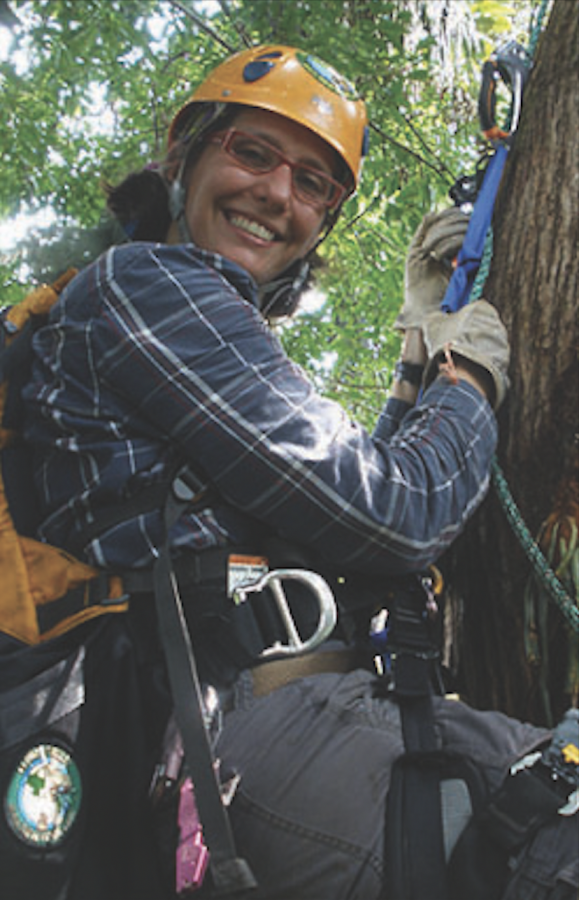 Printed with permission of Catherine Cardelús

Now, on Cardelús’s left wrist is a tiny tree, green with thin, twisting branches. With a twist of her arm or a slip of her sleeve, the pop of color catches the eye. She did not choose this tattoo solely for aesthetic reasons.

“I’m a tree person. I’m a tree climber. Trees are very important and meaningful,” Cardelús explained. “They each have a different personality and they all work differently.”

Cardelús does her best thinking in forests, from the Adirondacks to the tropics. In forests, Cardelús has her best hypotheses, most creative ideas and most productive brain. Spending her formative years in a small Wisconsin town on Lake Michigan, this appreciation for nature quickly developed in Cardelús.

“I spent all my time there making mud pies, swimming in the lake and playing on the shore,” Cardelús explained. “When we moved from Wisconsin to New York City, it was misery. At eight or nine, I realized that I did not like being inside.”

Cardelús took her love of the natural world that was born in childhood with her to college. The summer after graduating from Barnard with a bachelor’s degree in ecology, Cardelús spent two months volunteering in Costa Rica, aiding graduate students with research.

“When I got there, I was completely floored. How do you pack this much diversity into one place? I was used to Central Park,” Cardelús said, chuckling. “Every single second was magnificent. I was up for anything.”

At one point, Cardelus found herself suspended 25 meters in the air after climbing a tree, unsure of how to lower herself. This was her third day in the rainforest, and she had done so after one of her graduate students suggested it.

But Cardelús felt no fear.

“While [the graduate student] was talking to me, I was just looking at the other layers of the canopy. I saw a whole other forest. And I thought, ‘My god, who’s studying this?’ And there were very few people.”

Cardelús knew at that moment that she wanted to dedicate herself to studying the canopy.

“You might be able to say that it adds up in the small moments — those two months were the defining in my passionate self for sure. However, climbing the tree was the biggest moment for me.”

Not only did Cardelús’s love for nature bloom in the Costa Rica field station, but so did her appreciation for the community that develops within a field team.

“We would have music nights with all the researchers strumming guitars and singing songs about nature. Hierarchy is flattened in field stations,” Cardelús shared. “You could be sitting next to a National Academy member, and they would say, ‘What’s your question?’”

Cardelús now defines herself as a collaborative field biologist. She seeks to bring her students into all of her field work. In her biology extended study, Cardelús’s students measure pollution in the rainforest canopy of Costa Rica. Last summer, they studied acid rain and deer overabundance in the Adirondacks.

“I can’t do anything without my students,” Cardelús explained. “I do things on a very large scale, so I need lots of help.”

Cardelús hopes to impart on her students her appreciation for trees as they work alongside one another.

To Cardelús, working together is critical in the conservation and observation of trees, from New York to Costa Rica.

Perhaps now, when you next pass a tree, or even catch a glimpse of a certain professor’s wrist, you will think about the stories, life and intricacies that may be woven in its branches.