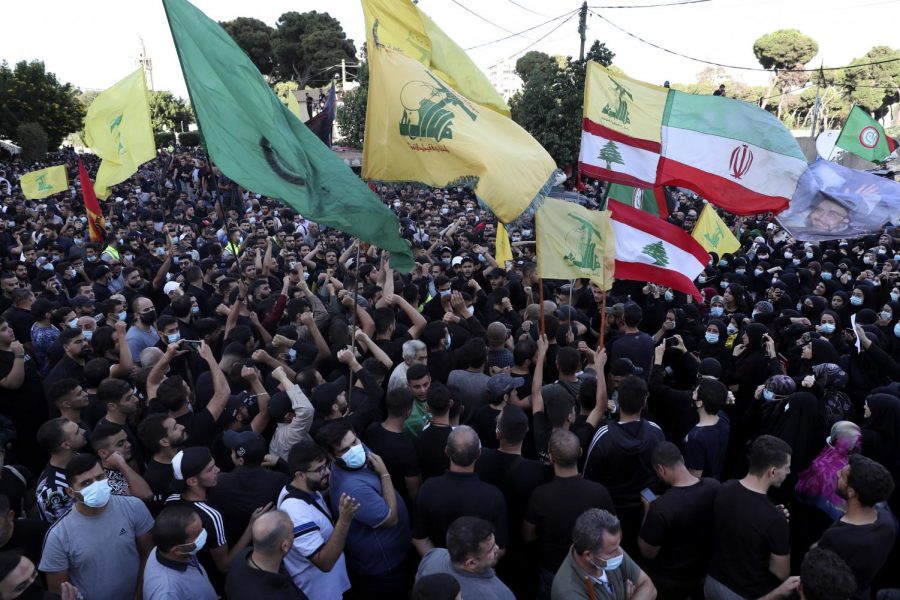 CIVIL UNREST: Protests have sprang up across Lebanon, including this clash that took place in Southern Beirut on Oct. 15.

The country of Lebanon was thrust into an all too familiar turmoil on Thursday, Oct. 14.

To fully understand the unrest taking place in today’s Lebanon, its history must be explored. According to Britannica, Leb- anon’s Civil War broke out in 1975, follow- ing heightened tensions between four major religious sects in the country: Maronite Christians, Orthodox Christians, Sunni Muslims and Shia Muslims. Lebanon’s proximity to Israel, Syria and the Medi- terranean Sea allowed for it to become a hub of different cultures and religions, all residing under French colonial rule until 1943. The Civil War was fought under the backdrop of outside Syrian and Israeli in- fluence, as well as the growth of ideological movements like Islamic fundamentalism and Arab nationalism.

The Civil War ended in 1990, after U.S. intervention and Syrian and Israeli occupation, with the implementation of the Taif Agreement. According to Brittanica, this agreement asserted Lebanon’s power in the country’s southern region, occupied by Israel at the time, and gave political power to a half Muslim, half Christian cabinet over a president. It also sought to disarm and disband all militia groups operating in Lebanon, though this was ultimately unsuccessful. Even after the end of the war and the implementation of the Taif Agreement, there were still instances of violent bombings, occurring in 2015 and 2016, related to the influence of ISIS in the area.

This week’s protests and subsequent violence are a direct result of a massive chemical explosion that occurred on Aug. 4, 2020. According to the Associated Press, the blast killed at least 170 people and wounded thousands more. The exact cause of the explosion was tied to a stash of hundreds of metric tons of explosive ammonium nitrate kept in a warehouse for over six years. According to Human Rights Watch, officials were alerted about this stash of chemicals in 2014 and chose to do nothing, ultimately leading to this horrific accident. This showed the Lebanese people the incompetence of their government. According to the BBC, the explosion, combined with a devastating financial crisis that hit the country in 2019, fuel shortages and the emergence of CO- VID-19, sparked days of violent protests in the capital, Beirut, leading to the resignation of the Lebanese government.

According to the AP, investigations into the explosion have been halted multiple times due to threats against judges or the refusal of multi-religious elite officials to comply with judicial orders. According to Reuters, on Oct. 14, Hezbollah, an Iran- backed militant group which both the United States and Israel deem a terrorist organization, allied with Amal, a Shia group, and marched in Beirut against Tarek Bitar, the judge currently in charge of the investigation into last year’s explosion.

During the protests, snipers from roofs in the city fired shots at protestors, kill- ing at least six and wounding more than thirty others. According to Al Jazeera, Has- san Nasrallah, the leader of Hezbollah, has come out and accused The Lebanese Forces, a right-wing Christian political party, of planning the shootings. The Lebanese Forces have denied any involvement. President of Lebanon Michel Aoun has said that the investigation into the blast will continue, despite the shootings. So far, nine people have been arrested in connection with the street battles.

The investigation, and specifically the involvement of Tarek Bitar, has troubled the Lebanese governmental elite, according to France 24. Bitar is the head of Lebanon’s criminal court and has become increasingly popular as he has shown he will not hold back indicting the ruling elite, including ex-Prime Minister Hassan Diab. This has troubled Hezbollah, who have representatives elected into government and have yet to be indicted in the investigation. Wafiq Safa, a high-ranking member of Hezbollah, has publicly condemned Bitar, leading to increased fear for the judge’s safety.

In the aftermath of the chemical blast and the devastation, the effects compounded within an already suffering country, as a rise in discontent with the multi-religious elite and their ability to avoid punishment for this explosion has led to an increase in demand for legal action against those responsible for the blast. This investigation and the claims it has already brought against powerful officials cause fear in large religious institutions that hold power in the government. Hezbollah in particular has been widely critical of a growing Lebanese movement against the powerful political elite.

It is yet to be seen whether this inquiry will lead to criminal charges brought against important Lebanese elite or members of Hezbol- lah. But, it will be important to watch as this outcome will likely inform much of Lebanon’s political future regarding not only Hezbollah but all elite religious groups in the country.