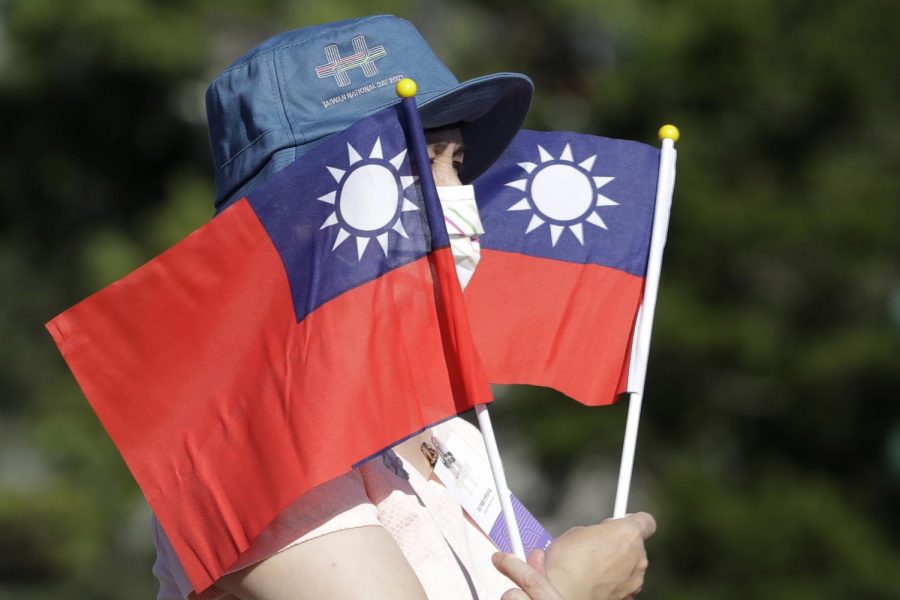 GROWING TENSIONS: A woman celebrates National Day in front of the Presidential Building in Taipei, Taiwan on Oct. 10.

“It’s only a matter of time, not a matter of if.” That is how Michael Strudeman, Director of Intelligence for the U.S. Pacific Command, characterized a potential Chinese invasion of Taiwan during a July lecture. It is no secret that Chinese President Xi Jinping views reunification with Taiwan as a legacy-defining achievement, and China’s recent actions indicate that he may seek to make it a reality sooner rather than later. For decades, the U.S. has successfully deterred China from invading Taiwan with unquestioned military superiority and the threat of massive retaliation. Today, those deterrents have weakened, leaving Taiwan — and the U.S. — in a dangerous place. The United States must strengthen deterrence against China while preparing for victory in a potential military conflict. And it must do so now: the hour of action may not be far off.

The calculation over Taiwan has drastically shifted in recent years. Until a few years ago, it was impossible to imagine China defeating a U.S. force coming to the assistance of the Taiwanese. The balance of power has rapidly shifted in the last decade. China has transformed its military into a modern, powerful fighting force, while the United States has largely stood pat. An October 2020 simulation at the Pentagon, reported by the New York Times, indicated that a war over Taiwan would be a protracted fight and that the United States would struggle against new Chinese weaponry. This year, the logistical and operational debacle of the U.S. withdrawal from Afghanistan undoubtedly reinforced China’s belief that the U.S. is a weakening power slowly losing its grip on world affairs. Since then, China has raised its saber-rattling to a new level, with the launch of massive war games and a simulated invasion in August, followed by 56 breaches of Taiwanese airspace on Oct. 1, China’s National Day. Worse, the Chinese have begun to seriously question whether the U.S. will even put up a fight. They watched as we failed to unite in the face of a pandemic, instead allowing it to deepen our political and cultural divisions. They wonder, perhaps rightfully, if the United States still has the capacity to come together with common purpose in response to grave national threats. A lack of American resolve might do more than anything else to embolden China to take Taiwan.

So what must the United States do about it? The Trump and Biden administrations have both taken small steps in the right direction as they worked to orient American foreign policy towards a great power rivalry with China. Interactions between Taiwanese leaders and high-ranking U.S. officials have become more frequent. The U.S. has also subtly moved to bring Taiwan more fully into the international community by encouraging allies to issue public statements of support and supporting efforts to make Taiwan more involved in multilateral institutions. These steps are important in demonstrating the willingness of the United States and its allies to defend Taiwan and deter China from launching an attack. But the White House keeps sending mixed messages. President Biden has publicly committed to defending Taiwan in the event of a military conflict twice since August, and both times the White House has inexplicably walked his comments back. We should be unambiguous about our intent to defend Taiwan from a Chinese attack and encourage our allies to make it known that they will join the fight.

We also must prepare to defend Taiwan militarily. Arms sales to Taiwan have become more regular in the last several years, and the U.S. has invested more in training the Taiwanese military. Ultimately, though, Taiwan is too small to fully defend itself in the face of a Chinese attack without direct American military assistance. We must ensure that we have the military capability to fully defend Taiwan. Most important is a strong U.S. Pacific Fleet with the ability to disrupt the movement of Chinese soldiers and supplies across the Taiwan Strait. The U.S. must pursue a two-pronged approach to Taiwan: deter the Chinese from attack by showing our resolve and preparing to win by ensuring that our military — especially our Navy — is ready for the fight.

Of course, you might be asking: why does Taiwan matter? Indeed, it is easy to envision a coalition of isolationists in both parties objecting to the U.S. fighting to defend a faraway island with little imprint on the American mind. But the Taiwan question must be considered in the broader context of the emerging great power competition between the U.S. and China and the generational battle between Western democracy and Xi’s authoritarianism. To capitulate on Taiwan would be to wave the white flag in those fights. It would show the entire world that the U.S. cannot be relied upon as an ally, that democracy’s commitment to pluralism is also its downfall. It would mark the end of the United States’ reign as the preeminent world power and cede the title to China, allowing it to fashion a world in its own image. Such a world is not one that I want to live in. We must do all that we can to see that a war for Taiwan never occurs. But if it does, we must fight. And we must win.