Lessons of Eloquence and History: Louis Menand at Colgate 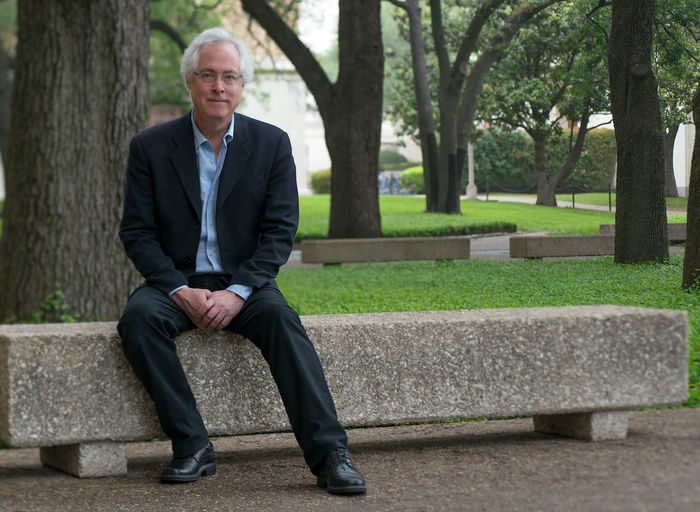 ELOQUENCE AND HISTORY: Professor Menand visited Colgate on Oct. 20 and spoke on the sexualization of women on comic book covers throughout the 20th century, as well as provided commentary on his recently published book, “The Free World: Art and Thought in the Cold War.”

One of the great privileges of higher education is having the opportunity to learn from leading intellectuals – let alone a Pulitzer Prize-winning historian, long-time New Yorker columnist, double-endowed professor at Harvard University, and a recipient of the National Humanities Medal by President Barack Obama.

This is a short-list of the many accomplishments, awards, and honors, the Lee Simpkins Family Professor of Arts and Sciences and the Anne T. and Robert M. Bass Professor of English at Harvard University, Louis Menand has received.

Menand came to Colgate last Wednesday, Oct. 20 to speak on the sexualization of women on comic book covers in the mid-1900s, with his talk sponsored by the Division of Social Sciences Dennis Fund, the Division of Arts & Humanities, the History Department, and the English Department.

The topic of his talk, although adrift from the subject matter in his most recently published book, The Free World: Art and Thought in the Cold War, provoked imperative questions of dangers to literacy, while simultaneously interrogating gendered perceptions of women in the mid-1900s with applications to modern-day society.

“What kind of art is good? The chance to work in a permissive and lucrative enterprise launched a true artistic talent into the field. Imagination was rewarded.” Menand said during his talk, probing questions of philosophy and analyses of cultural values.

Following a sudden realization of coincidence that Graham Hodges, Professor of History and Africana & Latin American Studies, Peter Balakian, professor of humanities and English, and President Brian Casey, were all reading Menand’s new book, the three teamed up to bring Menand to campus, with the intention and hope of bestowing his intellect, eloquence, and groundbreaking thinking amongst their students and fellow Colgate University peers.

It was undeniable that bringing Menand to campus would not only foster new veins of thinking amongst both faculty and students, but that “having Menand talk here would enrich our campus community,” Hodges said.

On a similar note, Balakian, who played a key instrumental role in bringing Menand to campus, harped on the memorability of Menand’s impact on higher education, in addition to the privilege of learning from the esteemed professor and writer.

“Many of us in this room have been learning from him for decades, whether from his books or from his incisive and elegant essays that have appeared in The New Yorker month after month for over 30 years,” Balakian said while introducing Menand in the opening of the talk.

Love Auditorium, where Menand spoke, was fully packed with students and faculty from a variety of disciplines, ranging from history, English, economics, political science and art, speaking to the power of Menand’s thinking and writings of cultural movements and histories of thought.

Junior Brennan Troy, an English major, attended the talk as a part of the curriculum for his fiction writing workshop class, with the hope of hearing the legendary English professor provide words of wisdom. Troy left the talk in awe of Menand’s calm disposition, yet stunning oration skills, in addition to a newfound appreciation for his niche insights on the history of comic books.

“Menand completely changed my perspective on what I originally thought was a small, non-controversial history of comic books,” said Troy. “It was the highlight of my semester.”

Menand’s talk on the comic book industry – a seemingly “non-controversial” form of art as Troy noted – exemplified the versatility of his research and writings, while simultaneously invoking introspective thinking amongst the audience.

“Hearing the lecture, meeting and dining with Menand and his wonderful wife, Alison Simmons, Samuel H. Wolcott Professor of Philosophy at Harvard University, are the kind of special occasions Colgate bestows upon faculty and students,” Hodges said of Menand’s time at Colgate. “His presentation on comics, pulp novels and censorship in the 1950s was apparently crafted for this moment, though I would not be surprised to see it in print sometime soon. Menand’s visit and lecture gave the Colgate community a report and insight into the mind of one of America’s most important cultural intellectuals.”