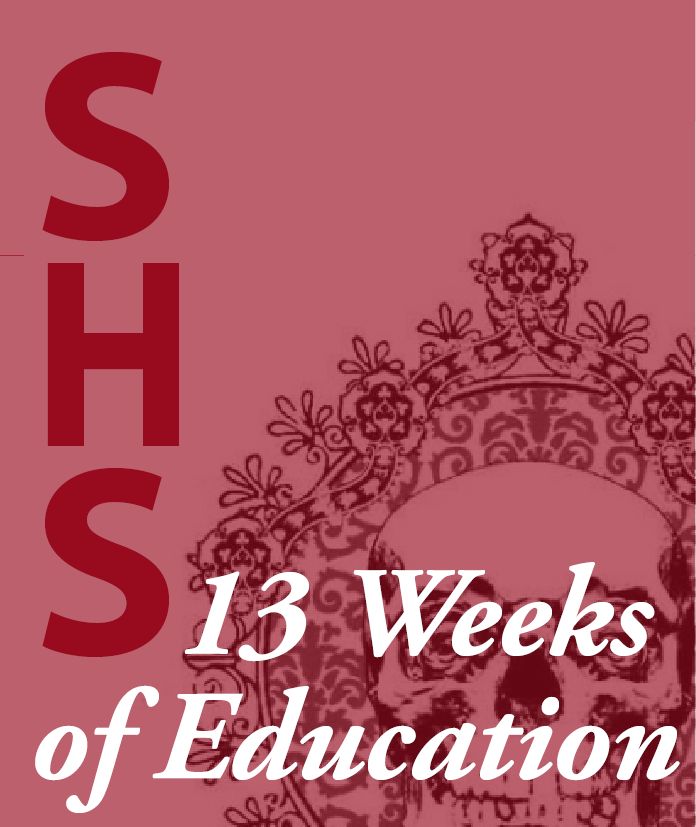 Colgate’s Senior Honor Society kicked off their 13 Weeks of Education this week with the series’ first event, a panel titled “Taking up Space in Anti-racism” on Thursday, Nov. 11 in ALANA. The 13 events mark the group’s second annual anti-racism education series — Senior Honor Society (SHS) and the Colgate Student Coalition hosted their first 13 Days of Education series virtually in fall 2020 during the semester’s universal quarantine.

SHS co-president senior Eliza Leal, who planned and attended an event for last year’s 13 Days of Education on anti-Blackness in the Latinx community, recalled the impact the series had on her own identity.

“I had never hosted a discussion of that magnitude that was so central to my own identity as a Latinx woman,” Leal said. “This event itself and the 13 Days as a whole inspired my passion to become more of a social advocate in my community and ultimately apply to be part of SHS to allow these conversations to flourish in Colgate’s community as much as possible.”

Where last year’s series had events for 13 consecutive days during the quarantine period, this year’s series, held in person, includes one event each week centering on a different topic during the academic calendar between November and April.

“Every week, by tackling a separate topic (sexual assault, identity politics, etc.) and by tying it back to anti-racism as an overarching theme, we hope to emphasize the intersectionality among these topics and the importance of an intersectional framework when we work on these sensitive but meaningful topics,” SHS co-president senior Alex Tran said.

According to SHS vice president Gretchen Bowers, the group changed the series format from 13 days to 13 weeks to allow for greater community participation.

“We wanted people to have an opportunity to engage, so if they are abroad, or overloaded during a given week, they [would not] miss a bulk of the events,” Bowers said.

SHS member senior Vanessa Perez Marquez, explained that the panel-led discussion focuses on understanding what it means to live in a society filled with racism, classism, sexism and other intersecting forms of oppression.

“The goal for this event is to have a healthy and productive discussion addressing identity and privilege within anti-racism and other -ism’s,” Perez Marquez said. “We want to raise awareness on how to be our best selves in the spaces we occupy within this community and beyond.”

Perez Marquez, one of the primary planners for the panel, said that as a first-generation college student from an immigrant family, she became involved in anti-racist activism during high school after witnessing inequality and injustices throughout her life.

“[SHS] gave me the opportunity to give back and create events like this where hard but necessary discussions can occur and hopefully progress as well,” Perez Marquez said. “I was passionate about [the event] specifically because I think it’s important to recognize privilege and complacency within our current political climate and society in general. I believe that learning how to navigate your identity and privilege in the spaces you occupy is imperative in becoming a proactive activist.”

Like Perez Marquez, West hopes to inspire others to challenge their perspectives by sharing her experiences on the panel.

“I am hoping that through sharing my personal experiences on campus, I will help students to empathize with others and encourage dialogue,” West said.

West believes in the power of anti-racism education, but wishes its lessons began earlier in life, particularly for white children.

“I am passionate about anti-racism because of the double standards that exist when referring to the teaching of our nation’s history. If children of color are being subjected to acts of racism with no regard for their age, I think it is important to begin anti-racism discussions with white children and adults [early on] so that we can produce well-informed and tolerant students,” West said.

But West, Leal and Perez Marquez all agree that is never too late for people to begin engaging in anti-racism.

“If faculty, students and staff can work collaboratively in combating these -ism’s, keeping privilege and identity in mind, much-needed work can be done,” Perez Marquez said.

Following the panel, the 13-week event series includes two more events before the end of the semester. The second week’s event, “Reclaiming History: The Land We Stand On,” will feature a film screening on the trauma and legacy of U.S. government American Indian boarding schools, and the third week centers on “Unpacking Latinx Identity and the Legacy of Colonialism.” After winter break, the series will recommence with nine more weekly during the spring semester.