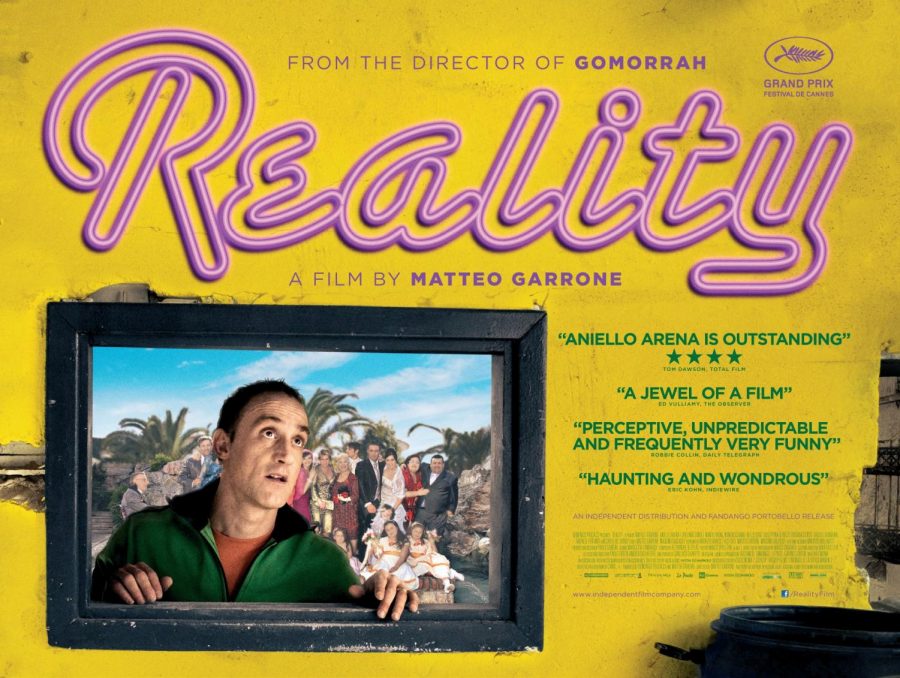 “REALITY” IN FICTION: Italian filmmaker Matteo Garrone’s film, titled “Reality” was shown as a part of the Friday Night Film Series. The film explores the line between what is real and what is stimulation and how that line can be blurred.

Last week’s Friday Night Film Series film, sponsored by the Film and Media Studies Program and co-sponsored by the Department of Romance Languages and Literatures, was “Reality” (2012) directed by Italian filmmaker Matteo Garrone. Shown on Nov. 5, “Reality,” the winner of the Grand Prix at Cannes Film Festival in 2012, tells the story of Luciano, a Neapolitan fish merchant who dreams of getting on the Italian version of the reality television show “Big Brother,” “Grande Fratello.” Luciano, played by Aniello Arena, becomes increasingly obsessed with the prospect of the show as his grasp on reality slips (hence the title). After being persuaded by his family to audition, he travels to Rome, where the assistant director dismisses Luciano by telling him he will be contacted if selected. When Luciano returns to Naples, he begins hallucinating that cameras are watching him. He sells his shop and starts giving increasingly expensive gifts to the poor to appear generous. His family becomes devastated as he spirals deeper and deeper into illusion, eventually making a pilgrimage to Rome to prepare for his nonexistent part in the show, which has become his sole purpose in life.

In an interview with Hubert Vigilla for Flixist.com, Garrone expanded upon the competing forces of reality and delusion in the film, saying:

“One of the most difficult things was to find the balance between the dimension of the fairy tales and the real world: to be real to the story but at the same time give the audience the feeling that this could also be just dreams. It’s a fairy tale, yes. For me, it’s a sort of cartoon, in a way. It’s a Pixar movie.”

The movie is almost surrealist, a sort of cinematic case study that is simultaneously a comedy and a tragedy. Interestingly, the film was also based loosely on a true story. In the interview for Flixist, Garrone explained his inspiration came from conversations with his wife’s brother on his prior obsession with “Grande Fratello.” Garonne described his brother-in-law’s obsessions:

“This is an aspect I found interesting in the true story. That he became a sort of saint to reach his goal. But, at the same time, I think that for [the character in the film] during the journey — not just the geographic journey in my country but also the psychological journey — his problem became more existential in a way. Because for him, to go inside of the television is a means to prove to everybody that he exists in a way.”

“Reality” shows the complexity of natural reality versus engineered reality, an especially pressing point in our modernizing world. As sophomore Izzy Olavarria said:

“I really enjoyed “Reality” because it brought up themes from Film and Media classes and I was able to recognize many words and phrases from my Italian language class.”

If you’re interested in future screenings in the Friday Night Film Series, more information can be found on the Film and Media Studies page on the Colgate website.