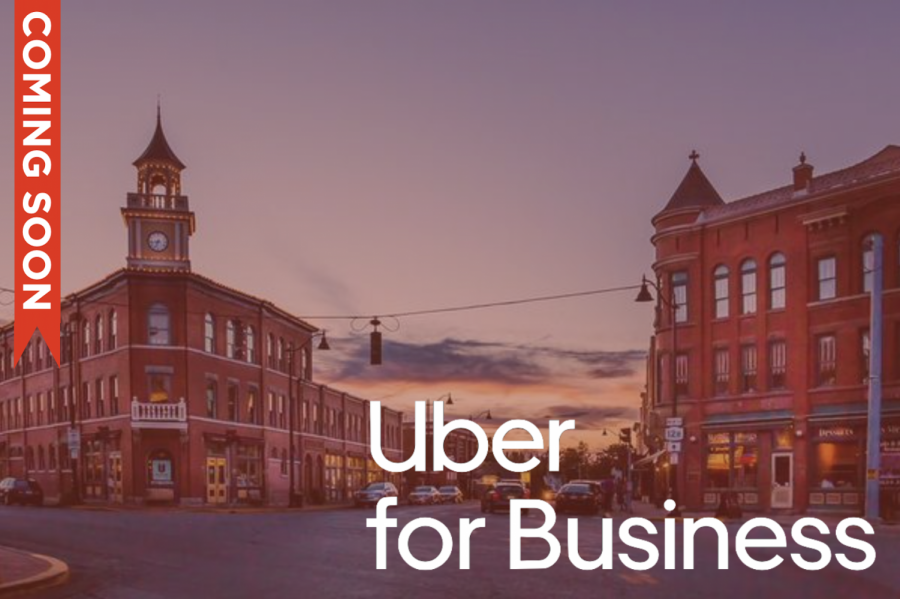 Colgate University announced a new partnership with popular rideshare company Uber, aiming to provide more on-demand transportation services for students. The service, publicly announced on Nov. 1, will launch under Uber’s Student U4B University Program which allows students to set up a university profile on the Uber app and have access to drivers in the Hamilton area.

The new resource intends to alleviate the need for flexible, on-demand rides from campus to the Village of Hamilton and off-campus housing complexes, according to Director of Purchasing Simon Fritz.

While the U4B University Program is new to campus, Colgate’s partnership with Uber is not. According to Fritz, Uber has previously provided travel needs for Colgate’s faculty and staff, but not yet for students.

“Colgate signed a contract with Uber for faculty and staff travel. We saw a lot of expense reporting from faculty that were either international or in New York and we wanted to integrate with Uber so they could feed right into our Concur expense management tool. So, things were going along pretty swimmingly, we had just started it, and then COVID-19 hit, and people stopped traveling pretty much,” Fritz said.

Because of Colgate’s existing partnership with ZipCar, the need for Uber was not prevalent on-campus before this year, according to Fritz. Starting in 2011, students and faculty had access to two on-demand cars via ZipCar, a car-sharing company that allows universities to have a certain number of parked cars available to students at a fixed rental cost. After ZipCar stopped providing the two cars in 2020, a need for relatively quick and easy rides opened up.

“When ZipCar made the decision to no longer offer services on campus, the University explored alternative opportunities for student transportation needs,” Dean of Students Dorsey Spencer said. “As a result, [as the Dean of Students], in coordination with the purchasing office, [I] pursued extending Colgate’s existing partnership with Uber. As a part of the agreement, Uber will allocate a driver to our area and Colgate will publicize the launch and availability of this new transportation option. Uber is an independent service provider, somewhat similar to ZipCar, and is a small-scale transportation option to allow additional flexibility for students.”

Although Uber did not previously employ drivers in the general area of Hamilton, they will now begin to recruit drivers available for on-call rides. These rides will be at students’ disposal, serving as a local alternative to the Cruiser. However, while the Cruiser service is free, students will have to pay for their Uber rides privately through the app. According to Fritz, the Purchasing Department sees this alternative service as an option of convenience for those who don’t want to wait for a Cruiser, particularly at night.

“There was still a gap about late-night transportation, especially with inclement weather. People need to maybe get pizza at 3 a.m. downtown in the Village of Hamilton, and they’d have to get a ride. I guess, in theory, they could try to flag stop a Cruiser or they could call on-demand or campus safety, or they could walk or try to hitch a ride. But really, we thought, who else could do this?” Fritz said.

For people who live further from campus — whether in the Wendt, apartments, townhouses or off-campus — there are limited options available for getting to and from class, which often forces students to rely on the Cruiser system for immediate or scheduled transportation. Junior Tommy Subak uses the Cruiser every time he goes from his townhouse residence to campus up the hill, as his only other current option is to walk.

“The drivers are almost always courteous and efficient in getting to locations. However, the cruisers are fairly unreliable. Since people living down the hill depend so much on the cruiser, it is an issue when they do not come on time. Especially since it can take up to 20 minutes to walk up to class, and the weather is not getting any warmer,” Subak said.

When Subak heard of the new Uber program, he did not believe it would necessarily help with the transportation needs on Colgate’s campus.

“This is the first I’m hearing of the program, but I don’t think it would mend the issue that the unreliable Cruisers have,” Subak said. “Let us imagine that the 8 or 9 a.m cruiser fails to arrive for its route. This often leaves about a dozen people in need of a ride up the hill. An Uber request would not be enough to pick everyone up, and by the time it comes, it would be advantageous to walk to campus. If Colgate is looking to improve its public transportation, in my opinion, the far better option would be to fix the Cruiser schedule than to try and start an Uber service on campus.”

Senior Jack Underhill expressed similar sentiments of frustration regarding the limited number of transportation options, yet remains interested and excited about the possibility of using Uber.

“I don’t necessarily see an Uber option on campus as being a viable replacement to the Cruisers, which serve large groups of students at once that would otherwise all be competing to secure rides to the same place,” said Underhill. “However, for students without cars on campus, Uber transportation to locations farther afield (like the townhouses, off-campus living and in town) could increase the amount of individual flexibility for running errands and using one’s time most effectively. It shouldn’t require knowing someone willing to give you a ride or lend a car to complete a trip into town by oneself on one’s own schedule.”

While Colgate works on improving its options for transporting students between campus, off-campus residences and village destinations, adding Uber may help increase reliable, on-demand transit. Spencer foresees that the addition of this program will be most helpful in providing short rides to students who need a reliable and quick way to get in and out of town.

“We anticipate the most popular rides will be those within the Village of Hamilton, particularly at night, on weekends and during inclement weather. The Uber program is one of few options for students who need transportation to or from campus and around the Village and Town of Hamilton,” Spencer said.

However, as the supply for rides on the Uber app runs solely based on local demand, Colgate students and faculty will have to use the service if they want it as a continued option for campus transportation. According to Fritz, Colgate anticipates that the rides will be most readily provided on weekends when students are heading down to the Village of Hamilton or to social houses on Broad Street.

“I’m not a hundred percent sure what hours they would run, but my thinking has always been that Thursday, Friday, Saturday and perhaps Sunday would be the primary hours for having an Uber driver,” Fritz said. “It’s really based on need. If we have Uber as an option and no one uses it, in terms of a business model, they probably wouldn’t have someone that would be convenient. If there’s enough volume here, it will be a consistent service model.”

As the program rolls out, Fritz and Spencer encourage all students and faculty to download the app and create a free account by setting up their university profile. From there, Uber rides in Hamilton will be available by demand.