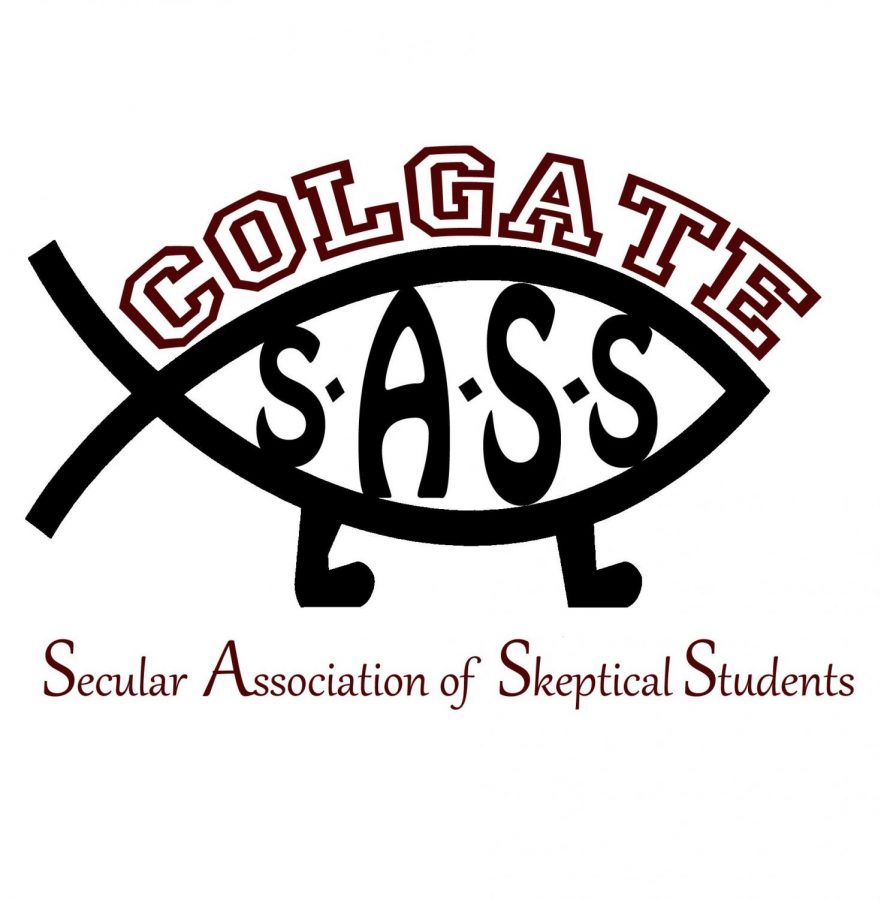 Alleviating the Stigma of Atheism on Colgate’s Campus

The Secular Association of Skeptical Students is a religious group that promotes education, cooperation and action within a community for students who hold secular beliefs. Their mission is to “have an outlet for people of non-religious views to add to the interfaith discussion and to help alleviate the stigma against non-theists that exist in society,” according to the club’s GetInvolved page.

The group is led by two first-years: Paul Schulze, a mathematics concentrator from Austin, Texas, and Rachel Plasky, from Philadelphia, Pa., who is undecided as to her concentration. They stepped into their leadership positions when asked if anyone wanted to volunteer, as most of the club’s members graduated in the class of 2021. Both Schulze and Plasky are committed to growing the already vibrant religious community at Colgate and making space for conversations that secular students can have with one another, as well as students with various religious beliefs.

“There’s always an issue with people not actively identifying as atheists at this school. People might not be religious, but they don’t claim the atheist identity,” Plasky said.

Schulze and Plasky were in agreement about the religious climate at Colgate, especially as it relates to the stigma around atheism.

“When I really wanted to recruit people for the club, I would ask my friends if they believed in God. I got more ‘nos’ than ‘yeses’, but it seems like people have this kind of ambivalence towards religion. When you look at all of the clubs in the chapel, they’re not super huge,” Schulze said.

Ellie Pitkowsky, an educational studies and psychology concentrator from Short Hills, N.J., agrees that there seems to be a stigma surrounding atheism both on our campus and in this country as well.

Although the Colgate religious community is small, it is vibrant.

“I will say, though, I’m super impressed with the religious communities here. They are all really welcoming places,” Plasky said.

We don’t always get to choose what religious views we are raised with, which makes religion interesting. Schulze and Plasky were not raised as atheists, but the Secular Association of Skeptical Students has allowed both of them to develop their atheist identities.

“I was raised Lutheran, which means I was effectively raised secular, except I went to church twice a year. My family was never deeply religious, and my parents have been questioning their religious beliefs for a while. My mom calls herself a ‘recovering Christian,’” Schulze said.

Schulze’s curiosity about religion started in high school, which allowed him to independently learn about atheist traditions.

“I started getting more into the philosophy of religion and how to be moral and have a sense of community and get all the things that religion provides without actually having a belief in God,” he explained.

Plasky, on the other hand, was raised Jewish.

“My family is Jewish, but no one is too into it. I went to Hebrew school for four years, but I didn’t believe anything was happening. It was more of a non-religious experience for me, I guess. I’ve always identified as atheist and Jewish,” she said.

For Schulze and Plasky, coming to Colgate opened the door to religious exploration.

“Coming here, I wanted to engage more with [my] atheist side. No one from my hometown actively identifies as atheist,” Plasky said.

During their meetings, Schulze and Plasky lead thought-provoking discussions, providing resources and information from a variety of sources.

“Last meeting our topic was about spiritual needs. … We examined this document by this group called ‘The Sacred Design Lab’ that talks about how to foster a sense of belonging and a sense of purpose and how to achieve those things from an atheist perspective. We talked about which of those needs we think are actual needs and which of those are needs for religious people,” Schulze explained.

Not only do the members of the group discuss their own religious views, but they also think about atheism in the context of the broader United States.

“During our first meeting, we spoke about how when you look at religious affiliation in America in the past 20 years, you see a huge spike in people who are unaffiliated. We talked about what was causing that, why that was happening and what it meant,” Schulze said.

Plasky and Schulze have the rest of their Colgate careers to grow this club into an even more vibrant community than it already is, and they have many plans for doing so.

“We plan on having events at certain points and having things open more to the community here,” Plasky said.

Learning from Schulze and Plasky about the Secular Association of Skeptical Students and atheism in general can allow students to question their own beliefs and the religious practices they were raised with.

“I wasn’t aware of this club at all. It’s probably a great resource and support system for people [who] identify as atheist. I feel like the reason so many people still don’t know about it is because it is becoming less and less popular to be involved in religious groups in general. If more people knew about it, though, attendance would rise for sure,” Pitkowsky added.

Perhaps if more students knew about this club, the stigma against atheism both on this campus and in other communities would diminish. Schulze and Plasky are working to uplift religious voices that are often not heard. The future of the atheist community at Colgate looks bright in the hands of these two driven, intelligent first-years.