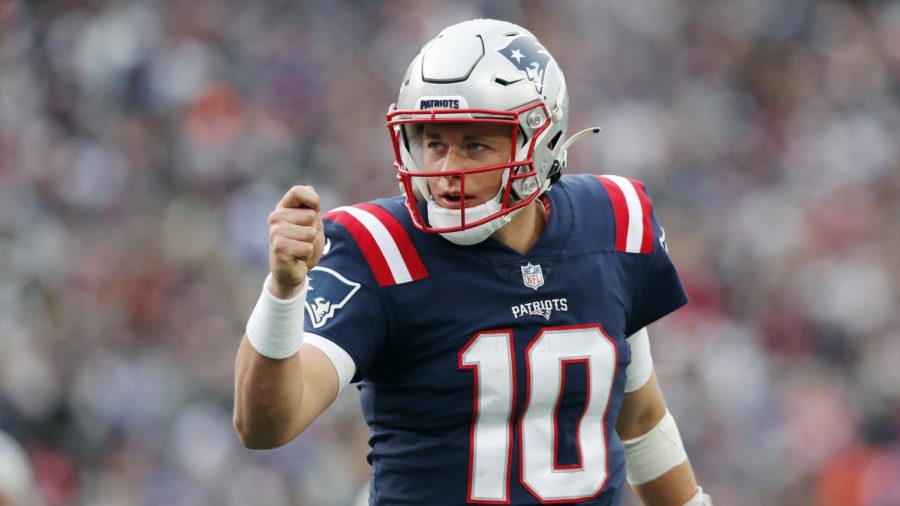 MAC ATTACK: Mac Jones has led the New England Patriots to a four-game winning streak and the team is now in playoff position.

The New England Patriots are not supposed to be as good as they are. Led by rookie quarterback Mac Jones, the Patriots have shocked the NFL and are still a superpower in the AFC East. In a tough Week 10 matchup against the Cleveland Browns, the offense looked unstoppable. Offensive coordinator Josh McDaniels seemingly made the right call on every play, torching the Browns defense for easy yards on screenplays and opening the playbook up to let Jones torch them deep. With a traditional, shutdown defense and this high-powered offense, the Patriots were able to destroy Cleveland and prove to the NFL that they were the real deal.

The Atlanta Falcons cannot escape bad football purgatory. In their Week 10 43-3 loss to the Dallas Cowboys, Atlanta looked lost. It appeared as if they had no clue what they were doing in the NFL. Without star receiver Calvin Ridley, the offense has no way to get tight end Kyle Pitts open, causing the offense to look hopeless. Their defense is one of the worst in the league and it showed against Dallas. Expect the red hot Patriots to storm into Atlanta and leave with the win.

A few weeks ago, being an Eagles fan at the start of the Nick Sirianni era simply felt hopeless. The team lacked an identity, any form of discipline, and most importantly, a competent play caller. What changed? Three words: running the ball. The entire city of Philadelphia came together and jointly screamed their lungs out to Sirianni to stop being so pass-happy as a play caller and let his team ground and pound behind a talented offensive line. And over the past few weeks, that is exactly what has happened. The Birds have accumulated 626 rush yards over the past three games, including 214 against the Denver Broncos’ Top 10 run defense en route to a big road win. The team is gaining momentum through a complete shift in offensive philosophy, and I believe this will only continue when they welcome Trevor Siemian to the Linc on Sunday. The Northwestern product has had to step in for the injured Jameis Winston and definitely limits what Sean Payton and the Saints can do offensively. Eagles Defensive Coordinator Jonathan Gannon will be able to draw up a more aggressive game plan and shy away from his unbelievably conservative bend-but-don’t-break style. The Saints, losers of two straight, will be bested by an Eagles team on the up.

The Jets were absolutely dismantled in their loss to the Buffalo Bills over the weekend. Meanwhile, Jets quarterback Mike White may want to retract his claim to having first overall pick talent after throwing four interceptions and no touchdowns. He was seeing ghosts all afternoon. Who would have thought that Joe Flacco would be the best Jets quarterback on the day? On the other hand, the Miami Dolphins, led by a resurgent Tua Tagovailoa (following an injury to Jacoby Brissett) took down a strong Baltimore Ravens team at Hard Rock Stadium. Their upset victory came completely out of left field, but they looked like a team that is capable of winning football games, especially against teams like the New York Jets. If the Dolphins were able to stymie the efforts of the young legend that is Lamar Jackson, I can only imagine what their defense will do to Mike White (or dare I say… Joe Flacco).

All of my previous picks have been based off of statistics and recency bias, and those picks have been terrible, so this week I’m going with a “feel” pick. I scanned all the games, and I just thought, “This feels like a game the Colts would keep close.” The Colts have been weird this year, as they sit at 5-5 and are still vying for a playoff spot. I actually still have a little bit of faith in this team. Carson Wentz has been an above-average quarterback this season with a great touchdown to interception ratio (17 TD’s 3 INT’s), and the Colts have played pretty well for much of the year. Jonathan Taylor has run all over teams, and he leads the NFL in rushing yards. Although the Bills dominated the Jets last week, it’s still the Jets. I’m not taking their loss to the Jaguars lightly either. They’ve had three weak opponents in a row who have a combined 7-21 record, and facing the Colts will be a step up for them this week. I can see them starting slow because of this. I think the Colts will keep this one close with their dominant run game and give the Bills a run in Buffalo.