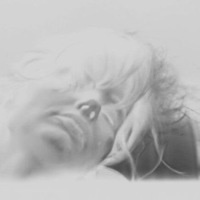 To finish off the Fall 2021 Friday Night Film Series, students and faculty gathered in Golden Auditorium to watch Ridley Scotts’ 1991 film “Thelma and Louise” followed by Associate Professor and filmmaker Jessica Bardsley’s 2019 short film “Goodbye Thelma.” The event, sponsored by the film and media studies and the women’s studies programs, concluded with a short Q&A with Bardsley, who is also a Film Study Center fellow at Harvard and a visiting assistant professor of film and media studies here at Colgate.

The screening celebrated the 30th anniversary of “Thelma and Louise,” a film that is widely regarded as a watershed moment for feminist filmmaking. The plot follows two women, the titular characters Thelma and Louise, on what is originally supposed to be a carefree road trip. However, when Thelma is almost raped by a man outside a bar, Louise shoots the man, and the two begin their journey to Mexico to try and evade police capture. The film explores themes of rape culture, liberation and the power of female friendship, as well as bringing up interesting questions on the law and self-defense in a high-action format.

“As it was my first time watching the film, I really enjoyed being completely captured by the escalating suspense in the plot,” junior Colin Clark said. “The screening was a strong way to conclude the Friday Night series.”

The film was followed by Bardsley’s 13-minute autofiction, “Goodbye Thelma,” which includes footage from “Thelma and Louise,” combined with footage of Bardsley’s own, together creating a commentary on the realities of traveling alone as a woman. Much of the film utilized inverted footage and separate audio, creating an unnerving, almost alien look to familiar scenes of nature and the backroads of the United States.

In the conversational Q&A, one attendee asked the meaning of Bardsley’s stylistic choices.

“[I wanted] to take this material and make it my own, part of that is giving a new soundscape, and the other part is using color inversion as a metaphor for fear and a different way of showing the distortion of perception. For me, this way of visually distorting color was a way to communicate a certain psychological state.”

The film acted as a continuation of the story of Thelma and Louise to Bardsley. In the autofiction, she recounted seemingly innocuous situations which terrorized her as a woman traveling alone. The combination of Ridley Scotts’ classic 90s film with Bardsley’s modern experimental work created a profound effect on several audience members.

“I really enjoyed the experience watching ‘Thelma and Louise’ and the short film “Goodbye Thelma.’ It was my first time watching the film and I was not sure what to expect, but I was surprised by much of the layered meaning and social critiques,” junior Tom Feeney said. “The manner in which the short film built on ‘Thelma and Louise’ was very engaging while still giving a new perspective.”