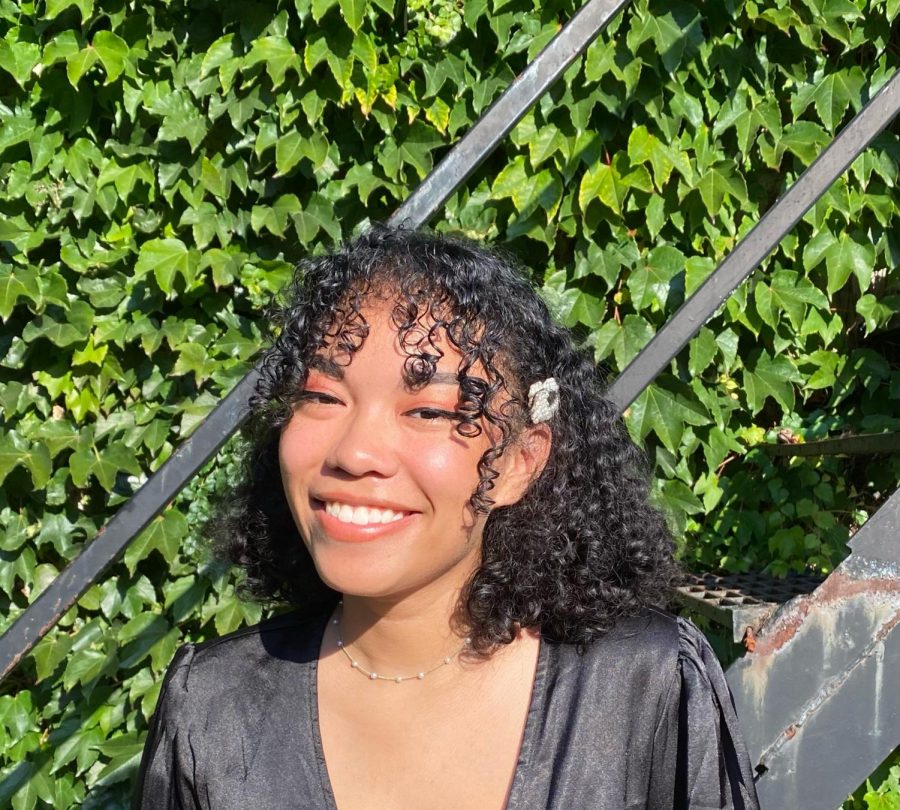 Printed with permission of Amanda Lue

Although the end of the semester is a time filled with stress, exams and planning transportation for winter break, this time of year also marks the last moments of seniors’ final fall semester. Thus, it’s the perfect time to acknowledge seniors’ contributions to campus made during their years at Colgate. Amanda Lue is one such senior who has a significant presence on campus channeled through her commitment to her academic concentration, extracurricular activities and the Colgate community.

Lue, an international student from Kingston, Jamaica, has been immersed in the academic and social community on campus for a considerable amount of time as the COVID-19 pandemic has prevented her from traveling home for school breaks since last Christmas. During this time, she discovered her passion for science, deciding to pursue an Astronomy/Physics concentration. Lue also described the variety of clubs she is involved in, dating back to her first year on campus, beginning with a Center for Outreach, Volunteerism, and Education (COVE) club.

“I co-lead this COVE team called Do Random Acts of Kindness [D0RAK], and I have been co-leading it since I was a first-year. It’s one of my favorite things I have done at Colgate because it is a group that is focused on being able to make an impact with small numbers and small acts and showing that you can change the campus atmosphere without doing something super big. So, we have drawn things on the quad and we do a reverse trick or trick to give people candy. It’s a great way to meet people who want to be involved with the campus community.”

Lue further described the clubs and organizations on campus that are meaningful to her. Before pandemic restrictions, she was involved with Shock, a dance group that allowed her to perform with her friends and fellow students. Among her extracurricular activities, the Caribbean Students Association has been a particularly impactful part of Lue’s Colgate experience.

“I co-lead the Caribbean Students Association. Right now, we are experiencing an inactive semester because a lot of people graduated and this semester is very busy for me personally, but it is also really important to me because there are not a lot of Caribbean students. … Having a space where people can come together and share their culture in this really cold, faraway place was really helpful for me when I first came here, so I want to continue providing that space for Caribbean students or people interested in Caribbean culture. So, in the spring we have Carribean Week where we offer dance classes, we have Carribean food sometimes in Frank and we have talks and family dinners.”

Shifting from her extracurricular activities to her academic interests, Lue discussed her passion for astronomy and physics and how her past summer research experience solidified her interest in the field of astronomy.

“I really want to be involved in more independent astronomy research in the future so to prepare for that, I have been trying to do summer research every year. My first summer, I didn’t know what my [concentration] was as a [first-year] but still applied for summer research at Colgate and worked in a lab where we did physics and biology. I realized that I liked the astronomy part of physics, so I have done astronomy research these past two summers.”

Lue further explained the specific research projects that she conducted between her junior and senior years, both at Colgate and beyond.

“My second summer, I did remote astronomy research for Colgate with [Associate Professor of Physics and Astronomy Jeff] Barry. We looked at how stars get material from their circumstellar discs on them. This past summer, I wanted to see how other astronomers work so I ended up working at [the University of Texas] Austin. We did more theoretical astronomy. I worked with this star formation simulation called Star Forge, and we basically looked at how a star forms. I got to publish research notes and I will be presenting the research at a poster session at the American Astronomical Society meeting this January.”

Lue, alongside many seniors, has committed herself to extracurriculars and course work that contribute not only to her own college experience, but also to the entire Colgate community.