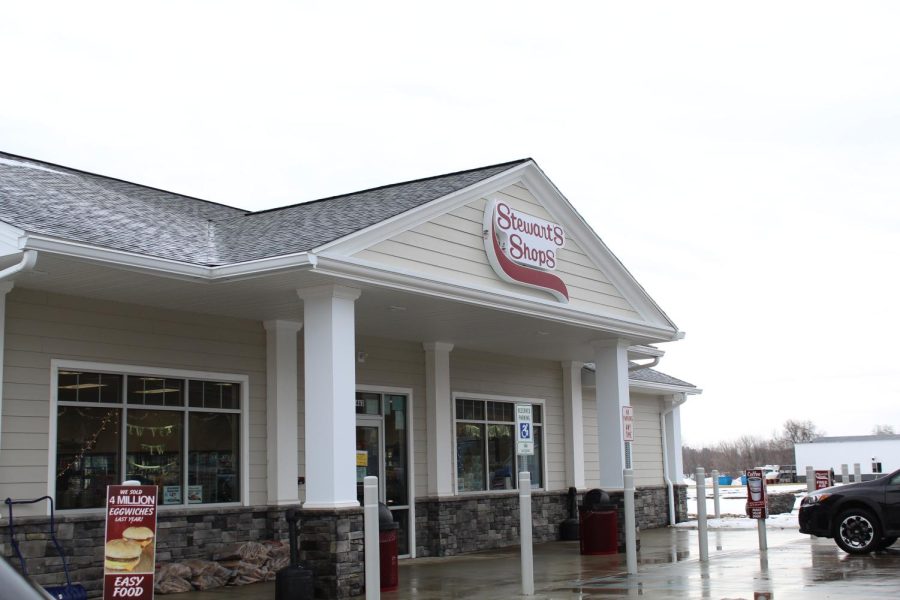 A new branch of Stewart’s Shops — a convenience store chain with over 350 locations across Upstate New York and Vermont — recently opened in Hamilton across from Price Chopper on Route 12B. Opening its doors at the end of January, Stewart’s, known for its selection of fresh ice cream, sits in the location formerly held by Blue Ox towing company.

The opening of the location has brought up concerns of business competition with Byrne Dairy, a dairy shop located in the heart of Hamilton next to the Colgate Bookstore. Both Byrne Dairy and Stewart’s are New York chain stores specializing in dairy products, meaning the two operations will butt heads in order to garner business.

Lawson also spoke on the demographics of the customers most often found at Stewart’s. For the majority of the day, most customers are local villagers who are excited about the growing business in Hamilton, he added. Colgate student-athletes also constitute a large portion of the customer base, who come to Stewart’s after practices or games for team ice cream trips, Lawson noting that like many local businesses, Stewart’s accepts ‘Gate Cash for payment.

Football player sophomore Matthew McGeary said he went to Stewart’s upon returning to Hamilton after winter break, excited to scope out the growing storefront.

“They have self-serve food and a beer cave. It’s a lot larger in there, too, and they have more food options,” McGeary said when asked about the differences he observed between Byrne Dairy and Stewart’s. “I do think that competition between businesses is a good thing. The competition will benefit students and make the shopping and dining experience better, too.”

McGeary said he views the opening of Stewart’s as a welcome addition to the limited selection of dining options in town, adding that while the distance to the new storefront is negligible when driving, walking to the location from campus is far more difficult.

Brittany Marks, a cashier at Byrne Dairy, commented on the competition between Byrne Dairy and Stewart’s, and the potential impact on the local village community.

“Business isn’t any slower than usual. … The competition is with the ice cream. Byrne Dairy has a wider range of products. Not as much overlap as you’d think,” Marks said. “There’s an opportunity for eggnog all year now. It’s friendly business.”

The impact has not been widely seen in the heart of Hamilton, according to Marks. With regard to the business practices of Hamilton’s Byrne Dairy, not much has changed either.