The Pax Americana Dies in Ukraine 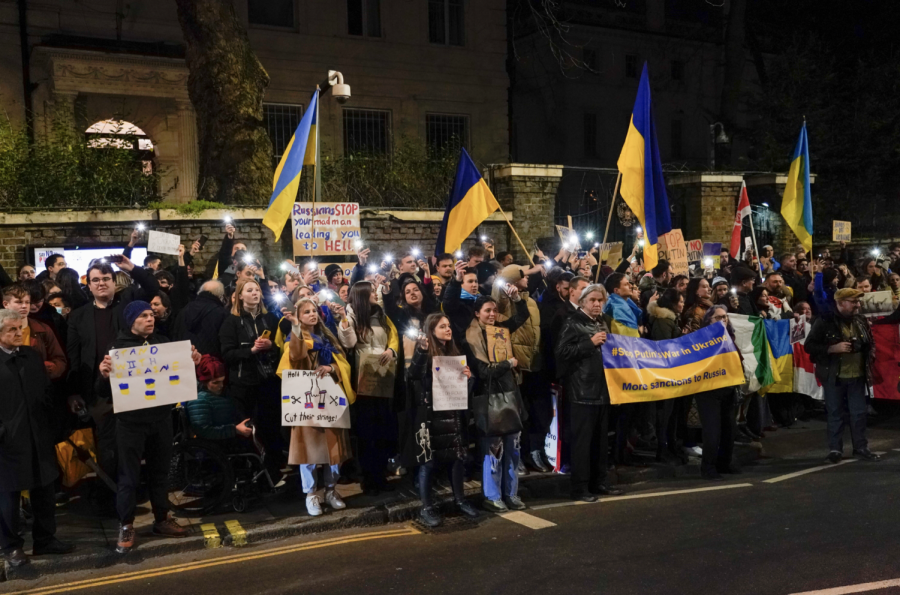 It’s the worst that it’s been since the last time it happened. The invasion of Ukraine is nothing new; in fact, it is simply the culmination of years of weak Western opposition in the face of Russian aggression. In 2008, Russian troops invaded Georgia and, in a matter of days, set up puppet governments in two regions along the country’s Russian border, according to the Atlantic Council. In 2014, Russia’s “little green men” (a phrase popular with Russian journalists to describe the pro-Russian armed troops) pushed into the Ukrainian peninsula of Crimea, annexing it into Russia proper, as noted by BBC at the time. Since 2014, Russia has also been supporting separatists in Ukraine’s eastern Donbas region, causing a civil war in the country for the past eight years, as detailed by the New York Times. In each instance, the world watched in horror as Russia instigated these deadly conflicts and did nothing, essentially greenlighting further Russian atrocities. On Feb. 24, after months of military build-up, Russia committed its most significant transgression yet and launched a full-scale invasion of Ukraine. This invasion was the straw that broke the camel’s back, and the frail illusion of the liberal world order faded into the nothingness that it has always effectively been. The Pax Americana is officially over.

In 1991, as the Soviet Union collapsed, Ukraine suddenly came into possession of the third-largest nuclear arsenal in the world. The UN Memorandum on security assurances in connection with Ukraine’s accession to the Treaty on the Non-Proliferation of Nuclear Weapons created a pathway for Ukraine to give up those weapons in exchange for explicit commitments from the United States, United Kingdom and Russian Federation to protect Ukraine’s sovereignty and come to its aid in the event of an invasion. The United States lied, which is blatant at this point, and the supposed liberal world order which created such systems and promised such protection has been exposed for what it always was – tough talk from weak leaders and cowardly states.

With the United States taking the back seat, why wouldn’t countries like Taiwan and South Korea consider developing their own nuclear weapons? Even Israel should be panicking as the U.S. and NATO sit by while the Russians move to overthrow a democratically elected government and threaten to end Ukrainian statehood altogether.

What is happening in Ukraine is a full-scale invasion and the wholesale slaughter of civilians, and all the West can do is muster some mild sanctions and never ending press releases of condemnation. Condemnation does nothing on the ground, and sanctions, while potentially devastating in the long run, have not slowed Russian advances or stayed their hand in the indiscriminate bombing of civilians. Appeasement has not worked anywhere it has been tried, and there is no reason to think that it will work today.

Western leaders have made it very clear that they do not intend to become militarily involved in this situation. America’s forever wars in the Middle East are still fresh on the minds of many. However, the situation in Ukraine is distinct from those disgraceful conflicts. The wars in the Middle East, which were Western invasions with the intent of regime change, soured American attitudes on foreign intervention. However, involvement in Ukraine is not just another American invasion to install a pro-American government in Kyiv. American military involvement in Ukraine would have the noble purpose of safeguarding European democracy and stopping the slaughter of innocent civilians by Russian forces.

If NATO imposed a no-fly zone over Ukraine, the risk of bringing the West into direct conflict with Russia would increase immensely, and this does not appear to be a risk Western leaders are willing to take. However, the refusal to intervene allows Russia complete control over the skies to conduct unrestricted attacks on civilian areas. According to the New York Times, the number of civilian deaths in Ukraine sits around 200 as of March 1; however, given logistical difficulties on the ground, the actual number is likely much higher.

Democracy is not the normal condition of the world. Where it exists, it has been fought for, and that is something that the West is taking for granted. According to Freedom House, less than 20% of the world’s population currently lives in a free society. Somehow, the American Democratic Party believes that the Jan. 6 attack on the capitol threatens to snuff out American democracy, while the Republicans fight fabricated claims of voter fraud using the same messaging. Yet, allowing Russia to gobble up sovereign nations and murder their citizens seems to pose no threat to the democratic ideals Americans supposedly hold so dear. The West is no longer willing to fight for the things that were always supposed to set it apart, and when hundreds or thousands lay dead, the Ukrainians will not forget it and neither will the rest of the world. Until next time.