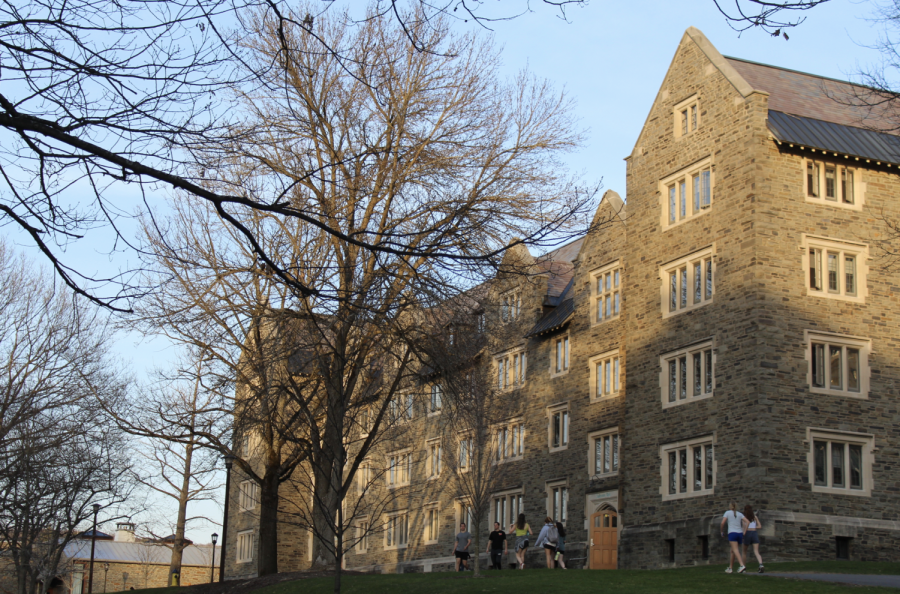 While the Office of Residential Life completes the first-year housing selection process, several students have taken issue with the Commons Transfer Application. The Commons Transfer Application opened for all sophomores on April 1, and the results were released on April 15, along with lottery times. The transfer process allows students housed within different Residential Commons during their first year to live with friends in any Commons and explore other housing options.

“Luckily for me everything went smoothly and ended up working very well. I would say that it’s definitely a stressful process because all of my friends were in a different Commons and if I didn’t get into to it I wouldn’t have had anyone to room with. I do like how this year we had to form a roommate group and they prioritized keeping friend groups together. I just think the whole Commons thing creates unnecessary stress.”

While some students were interested in transferring Residential Commons for different types of living spaces (e.g. suites with bathrooms in Hancock Commons), other students were seeking to live with friends in other Commons. Some students were under the impression that by creating a roommate group with students from multiple commons before the transfer application was processed, they would be able to live together.

First-year Spencer Harvey created a roommate group before the transfer hoping to live with friends from different Commons. When he opened the results of his Commons Transfer Application, however, he discovered his roommate group was not placed together.

“I don’t understand the point of the Commons outside of freshman year, other than your FSEM (freshman seminar),” Harvey said. “If they are going to make people transfer to be with their friends, why not let sophomores live wherever they want?”

First-year Chloe Hunt also commented on the negative impacts of this process.

“I think that the Commons transfer process has made it extremely difficult for people to live with their friends or in locations that are most convenient for them. I was lucky to already be in a Commons with all of my friends, but I know people whose friend groups were split or put in a Commons they didn’t want without the consideration of the students’ opinions who were involved,” Hunt said.

Harvey went to the Office of Residential Life to appeal the application decision, but he was unable to get his roommate group placed together. He argues that the software the office uses for the creation of roommate groups, called Symplicity, glitched and deleted his roommate group, and the groups of some of his friends.

Current first-years made their housing selections on April 25. When asked for additional details surrounding the Commons Transfer Application process this year, Director of Residential Life Danielle Nied did not provide comment, and multiple staff members at the office also declined to comment.

Despite some negative experiences, some first-years successfully transferred Commons after completing the application. First-year Lucie Magel, whose roommate group consisted of students across a variety of Commons, switched from Brown Commons to Mabel Dart Colgrove Commons.

“It was a little bit difficult to figure out what we should do as a roommate group, and they didn’t really give us a lot of information or respond to the emails for a while when I sent them, but in the end it wasn’t too difficult and it turned out to be better for me and my group,” Magel said.