The Colgate Maroon-News • May 6, 2022 • https://thecolgatemaroonnews.com/37285/af/friday-night-film-series-shallow-water/ 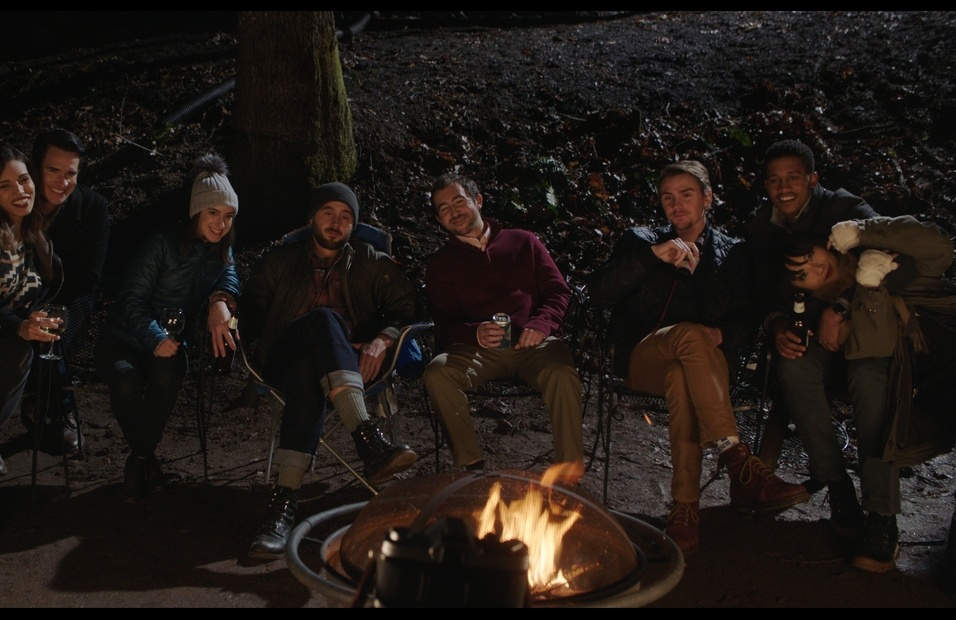 On Thursday, April 28, Colgate shared a screening of alumnus and director Matt Robinson’s, ’13, debut film “Shallow Water.” The film featured Robinson’s Colgate classmate Poppy Liu, also a member of the Class of 2013. The grass-roots independent film, which was filmed almost entirely in a single lake house in North Carolina, told the story of seven recent college graduates, each with their own quirks, flaws or problems, as they trek through the first five years of life outside of college.

During the Q&A session, Robinson explained his reason for depicting a group of 20-somethings was because “[my] co-writer and I expected our 20s to be a lot funner than they were.” “Shallow Water” is a grittier, more realistic portrayal of young adult life. “When you’re young, you have a vision of what life would be,” said Robinson. “But things change, people grow apart … so we tried to … depict that gloomy feeling.”

“Shallow Water” is split into three acts: “Graduation” (summer 2013), “Reunion” (fall 2015) and “Anniversary” (winter 2018), all of which took place in a family lake house. Act One serves as somewhat of a honeymoon phase for the main characters, who just graduated from college. The film shares the hopes and aspirations of each character, but also glimpses of certain insidious insecurities or problems, like unstable relationships and drug usage, that we see take a toll later in life. Act Two is when we see these problems begin to take effect: Lead character Will, played by P.J. Boudousqué, is battling a drug addiction; Catherine, played by Ciara Renée, is in an unhealthy and manipulative relationship; and Jack, played by Vincent Martella, is struggling with his sexuality. Finally, Act Three is when all the secrets, problems and results are revealed, with the centerpiece being Will’s overdose the previous year.

Once the film ended, two senior panelists, Bella Fis and Paulina Prosnitz, asked Robinson many informative questions and opened up to questions from the audience.

“I’ve got to tell you I laughed, I cried, I think that was the best Friday Night Film I’ve ever seen.” Fis later asked Robinson what made him decide to make a film covering such a long period of time with three acts. Fis detailed that for her, “It was such a coming of age story.”

“There’s only so much that could happen in a three-day span,” Robinson said. “So we thought we’d film it over a longer period of time.”

Prosnitz, referring to the three-act structure of the film, asked, “How did you differentiate between the three distinct time periods of the film, especially in terms of aesthetics?”

Robinson told the audience, “A lot of it was hair and makeup. … We [also] didn’t really have an art director, so I knew we couldn’t change the setting very much.” He explained that the main thing they did was focus on how to change the setting using clothing, hair, and make-up, making the characters look younger and older and accentuating character design. He relied on costume design to supplement the lack of other possibilities caused by his low budget.

Not only was it a fun and exclusive experience to watch “Shallow Water,” an unreleased film by a Colgate alumnus, but it was also highly insightful into the process of planning, writing, filming and publishing. Robinson endeavored to answer in detail all questions and explain his artistic inspirations, as well as the actual process of producing and releasing his independent grassroots film.