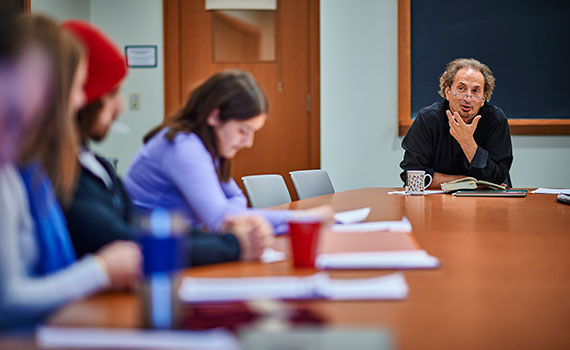 On April 18, 2016, Colgate English Professor Peter Balakian won the Pulitzer Prize for Poetry for his collection Ozone Journal. The central poem of the work is a 54-section piece. It describes a young man’s struggle in 1980s Manhattan as his cousin dies of AIDS, juxtaposed with the man’s 2009 experience witnessing the excavation of his ancestors, who were killed during the Armenian genocide. The Pulitzer committee lauded Balakian’s masterful treatment of the past in this piece.

“In the dynamic, sensual language of these poems, we are reminded that the history of atrocity, trauma, and forgetting is both global and ancient; but we are reminded, too, of the beauty and richness of culture and the resilience of love,” the committee wrote.

Balakian is the author of seven books, and particularly his work on the Armenian genocide is highly acclaimed. His 2004 book, The Burning Tiger: The Armenian Genocide and America’s Response, was a New York Times Notable Book and a New York Times and national Best Seller. His memoir, Black Dog of Fate: An American Son Uncovers His Armenian Past, won the 1998 PEN/Martha Albrand Prize for the Art of the Memoir, and was a best book of the year for the New York Times, the Los Angeles Times and Publisher’s Weekly.

Balakian has taught at Colgate since 1980. He is a Donald M. and Constance H. Rebar Professor of the Humanities, Professor of English and Director of Creative Writing, as well as the first Director of Colgate’s Center For Ethics and World Societies.