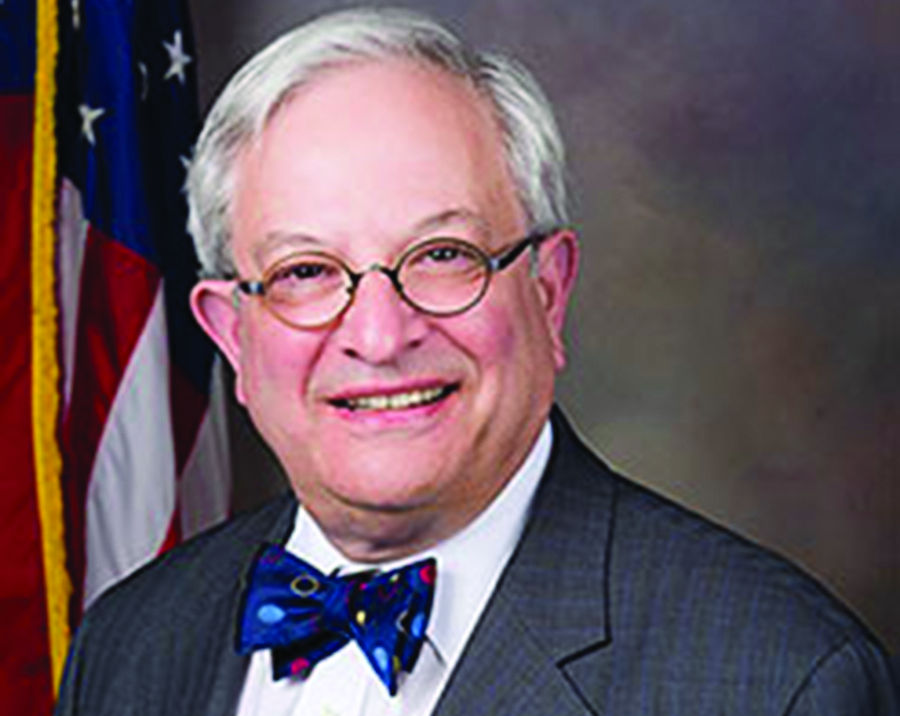 Rostow began the lecture by introducing some fundamental information about humanitarian interventions. He told the audience that humanitarian interventions are often pursued when global security is threatened, necessitating foreign involvement. He stated that one of the key issues that international governments face regarding humanitarian interventions is whether or not it would be legally and morally permissible to intervene with a state’s sovereignty. Rostow then presented an ideology that is often applied by international governments called “Responsibility to Protect.” This policy calls for the United Nations (U.N.) or other collective governing bodies to provide necessary equipment and resources to sovereign governments to help them maintain peace within their own borders.

Rostow, who has worked as a legal advisor to the U.N.’s National Security Committee, shed some light on United States and U.N. intervention in Somalia in the early 1990s. Rostow said that 1.5 million Somalis were starving, causing massive amounts of people to flee to neighboring countries like Ethiopia and Kenya. This refugee situation alone was impetus for international intervention. However, Rostow admitted there is much to learn from intervention in Somalia. Through failed techniques used during intervention, the U.S. government has learned that clear cut objectives and proper allocation of resources are key to carrying out a successful mission. He also highlighted the importance of the U.S. government granting military agency to its troops when faced with armed resistance.

Colonel Tom Spencer continued the lecture by providing his first-hand experience as a Black Hawk pilot in Mogadishu during the 1990s U.N. and U.S. led intervention that was largely deemed a failure by the international community. Spencer echoed Rostow’s point, reaffirming that the intervention in Somalia was motivated by humanitarian goals and was concerned with maintaining global security. Spencer identified that the main weakness of the intervention was “mission creep,” which is the process of gradually expanding the duties of an intervention after it has started. This amassing of additional objectives, including government rebuilding, ultimately proved a tactical misstep. Mission creep exhausted the intervention’s resources, as it was not prepared to do anything more than feeding starving Somalis.

Spencer pointed to the strategic success in Bosnia as an example of intelligent formulation of strategy. He claimed that the simultaneous surveillance of local faction leaders and their eventual cooperation with the U.N. helped stop a genocide that was occurring in the Eastern European nation state. He admitted that the U.S. government is still learning how to properly administer humanitarian interventions.

Senior Ashley Brekke, a member of Morkevicius’ POSC 361 class, enjoyed hearing about humanitarian interventions from two individuals who were directly involved in those efforts.

“It was really cool to hear about [Rostow and Spencer’s] first-hand experiences with humanitarian intervention in their military and governmental roles. We are doing a simulation of the U.N. right now in Professor Morkevicius’ class, and I think a lot of the things that were discussed are applicable to the simulation,” Brekke said.

Sophomore Nicole Jackson felt that the lecture was valuable, but did not entirely meet her expectations.

“I enjoyed the lecture, but I don’t feel as though it went as much into depth about the critiques of humanitarian aid/intervention as I would have liked. It seemed to be more of a gloss-over of the history of U.S. humanitarian intervention in Eastern Africa and Europe instead of the discussion of the subject itself. The [question and answer session] afterward helped address some of these issues, but I would have liked to see them integrated into the talk itself,” Jackson said.