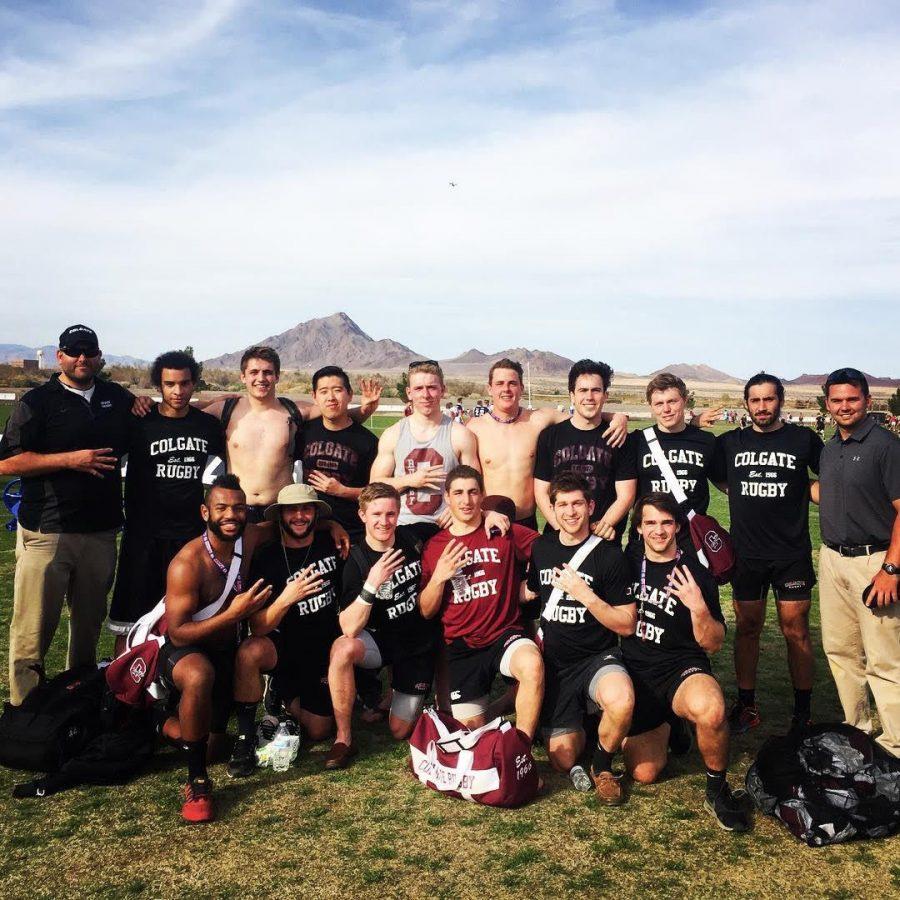 The Colgate Men’s Rugby team proved itself last weekend on a nationwide scale during the National College 7’s Tournament. Teams from all over the country gathered in Las Vegas and took the field in a round-robin style tournament to see who was the best in the country. Colgate entered the tournament as a huge underdog, being a small east-coast liberal arts school that just entered the Division I level. Their competition, however, were fierce, veteran programs. The men’s rugby team started the tournament with a loss to Air Force but followed up by winning their next 4 games, shocking everyone at the tournament. The team went 4-2 overall, and pulled off a major upset against rugby powerhouse, University of Delaware, 12-5.

With aggressive play from Colgate’s cheeky scrumhalf junior Bernie Rawlins, Colgate proved they could hang with any team on the national level. In addition to the physical rugby the team played, they were also lucky enough to watch the United States National 7’s team participate in the professional International 7’s tournament. Led by the tall and skinny Perry Baker, the United States advanced to the knockout round before falling to the incredibly physical Fijians.

The team enjoyed a great weekend in Las Vegas and established itself as a top nation-wide contender for upcoming 7’s tournaments. The men’s rugby team has a few weeks to prepare for its upcoming tournament in Stony Brook, Long Island. On April 9, Colgate looks to defend its home turf, hosting a tournament with some of the most competitive east coast rugby programs.

Head coach David Chapman is responsible for the recent ascent of Colgate’s rugby program. His dedication and determination has inspired his players to take on an aggressive and fast-paced style that balances Colgate’s lack of size. Chapman is accountable for bringing Colgate into Division I and earning the team a reputation on the east coast as a top rugby competitor.