How To: College Ethics 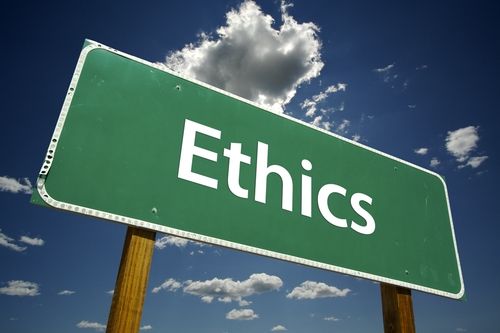 Did you know there are 13 official goals of a Colgate education? According to “Thirteen Goals of a Colgate Education” on Colgate’s website, students should be able to accomplish each goal during their four years on campus.

One in particular struck me. Number nine says students should “Set an example of ethical behavior in public and in private: take a principled stand for what they believe and be accountable for their actions; uphold the legal and ethical uses of information.”

It seems clear to me that this remains an aspiration, or perhaps merely a hope, at Colgate. Opportunities do exist to engage in conversations and critical thinking about what we believe, particularly, in my experience, in such disciplines as Educational and LGBTQ studies, in spaces like the Max A. Shacknai Center for Outreach, Volunteerism and Education (COVE) or even in Q&A sessions with guest speakers. Yet there exists no formalized or uniform attempt to teach ethics or push students to think about standards for principled behavior, meaning students can simply choose not to engage.

I was struck by this two years ago when I served as a panelist for a Brown Bag during Martin Luther King Jr. Week. I read an opinion piece he wrote for his campus newspaper, The Maroon Tiger, in 1947. King argued that “most of the brethren think that education should equip them with the proper instruments of exploitation so that they can forever trample over the masses … but education which stops with efficiency may prove the greatest menace to society. The most dangerous criminal may be the man […] gifted with reason, but with no morals.” In other words, schools have a responsibility to teach us something pertaining to morals.

There’s a danger to teaching us anything: Who’s to say my “right” isn’t your “wrong” and what seems black and white to you is a gray area to me? Who’s to say the unquestionable facts of society today – say, our consumption of meat, of gasoline or of reality TV – won’t be a symbol of our hedonism and mistaken morals tomorrow? Despite what I consider incredible attempts by philosophical thinkers to arrive at inalienable principles, I think ethical laws remain wishy-washy. Still, I believe we need to mandate a place in the curriculum for discussions of right and wrong. Even if we can’t all agree on everything, having those discussions in a safe space will force us to look harder at our assumptions.

I know many students would reject outright another distribution requirement or core class, so, as an alternative, I propose segments of Challenges of Modernity, Legacies of the Ancient World and even the Core Scientific Perspectives should be dedicated specifically to moral debate and discussion. After all, it’s not simply that Colgate students lack ethics – most of us have some moral system we hold ourselves to. But some of those systems are objectively wrong, in many senses: harmful to self or others, unsound, unworthy, underdeveloped.

Like Martin Luther King Jr., I believe that this critical examination of morals is not only a right for students, but a responsibility the university owes us, and even a mutual responsibility of ours to fulfill before entering the world as fledgling adults. In our Colgate microcosm where ethical problems are so extreme they erupt into protests, we owe each other conversations about right and wrong before we wreak havoc on everything outside Hamilton. (And we should acknowledge the fact that Hamiltonians have to deal with our growing pains.) Colgate should take action to start more of these conversations, as students already have.