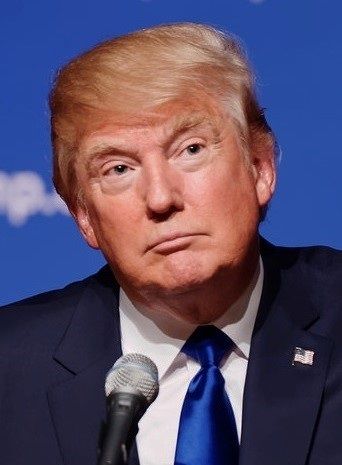 We will build a wall. We will build a wall and it will be the classiest thing you have ever seen. We will keep all future illegal immigrants out and round up and deport all the current ones. And not only that, we won’t even have to pay for it. Such is the immigration plank of the national Republican front-runner. It sounds great, but I just have one simple question for Donald J. Trump – How? In the many months since announcing his candidacy he has not yet provided a sufficient answer.

Although Mr. Trump advocates more of a utopian than bona fide immigration policy, it would be unwise for the rest of the Republican presidential candidates to ignore everything he says about immigration. Yes, the idea that we have enough law enforcement officers, money, and influence over the financials of the Mexican government to institute such plans may be far-fetched, but the philosophy behind Trump’s proposals is one that Republicans should never cease to cling to.

Once one gets past Trump’s sometimes brash immigration rhetoric, a compelling logic can be found. Trump is articulating a grave concern that he and many Americans share in common – the concern that we are no longer a country. The concern that our borders no longer mean anything, and that anybody can just waltz right in without us wanting, or being able to do anything about it. Trump feels this phenomenon not only makes us unsafe, but it also projects a sense of weakness to the rest of the world. And he’s right.

That is why Ohio Governor John Kasich’s comments in Saturday night’s debate about how it is unjust to punish illegal immigrants who have not committed any crimes are so troubling.

With these comments, Kasich completely omitted the fact that coming here illegally is a major crime that deserves punishment. Illegal immigrants are cheaters of the system. The readers of this paper would never agree to the idea that if you got into Colgate with fake grades and SAT scores but did not do anything wrong once you got here that you should not be punished – so why should we run a country like that?

We need to focus more on the ramifications that come with breaking our immigration laws rather than proposing rewards like a pathway to citizenship, which will only end up encouraging such behavior. We also need to use multiple methods to show that we have a strong commitment to securing our border. We should be aggressively pursuing E-Verify and making the fines for hiring illegal immigrants too great for employers to bear. If we make it so illegal immigrants cannot find work here, they will go back to wherever they can find work. Increasing our manpower on the border itself and supplementing it with drones and sensors is also a necessity. We may not be able to erect a physical barrier spanning across our entire southern border, but that does not mean we can’t do a better job of keeping people out.

The final thing that needs to change with regard to our approach to immigration in this country is the leadership that is required to bring it about.

We no longer can afford a President who takes the easy way out, appeasing criminals who come over our borders illegally via measures such as executive amnesty because he feels it is the only option. We no longer need a Senator who claims he was just trying to do anything at all on the issue, that his reform bill wasn’t the best and that he hoped the House could have “made it better.”

What we need is a President who recognizes that immigration reform is as much about principles as it is policy. And while Trump’s policies may be unrealistic, and his tone uncomfortable, his rationale for why immigration reform is so urgent could not be more correct. Republicans like Rubio and Kasich should take note of Trump’s philosophically driven approach, as laughing him off puts us on the path of having another “appeaser-in-chief” in the White House.