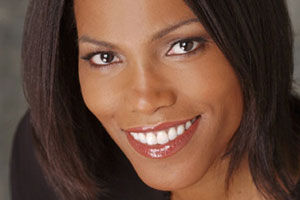 Associate Dean for Campus Life and Director of the Africana, Latin American, Asian American and Native American (ALANA) Cultural Center Thomas Cruz-Soto has been the chair of the MLK Week Planning Committee for nine consecutive years. Cruz-Soto explained why the MLK Week Planning Committee chose to bring Shabazz to give the week’s keynote address.

“[The MLK Week Planning Committee hoped to] provide [Shabazz] with a space, place and stage for her to talk about not only her father, but her work as a woman leading social change in the U.S.,” Cruz-Soto said.

He felt that Shabazz’s voice is an important one for Colgate students to hear.

Shabazz spoke of her mother as an example of strong women behind historical social movements.

“[She was able to] raise six daughters, dedicate her life to significantly giving back to others and earn a master’s degree, because she already had her bachelor’s and nursing degree when she married her husband,” Shabazz said.

She stressed the importance of passing on a people’s holistic history.

“If we don’t know history in our entirety, then our history is incomplete,” Shabazz said.

Shabazz explained that her work primarily consists of empowering young people to inspire change. Shabazz then turned her focus to the Black Lives Matter movement, applauding the younger generation for organizing an impactful movement that strove to educate the masses. Shabazz noted that this type of groundbreaking movement is only possible if a young, enlightened generation is united under one cause.

Often alluding to her father’s compassion, Shabazz encouraged the audience to take the time to invest in themselves. She also explained that “each of us has an obligation to ourselves to stand up and right the wrongs of our society.”

“We cannot suppress [one] another without suppressing ourselves,” she said.

The address was met with varied reactions from the audience.

Senior Leah Robinson was among audience members who expressed disappointment with the keynote address.

“While I began listening to Shabazz’s talk filled with elation, I left the room embarrassed and angry. Her remarks were uninformed and cruel, particularly considering the BLM [Black Lives Matter] movement and her support of respectability politics. She entered a room full of buoyant social activists and community members ready to celebrate her father’s legacy and left us feeling exploited,” Robinson said.

“Besides her poor oration skills and her distinctly obvious ignorance of the Black Live’s Matter movement, my biggest issue is that, after writing an entire thesis on her father, Ilyasah Shabazz could not intellectually respond to his philosophy. Based upon specific Malcolm X speeches and analyses, Shabazz’s entire career is an unfortunate misinterpretation of her father’s already misunderstood legacy,” Ajao said.

“I thought she had a well-written prepared speech with a positive message. While the question and answer portion of the talk wasn’t very polished, it was an interesting and worthwhile event,” Paulison said.