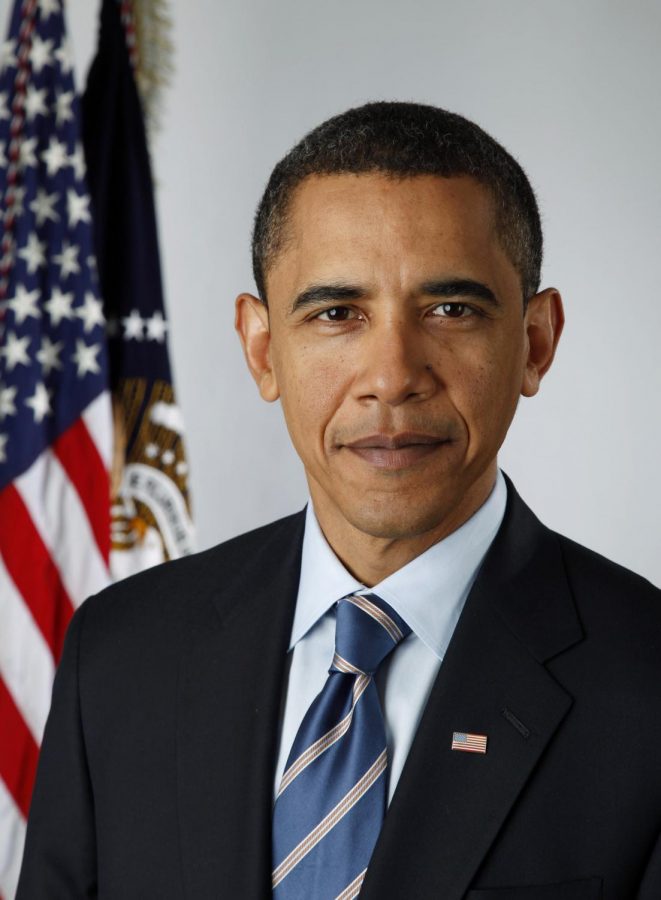 On Wednesday, February 3rd, Associate Professor Michael Jeffries from Wellesley College and author of Paint the White House Black: Barack Obama and the Meaning of Race in America delivered a presentation spearheading Black History Month. He was invited to speak by Associate Dean of Multicultural Affairs Thomas Cruz-Soto, the Africana, Latin American, Asian American and Native American (ALANA) Cultural Center and Colgate’s Black Student Union. Doctor Jeffries began the keynote presentation by focusing on the significance of the meeting between President Obama and hip-hop artist Kendrick Lamar in October 2015.

Doctor Jeffries conveyed the initial tone of the meeting to the audience.

“The early moments of the meeting were reportedly intense. Obama broke the silence by asking, ‘Can you believe that we are both sitting in the Oval Office?’” Jeffries said.

This meeting became the basis of Professor Jeffries’s keynote as he explored ideas of success and aspirations, specifically, black success, satisfaction and aspirations in America. He used both President Obama and Kendrick Lamar as vehicles to observe these notions.

“I am most interested in observing how [President Obama and Kendrick Lamar] use their success and their power to engage issues of racism,” Jeffries said.

Jeffries went on to explain how the various facets of racism impact the everyday lives of African Americans, including the hardships they must overcome in order to achieve success.

“From the time we are kids we have to work twice as hard to make half as much,” said Jeffries, explaining that the “American Dream is not a shield against racism for Black folk.”

He also described the sense of collective pride in  the  communities affected by these hardships as joyful when they see one of their own escape this common system.

“Because we know the game is rigged against us, [and] when we do make it all the way to the top, we celebrate it and we claim it,” he said.

Jeffries believes the success others achieve against all odds act as inspiration for the younger generation, particularly the success of notable individuals like President Obama and

“He [President Obama] made it clear that his rise wasn’t about him, it was about us,” Jeffries said.

Kendrick Lamar was portrayed as an artist who incorporates societal criticisms into his work.

“Why is it that Black Lives Matter protesters chant Kendrick’s lyrics, rather than Obama’s mantras of hope and change?” questioned Professor Jeffries. Kendrick Lamar’s song “Alright” was made in response to Lamar’s trip to South Africa. Kendrick Lamar’s popularity stems from his emotional appeals against the evils of racism, while Obama’s voice is less strong.

“When Kendrick does critique racism, it is usually a much sharper and angrier critique,” Jeffries said.

“[Lamar’s] critiques are delivered unapologetically and sometimes with anger. It’s not that Obama doesn’t show emotion, but that particular emotion, anger, is not one he has chosen to display for whatever reason,” Jeffries said.

President Obama, opting instead to provide another perspective.

“Obama has lived through his success with great dignity. I don’t want to understate how important this is and how difficult it has been I imagine, for Obama to carry himself in such a dignified way,” Jeffries said.

Jeffries ended his presentation with an emphasis on what his speech aimed to address. Through his contrasting portrayals of Obama and Lamar, Jeffries delineates how their successes become a source of inspiration within us.

Junior Ashleandra Opoku said she attended the event because the comparison between the two individuals was interesting, as well as the analysis of Lamar’s work. “I like [Lamar’s] album, but I don’t think Lamar is as conscious as people have made him seem, so I like that comparison as well. But also, because I am a J.Cole fan, I think there is this huge worshipping of Kendrick Lamar and his new album as if it’s the only rap album that came out during the year. I think it only became a thing when he was in a Taylor Swift song. He gained a different demographic of people that would listen to him and then he was propped up,” Opoku said.

Sophomore Tasnim Ali was also intrigued by the lecture.

“My friends and I always joked about who we’d look up to after Obama finished his term… So when I heard Michael Jeffries was coming to talk about black aspiration after Obama, I went mostly because I thought he would have an answer, and that I could finally stop dreading the day the Obamas leave the White House,” Ali said.