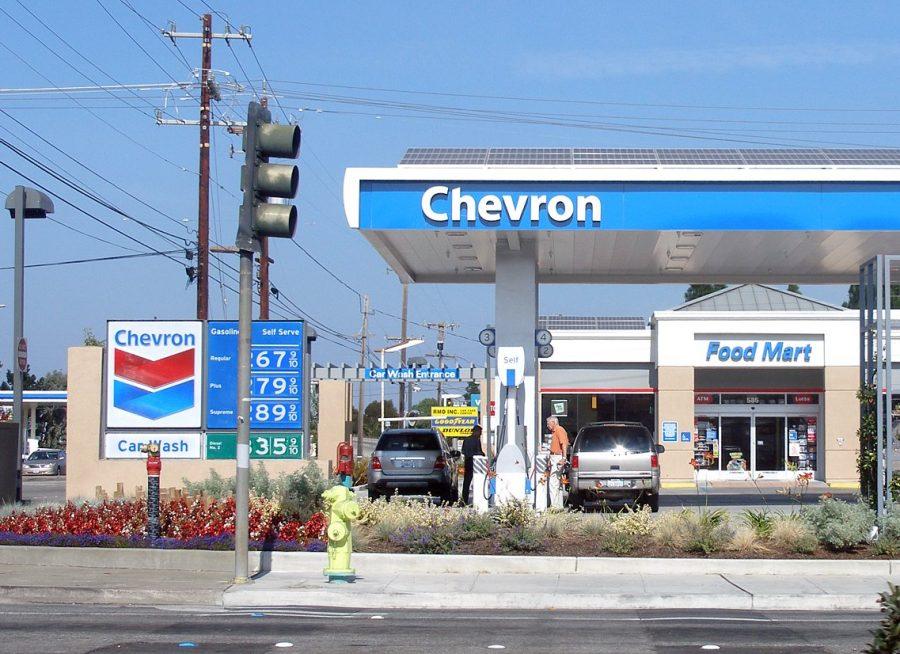 If you have filled up your car or a friend’s car at a gas station recently you may have noticed it didn’t cost nearly as much to fill up the tank as it usually does – something slightly out of the norm. As of February 8, the average price of a gallon of gas in the United States is $1.73. Due to shipping costs, the price of gas in Hamilton is slightly higher than the national average, but is still about half the price it was two years ago in the winter of 2014. To understand why gas prices have dropped so much and where the price may be in the future, one must look to the source.

According to the U.S. Energy Information Administration, the price of the average gallon of gas one gets at the pump is a result of four main costs: Crude Oil (65 percent of the cost), state and federal taxes (13 percent), refining costs and profits (10 percent) and distribution and marketing costs (12 percent). The vast majority of the cost of gas stems from the price of crude oil. In general, the two main indices that are used in the commodities market as a benchmark for the price of crude oil are West Texas Intermediate (WTI) and Brent Crude. Brent Crude is the most widely used benchmark and refers to oil extracted from fields in the North Sea. WTI is used as an American benchmark and refers to oil extracted in the Midwestern United States. In the past two years, both indices have experienced serious volatility. Before the start of the commodity’s decline, Brent Crude peaked at $114.81 per barrel on June, 20 2014. Since then, oil has dropped over 70 percent and reached its lowest price per barrel last month on January 15 at $28.94.

There are a variety of factors at play that have forced the price per barrel of oil lower than we have seen in over 10 years. Much of this price drop consists of simple supply and demand. Due to new oil exploration techniques like fracking, United States domestic oil production has almost doubled. This greater supply of oil has increased competition throughout the world and without the Organization of the Petroleum Exporting Countries (OPEC) cutting their supply, there has been a significant decrease in price. Unlike OPEC, which is a cartel and can control the supply of oil to inflate or deflate the price of crude oil, American oil producers do not act together and therefore are producing as much oil as they possibly can. Another aspect of the decline in the price of crude oil is the fact that demand in China and the rest of Asia has not met consumption expectations.

Although cheap gas is great for most consumers, it presents a series of issues for both major oil producing companies like ExxonMobil and Chevron and countries like Russia whose economies depend on oil. ExxonMobil and Chevron are just two examples of massive U.S. based oil companies that employ thousands of Americans. With the cost of oil dropping so significantly, these companies are forced to lay employees off.  A similar situation is occurring in Russia where, along with a variety of political factors, they have seen their economy tumble along with the commodity. As we consider the domestic and international economy in the next few months and years, the price of oil will continue to be an important factor.