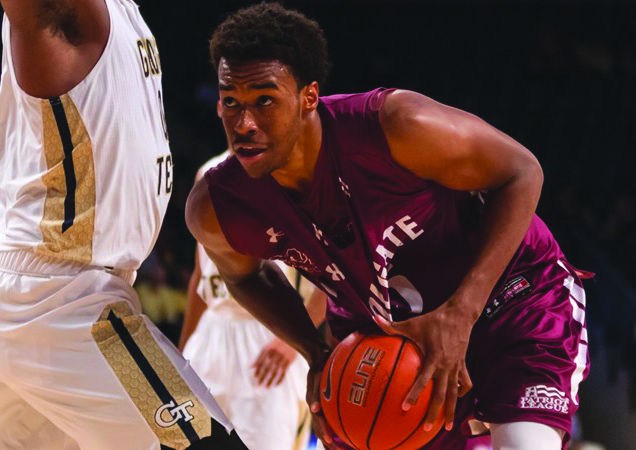 The Colgate men’s basketball team played at home against the Boston University Terriers on Wednesday night, adding another game to its win column. The game remained close for the entirety of the first half; Colgate started the second half leading 35-33. However, the Raiders’ team play was dominant in the final period, going up by as much as 18 points and finishing the game with a final score of 85-78.

Senior guard Austin Tillotson fueled the Raiders’ success throughout the game, finishing the contest with 22 points, four assists and two steals. Tillotson made a jumper to score the first basket of the game and ended the half with two three-pointers to finish an impressive 4-6 first half performance. Sophomore Jordan Swopshire was also hot in the first half, going 3 for 4 on three-point attempts. With a two-point lead at the half, the Raiders went to the locker room to regroup and come back even stronger in the next period.

In the second half the Raiders were dominant, widening their lead and closing out the game. However, the first few minutes of the half were back and forth until Colgate secured their position. Thirty seconds in, the Terriers took the lead, 36-35 and, while trading baskets, kept the lead until Tillotson went on a scoring spree. In just under two minutes, he scored 10 straight points without a single missed opportunity. Tillotson made a layup, free-throw, jumper, two free-throws and a three-pointer in succession to give Colgate a fivepoint lead (51-46) over Boston University. From there on, the Raiders would remain ahead.

Colgate built its lead up with the help of three key players: first-year Malcom Regisford, senior captain Alex Ramon and sophomore Jordan Swopshire. Regisford went 4 for 6 totaling 10 points, while both Ramon and Swopshire scored 16 points, benefiting from strong three-point shooting performances. Swopshire made 5 for 7 from three-point territory, scoring all of his field goals from behind the arc. Ramon made a perfect 3 for 3 from three-point land and cashed in another 2 for 3 from midrange. Tillotson also finished the game with an impressive stat sheet. He made 50 percent of his threes, 7 for 13 overall from the field and 5 for 5 from the stripe.

Overall, both teams got to the line roughly the same amount (and both shot close to 70% from the line) and both shot the ball above 50% from the field. However, the Raiders’ success was not only due to their high shooting percentage, but also due to their high 3-point shooting percentage, specifically in the second half. Shooting the ball well, especially from deep, combined with impressive team defense, is a recipe for success. Colgate shot 14 for 25 (56 percent) from deep throughout the game, and blew out the other team from deep in the second half. Colgate went 6 for 9 (67 percent) from three, while the Terriers were an abysmal 22percent from deep.

Throughout the game the Raiders remained tough, battling for the lead in the first half, trading baskets to start the second and pulling away for the win as the game progressed. The score finished with only a 7-point differential as both teams refused to quit. The Raiders’ tough play and high-scoring efficiency looks promising moving forward in the season as Colgate looks to improve its 9-9 record thus far. However, a few improvements may need to be made if they want to excel in their division.

In the shooting arena, Colgate may seek to improve on their free-throw percentage as they shot 68%, right around its season average. In addition, one of the most important improvements the Raiders can make is to cut down the number of turnovers they have per game. Colgate racked up 17 turnovers against BU and average 13 on the season, which if they minimize, will improve their efficiency and give them more scoring opportunities and less defensive sets.

“I was proud of the group for the commitment to raise the level of attention to detail, especially on the defensive end at critical points of the game,” Head Coach Matt Langel said about his team’s performance.

The Raiders continued their winning streak further by hosting Holy Cross at home, besting the Crusaders 76-61. The Raiders will saddle up and head down to Bethlehem, PA to face off against Lehigh on January 27. After such a strong performance from the Raiders the past couple of games, it will be interesting to see if they can keep up their winning streak.