Around the Hill: Should NBA teams “tank” for high draft picks? 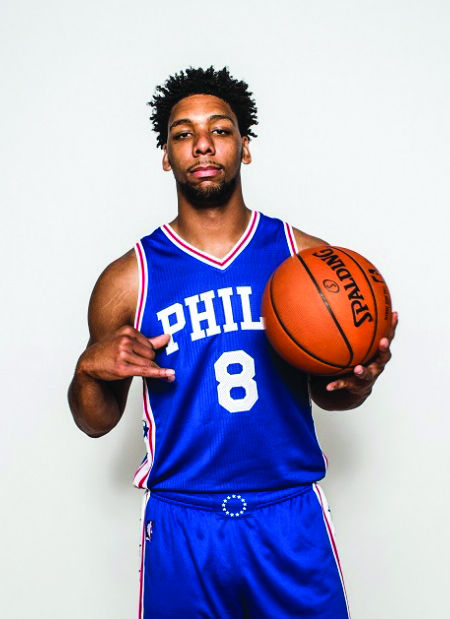 Jahlil Okafor brings a spark to the once-stagnant 76ers.

Tanking in the NBA is not a new phenomenon. Knowing that their playoff chances were not high, some teams have thrown a season in order to get good draft picks. This is the main reason why the NBA implemented the lottery system in the draft in 1985. However, given the current draft lottery system, teams increase their probability of drawing the top draft pick if they lose the most games; the worst team in the league is given a 25 percent chance of getting the first pick.

Top draft picks are highly sought after. A great player can make a significant difference on an NBA team and therefore obtaining a top draft pick is highly desired. Top picks in the past have included LeBron James, Dwight Howard, Derrick Rose, John Wall, Kyrie Irving and Anthony Davis, among others. All of these players have been essential members of their teams. Players coming out of college are getting better and better, and strong draft classes make the idea of tanking more appealing. Additionally, it can be difficult for an average team in a mid-size market in the NBA to attract an amazing, team-altering free agent. Thus, drafting high quality players is an easier way for a team to obtain high quality talent.

Although some teams may find it strategic to tank in order to get good draft picks, it undermines the integrity of the league. The NBA is supposed to be filled with the best basketball players in the world playing to the best of their ability. Anything else diminishes the value of not just the team, but of the sport itself.

For as long as there have been sports, there have been losers. Any team that is brutally aware of its lack of talent is faced with a choice that is crucial to its future success. One option is to try its hardest, win some games, but probably not make the playoffs and get a decent draft pick. Another option is to lose games on purpose, have the worst record in the league by the end of the season and get the no. one overall draft pick. This would embarrass your team and your fans, but set yourself up for a bright future with a highly touted prospect. With option one you retain your dignity, but suffer the possibility of remaining in mediocrity for years to come. The key question is: should teams tank in order to get a better draft pick.

In my opinion, NBA teams should not tank. At the end of the day, basketball is played for entertainment and no one wants to see a team lose on purpose. If teams become so boring that its fans no longer support them, then what really is the point of them continuing to exist? The reason that we watch sports is to see our favorite players try their hardest and sometimes surprise you. Every parent will say that they don’t care if their kid wins or loses, but that they try their hardest. Why is it any different for an NBA team?

A phenomenon almost exclusive to the NBA, a few teams a year seem perfectly content to lose game after game, tanking for the promise of a good draft pick. For the organization, it makes sense. Sometimes, a rebuild is just necessary – when a team underperforms, and the current salaries are too high to sign any free agents, teams can blow up their roster and elect to tank.

For the organization, it is hard to see any real negative to tanking. The draft in the NBA can change the destiny of a team. Look at the Oklahoma City Thunder and Kevin Durant, or the New Orleans Pelicans and Anthony Davis. Lottery picks can have an instant impact: just look at Jahlil Okafor for the 76ers this year. Less than 10 games into this season, he has made Philadelphia look like a much greater threat. The draft can turn the tide for a team, and tanking ensures a good draft pick. It is that simple. Furthermore, while tanking, teams can give heavy minutes to young talent, hoping to develop prospects by starting them. They can develop the future on the court while hoping for a future star in the draft.

For any NBA organization, tanking seems like the prudential call. However, their fans may disagree. Nothing is worse than watching a team that is perfectly fine with losing every game. The easiest way to frustrate and lose fans is to tank. While it does make sense for the future of the team, it is painful for the fans to watch. As of now, tanking seems like an unpopular necessity.