Aretha Franklin to Visit and Perform at Colgate this March 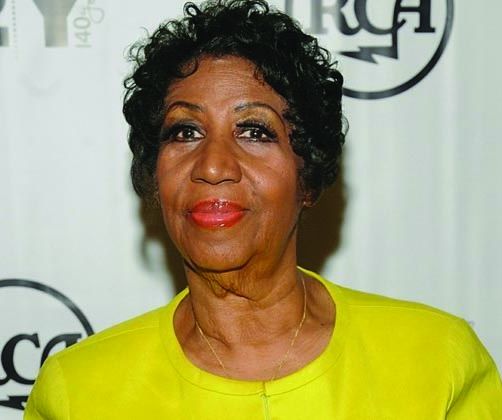 Aretha Franklin will be joined by a 13-piece band in March to perform for the Colgate community.

With the official announcement out last week, celebrated vocalist Aretha Franklin will visit Colgate next March as part of the Kerschner Family Series of Global Leaders. The event will take place on Saturday, March 5 at 7 p.m. in Sanford Field House, with tickets going on sale in mid-January.

As one of the best-selling female artists in history and Rolling Stone’s No. 1 Vocalist of All Time, Franklin has collected numerous awards in her lifetime. Known for her diverse musical abilities, Franklin’s songs span a wide range of genres including soul, jazz, pop, gospel and rock. Recently, the “Queen of Soul” has performed for Pope Francis and was featured in the White House Spotify Playlist.

“We identified Aretha as a leader and performer outside of the realm of politics that students, staff, faculty, parents and community members would enjoy hearing,” Director of Special Events and Leadership Gift Officer Ainslie Ellis said.

Although the details of Franklin’s visit have not yet been finalized, the focus of the visit will be her performance with a 13-piece band.

“I think it’s incredible that one of the best soul artists in history has the ability to come to Hamilton, New York and see what Colgate has to offer,” junior PJ Benasillo said.

Many global leaders have visited Colgate in the past as part of this series, including former Secretary of State Hillary Clinton, former President Bill Clinton, former Prime Minister of Israel Shimon Peres and the Dalai Lama. Colgate’s Parents’ and Grandparents’ Fund has sponsored the series for several years, with the goal of bringing the world’s biggest names to Colgate’s campus to lay the foundation for the future success of Colgate’s students.

“I’ve attended several of these visits from global leaders and am so thankful that Colgate has the ability to bring these people to campus. I cannot wait to see what Aretha has in store,” junior Kate Valk said.