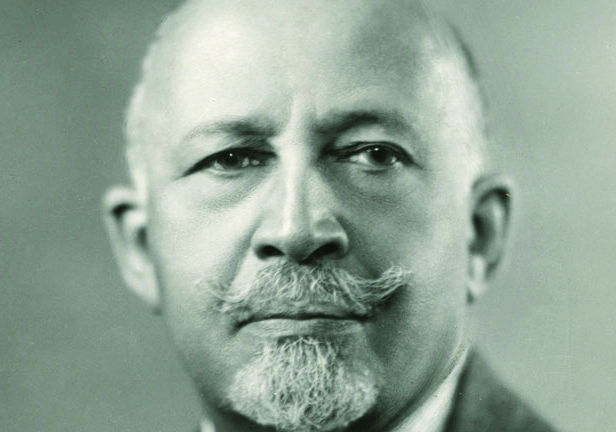 Colgate students learned more about what this man went through as a black male in America post-slavery.

presented “W.E.B. Du Bois: A Biography in Four Voices,” a film directed by Louis Massiah. The film screening at Golden Auditorium brought together a large group of students and faculty who completely filled the room, with an overflow of people onto the stairs of the auditorium. The film was an incredibly intriguing and educational biography of the life of W.E.B. Du Bois, created through the collaboration of four people: Wesley Brown, Thulani Davis, Toni Cade Bambara and Amiri Baraka. Each took a turn in directing and narrating a portion of Du Bois’ life, going from his early years in the late nineteenth century, to his last days in the 1960s.

W.E.B. Du Bois was a writer, editor, professor and civil rights activist during his exceptionally long life. His life was filled with amazing achievements that made history. From his very early days, he showed incredible promise. Graduating as the first African American to earn a PhD at Harvard was just one of his many accomplishments. Soon after, he began making his mark on history as a civil rights activist, writing on the struggles of African Americans and forming the most meaningful publication for black Americans at the time, “The Crisis.” Throughout the film, various people spoke about the life of Du Bois, ranging from former members of African American Organizations, such as the National Association for the Advancement of Colored People (NAACP), to writers and scholars. His granddaughter even spoke about her view of her grandfather. Voice overs quoting Du Bois’ actual works throughout the film really helped to bring in his perspective on the events he lived through. The film did not just give a narrow view of Du Bois’ life; instead, it chronicled the struggle of the civil rights movement, as well as other struggles that occurred during the timeline of Du Bois’ life. In that respect, it was like a detailed history lesson, giving personal accounts of events of the civil rights movement.

The multiple perspectives provided in this film painted a detailed picture of Du Bois’ contribution to the civil rights movement as well as his other achievements. It also introduced the audience to Du Bois’ personality, which could be seen through the accounts given by people who knew him personally.

“I really liked the film. I didn’t know much about W.E.B. Du Bois prior to it and this film helped me learn a solid background on him. It made me interested in learning more about him too and read his works,” first-year Patrick Matulka said.

“W.E.B Dubois is a much more layered and interesting man than I thought before. There is a lot more to him than I ever would’ve realized,” first-year

Although many Colgate students have taken Core 152: Challenges of Modernity and have read Du Bois’ book, “The Souls of Black Folk,” this film gave a new perspective on the personal struggles that Du Bois faced.