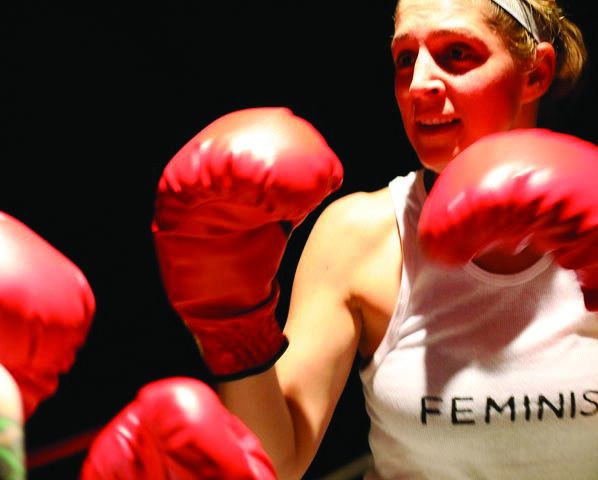 Jules Rosskam tackles some of the most prevelant issues of the LGBTQ community.

“Against a Trans Narrative” (2008) is a film that presents many challenges that the LGBTQ community faces. As part of the Friday Night Film Series, this documentary criticizes preconceived notions about what it means to be a trans person in our society. It contests previous trans narratives that Rosskam explained as focusing on the stories of solely middle to upper class white males. Though these stories should not be invalidated, they tend to show a simpler side of the spectrum. Many trans people struggle to attain the type of medical necessities, and understanding that would allow them to live the life they deserve to live. Rosskam challenges current stigmas behind previously made trans narratives.

This film could be described as an interactive documentary as Rosskam was very much involved in the film as he was behind the scenes. When asked about the power of this type of film, Rosskam explained what he wanted to achieve with this particular movie.

“From my position I think of documentary, at its best, as catalytic. Being a director is to be a catalyst. I want the film to spark a dialogue,” Rosskam said.

“Against a Trans Narrative” had three main components. The first component focused on the life of an individual who was beginning his transition, along with how that affected his relationship with his partner. Along with this, the film also showed the making of a play that was written based off  this experience, highlighting obstacles that the trans-masculine community faces. Lastly, it featured groups of people in the LGBTQ community engaging in dialogue about scenes from the play, as well as their own experiences, thus presenting an array of perspective. Rosskam responded to a question during the Question and Answer session after the screening by saying that he did this because he didn’t want people to feel as if the film was telling them how to feel or think.

Many of these dialogues challenge the views that society holds today. For example, the concept of abolishing categories was criticized by an individual in the film who found comfort in the way he was labeled, as it gave him a sense of belonging and community. When asked what he thought about this not being an effective solution, Rosskam explained where he stood on the matter.

“For better or for worse it’s a part of one coming into their own identity as well as group formation,” Rosskam said. “We have to have a thing to call ourselves. But then we need to move on from that. I don’t think it’s about abolishing labels or identities because language is powerful, otherwise we wouldn’t care.”

When asked what he thought about the inevitable “now how do we fix it?” question at the end of each film screening about social issues such as this, Rosskam explained that there is always more to do.

“You can always know more. Try not to think of it like I read the book on what it means to have white privilege, so I don’t have to think about that anymore, Rosskam said. “The most effective solutions come on a person to person basis. All you can do is work better and harder to incorporate the things you’ve read in a book or heard in a lecture in how you actually treat people. It’s a defensive position to say that you know about something so you don’t have to act on it.”

It is inarguable that documentary is meant to create a motion, but “Against a Trans Narrative” does more than this. It creates a conversation, which is the first step towards understanding. Watching films such as these will encourage people to  push for an open dialogue about how to make not only Colgate, but society more accepting.