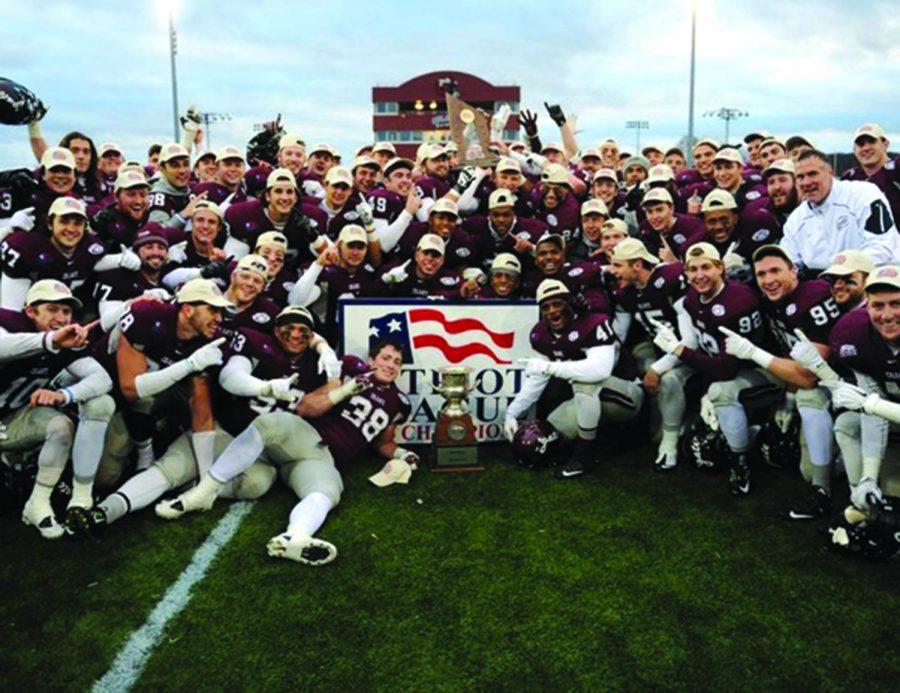 The Colgate Raiders defeated the Lehigh Mountain Hawks 49-42 to claim their eighth league title in program history and the first under second year head coach Dan Hunt. The senior class added their second ring to their trophy case. In turn, the loss on Saturday ensured that the Lehigh class of 2016 players will be the first class to graduate without at least a share of a championship since 1992. In all facets, the Raiders got the best of one of their oldest rivals this past weekend. With the win, the Raiders earned an automatic bid into the FCS (Football Championship Subdivision) playoffs.

In the high scoring affair, the Raiders dominated the rushing attack, putting up 316 total yards on the ground coupled with six touchdowns. Senior tailback Demetrius Russell, playing in his second to last home game, had his best game of the season, rushing for 141 yards on 20 carries and two touchdowns. Junior quarterback Jake Melville continued to show elusiveness on his feet, rushing for 132 yards on 12 carries and two touchdowns. Sophomore running back James Holland added to his impressive touchdown total by also adding two short scores of his own.

Melville completed 12 passes for 173 yards and a lone touchdown which turned out to be a crucial one, as sophomore wide receiver Alex Greenawalt reeled in a pass in the back of the end zone to give the Raiders a 42-35 lead. After a quick Lehigh touchdown drive, Holland scored the final of his two touchdowns to give the Raiders a 49-42 lead, one they would not relinquish.

When asked about finally securing the Patriot League Championship, Hunt expressed the importance and vitality of the team’s commitment to excellence.

“This team has been an absolute joy to work with, really for the last two years. There’s nothing I can complain about. They were committed. They wanted to win a championship and they’ve done everything we’ve asked them to do to be successful. I’m happier for them. It’s great for me, but to see the joy in them – I told them in the locker room that they got what they deserved. They deserved this title.”

Junior linebacker Kyle Diener, who has been battling an illness that kept him out of practice for most of the week, has been the heart and soul of the defense all season. When asked about what the championship means for him and the defense, Diener stressed the ‘bend but don’t break’ attitude that has been the message from the coaching staff all season.

“It feels amazing to do this. We’ve been working for this since we came here three years ago, and it just feels great to see your work pay off. It feels amazing. We pride ourselves on bend but don’t break. We struggled to defend them; they’re a great offense. But when it came down to it, they got into the red zone and we got four straight stops. We’re happy about that.”

The Raiders will compete in their final home game of the 2015 season against Bucknell this Saturday before heading on to the FCS playoffs.