Professor Murshid Sheds Light on the Unlikely Rise of Bangladesh 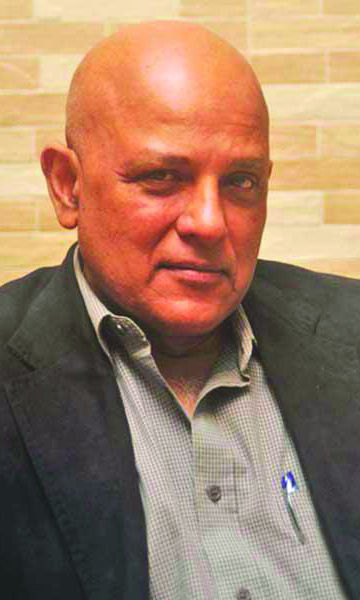 On Thursday, September 24, Director General at the Bangladesh Institute of Development Studies Dr. K.A.S. Murshid came to Colgate to give a lecture titled “From Test Case to Development Paradox: The Bangladesh Story.” Murshid, father of Colgate’s Assistant Professor of Political Science Navine Murshid, visited campus to discuss the rise of Bangladesh over the last twenty years.

According to Murshid, in previous years, many viewed Bangladesh as a “basket case,” referring to Henry Kissinger’s term for countries who were dependent on aid from other countries. However, over the last twenty years, Murshid argued that Bangladesh has taken on a new identity, one far from a “basket case.” During the twenty-year period from 1990 to 2010,  Bangladesh has had the greatest gains in the basic condition of people’s lives seen anywhere.

In addition to these six factors, Murshid spoke of Bangladesh’s current health infrastructure, which has allowed for access to safe water through fielding hand-pumps. The health infrastructure has given birth to initiatives such as an oral-saline campaign, a total sanitation campaign and an immunization campaign, which have promoted greater health throughout Bangladesh. Furthermore, rural areas of the country have also adopted community clinics to maintain health as a priority.

“The combination of these three elements are crucial to Bangladesh’s growth,” Murshid said.

Lastly, Murshid spoke of Bangladesh’s immediate future and some of the problems the country could potentially encounter, such as food insecurity, nutritional challenges, “big ticket investments” like energy and infrastructure, labor shortages and being “growth stuck.”

Senior Annie Garcia attended the lecture for her International Economics class in which they have been discussing growth development.

“Today’s talk really shed light on our in class discussions and allowed me to better understand some of our class’ topics,” Garcia said.

Sophomore Courtney Dunphey also attended the discussion for her CORE India class, expressing her interest in the talk.

“It was especially interesting how he discussed the paradox between how Bangladesh is so impoverished yet the life expectancy has risen over the last twenty years,” Dunphey said.