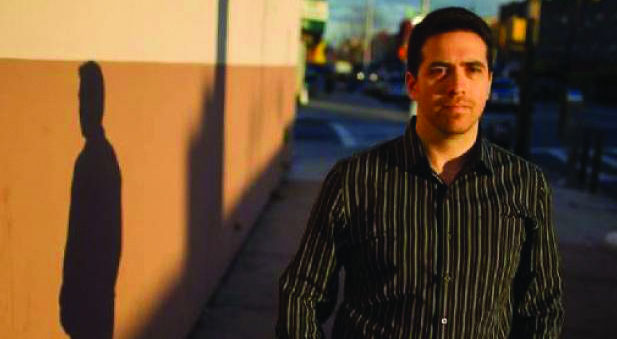 Following expulsion from his Hasadic community, Shulem Deen sought to understand a world he had been sheltered from.

Despite the fact that fall break was just around the corner, a sizable number of students, professors and community members attended the lecture on Thursday, October 8 titled “All Who Leave: The Insular World of the Hasidim, and the Journeys Away From It.” Murray W. and Mildred K. Finard Associate Professor in Jewish Studies, Associate Professor of Religion and Director of Jewish Studies Lesleigh Cushing introduced the speaker, Shulem Deen, a former Sveterer Hasid who recently published “All Who Go Do Not Return,” a memoir detailing his departure from the Hasidic Jewish community of New Square in New York City. In addition to publishing his novel and founding “Unpious,” a website committed to spreading the stories and ideas of Hasidic people, Deen has also published articles concerning Jewish life in a number of venues including “The Jewish Daily Forward,” “Tablet” and “Salon.”

Deen began his lecture commenting upon Colgate as the setting for his lecture.

“Most of you here take for granted that education is a good thing. You’re probably encouraged to pursue education if you’re a student. But there are places in New York where promoting education can mess up your life,” Deen said.

This, Deen explained, is precisely what happened to him in the spring of 2005, when he received a phone call summoning him to the community’s rabbinical court. This summons, presided over by seven rabbis and four members of the education and modesty committees tasked with making sure communal members acted and thought in the ways that they were supposed to, ended with Deen’s expulsion from the theocratic village.

Deen’s expulsion from New Square was more than just the revoking of his synagogue privileges; it meant that he was to leave the community or else face the derision of a people who do not tolerate outsiders or non-believers amongst them.

There was also a very real threat of physical violence if he were to stay. Deen, speaking of previous violence in the community, told the story of a New Square man whose home was firebombed after he visited an unsanctioned synagogue.

“This man got third degree burns on over 50 percent of his body… I knew that at the very least if I defied the rabbinical court and stayed there, the windows to my house would have been shattered and my car tires would have been slashed,” Deen said.

The crime that Deen committed to invite such heavy penalties was encouraging a 19 year-old boy to follow his desire to attend college. Hasidic and Ultra-Orthodox communities severely limit the secular education of their children in order to maintain a group of people that is psychologically, as well as physically, separate from the rest of the world. According to Deen, anything that does not conform to tradition or hails from the decadence of the modern world such as watching television, reading secular newspapers, playing sports or attending college is forbidden.

Even before he was banished from the community, Deen took an interest in education, particularly in educating himself in the ways of the secular world that was so heavily guarded from him.

The inspiration for Deen’s curiosity in all things that existed beyond his highly restricted worldview came from interactions with a friend belonging to a less conservative Hasidic sect. This friend provided Deen with his first glimpse into the secular world with a viewing of the children’s movie, “Beethoven,” an event that Deen said was especially momentous.

“You develop this emotional connection to transgression, and it creates a sort of feeling of, ‘Okay, I’ve done one thing. Now let me do something else because I’ve got to make it worth it.’”

Soon, Deen was listening to the radio, watching baseball games and visiting the public library. It was at the library that Deen made his most significant discovery: the collection of books on religion.

“The more I read and the more I was exploring, the more I realized that the things I was taught just didn’t seem to fit. They were no longer plausible and I found myself filling up with doubt… I just found my faith to be completely shaken,” Deen said.

Deen compared this sensation to finding out that he had completed a math problem wrong. However, he said that it is not just the math problem in this analogy that is wrong.

“Your whole mathematical system is flawed, and every calculation you’ve ever made in your life is no longer valid,” Deen said.

His changing views also caused him to feel intense loneliness.

He also struggled with having to leave behind his wife and five children. After moving to a less traditional Hasidic community, Deen’s wife decided to take full custody of their children and return with them to New Square. As a result of this, Deen has not had a relationship with them in eight years.

While he admits to the struggles he has faced along his journey, Deen emphasized what he learned along the way – the importance of freedom and living a self-determined life.

“[Living] a life that is dictated by the people around you, whether that’s community or authority figures… really grinds you into a place where you are almost completely dead inside. And that’s really not a way to live,” Deen said.

First-year John Buttner attended the lecture at the suggestion of Assistant Professor of Religion Jenna Reinbold, who is the professor of Buttner’s first-year seminar, “Church, State and Law in America.” Buttner called Deen’s talk “eye-opening” and mentioned how it made him think outside his origins in the Central New York public school system to consider schooling in Hasidic communities.

Reinbold found the lecture interesting for its treatment of the topics of insular communities and the manner in which religion and science interact.

“I teach not only about church and state things, but also secularism, and I think people so often think of science and religion as being this big fundamental conflict. But what [Deen] was saying was that actually in some ways more religious education can sometimes undermine your faith, which is an interesting insight,” Reinbold said.