Around the Hill: Was Chase Utley’s slide a dirty play? 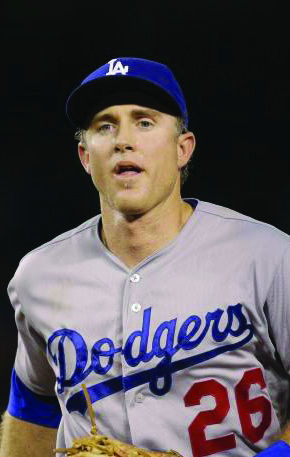 Critics have called Utley “dirty” for his questionable slide.

A controversy arose last week concerning Chase Utley as he slid into and in turn broke Ruben Tejada’s leg in an attempt to break up a double play. There is a certain indisputable fact that Utley is not the first player to break up a double play by sliding into the legs of the shortstop. This play had happened many times before, and will happen many times in the future, barring any new MLB rules. Now the question is, was this a dirty play? Despite being a die-hard Mets fan for as long as I can remember, I say that this was not a dirty play. There is no doubt in my mind that he did not mean to injure Ruben Tejada, but merely break up the double play. It is reasonable to assume that most MLB players would be willing to put their body on the line in similar playoff circumstances. The real travesty was the umpiring which should have ended the inning on the neighborhood play. This rule deems it necessary to only be in the vicinity of the second base when turning a double play, which Tejada surely was. This rule is commonplace in the MLB for its ironic ability to assure the safety of the fielder when making the throw to first base. While this play was not dirty, it sure felt that way when the Mets were sent home with a series tied at one game apiece. In the end, however, the Mets had the sweetest revenge of all, winning the series and going on to play the Cubs in the National League Championship Series.

Chase Utley’s slide into Ruben Tejada has caused chaos in the baseball world. Was the slide a hard and clean play or was Utley out of line barreling into Tejada? As a lifelong baseball fan, and a lifelong Chase Utley fan, I can tell you that sliding hard into second base is part of a baseball player’s natural instinct; doing anything they can to save an out and break up a double play. Chase Utley’s slide was certainly late and certainly aggressive. However, save the unfortunate result of Ruben Tejada’s broken leg, it was nothing one wouldn’t see in an ordinary game, let alone a high intensity playoff game. Chase Utley truly did nothing wrong.

While the rule says that a player must make an attempt to slide into the base, it is generally accepted in baseball that a player can try to break up a double play outside of the base path. As with many unwritten rules in baseball, all players understand that sliding hard into second base is part of the game. There is certainly a limit to the aggressiveness a player can show, and that is truly what the issue is here.

The debate should be centered on changing and enforcing the rule, and giving middle infielders more protection when completing double plays. In a league where players have become more and more content to play the game dispassionately, Chase Utley should not be punished for playing the game with the true intensity that it deserves.

There is a difference between a tough play and a dirty play. During Game 2 in the Natonal League Divisional Series between the New York Mets and the Los Angeles Dodgers on Saturday, October 10, the Dodgers’ Chase Utley took out the Mets’ Ruben Tejada in the seventh inning. Tejada broke his leg as a result of the play. Not surprisingly, much debate exists as to whether or not Utley’s slide was a dirty play.

MLB Chief Officer, Joe Torre, stated that although he believes that Utley had no intention of injuring Tejada, “his slide was in violation of Official Baseball Rule 5.09 (a) (13), which is designed to protect fielders from precisely this type of rolling block that occurs away from the base.” Utley flew into Tejada while his back was turned away from the bag and Utley did not touch the ground before taking out Tejada. Not only that, but the slide was late. Rules like the one quoted by Torre are designed to protect players; if rule violations are not penalized, then they hold no weight.

The MLB suspended Utley for two games, which he has appealed. Regardless of Utley’s intentions, rules were violated and another player was severely injured. I agree with the suspension, and I believe that the MLB should uphold it despite the appeal. The ramifications of missing two games are minimal, and two games does not equate to the months missed from a broken leg.