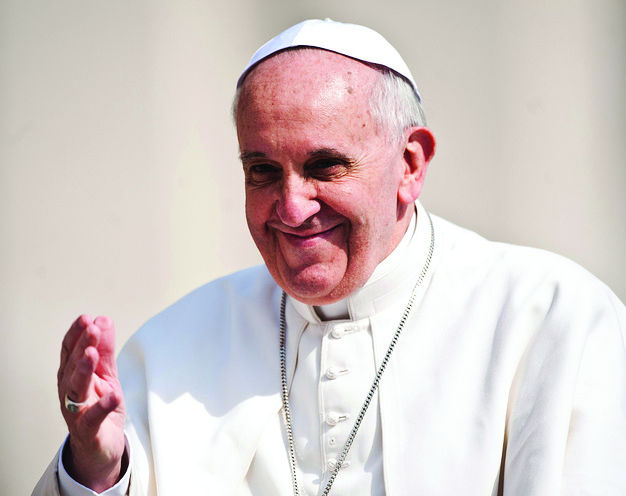 Pope Francis spoke on a variety of issues facing Americans.

This past week Pope Francis took to Capitol Hill, where he addressed Congress and the American public at large. While the speech touched upon a plethora of issues, much of it centered on ideals of compassionate conservatism. Lately, liberal politicians and pundits alike have been increasingly vilifying the right. Conservative values are seen as oppressive and outdated, regarded as punch lines more than respectable values. In his speech, Pope Francis discussed important fundamentals that are near to many conservative’s hearts and minds. In doing so, he was able to highlight the importance of these principles. Pope Francis addressed the roles of liberty, economic development and familial and community bonds in America’s future.

Liberty was a central theme throughout Pope Francis’ speech.  He signaled the importance of “safeguarding religious freedom, intellectual freedom and individual freedom.”

This point was especially pertinent. Recently, the rhetoric from the left has largely suggested that some liberties are mutually exclusive. Most notably, in the debate over gay marriage, many have perpetuated that religious liberty is not congruent with persona liberty.  It has been suggested that one of these liberties needs to supersede another.  However, this is not true and should not be treated as such.  The Pope, like most conservatives, understands that religious liberty and personal liberty can and must live in harmony.

Additionally, the Pope spoke about the importance of economic development and success, as well as enterprise as an “essential element of an economy [that] seeks to be modern, inclusive and sustainable.”

As individuals put forth “hard work and self-sacrifice,” they not only work to help insure a prosperous future for themselves, but also support prosperity for the whole. Pope Francis’ speech alluded to the need for all to be willing to contribute to society and economy.  While we must support our community, the members of the community should do what they can to contribute to its development as well.

Finally, Pope Francis spoke about the need for strong familial units. He noted how “essential the family has been to the building of America.” Through family and community, we learn and grow. Family helps secure our sense of self, responsibility and empathy.  In turn, these characteristics contribute to how we function in larger society.  Strong families build strong, contributing individuals. Pope Francis echoed a common conservative concern, saying that he “cannot hide [his] concern for the family, which is threatened, perhaps as never before.” For America to continue to succeed and flourish, our society must continue to advocate for strong familial and communal bonds.

At the opening of his speech, Pope Francis challenged Congress to “enable this country … to grow as a nation [and] defend and preserve the dignity of your fellow citizens.” Somewhat unsurprisingly, the speech did not consistently tout Republican policy preferences, as seen in his repudiation of the death penalty. However, much of Pope Francis’ speech touched on ideals that are consistent with conservative values. In polarized, policy-driven Washington, the Pope’s address served as an important reminder.  What fundamentals do we support and what will serve our greatest potential? Pope Francis advocated for the conservative ideals of liberty, economic enterprise, and strong familial relations as the way for individuals to best “pursue their dreams of building a future in freedom.”