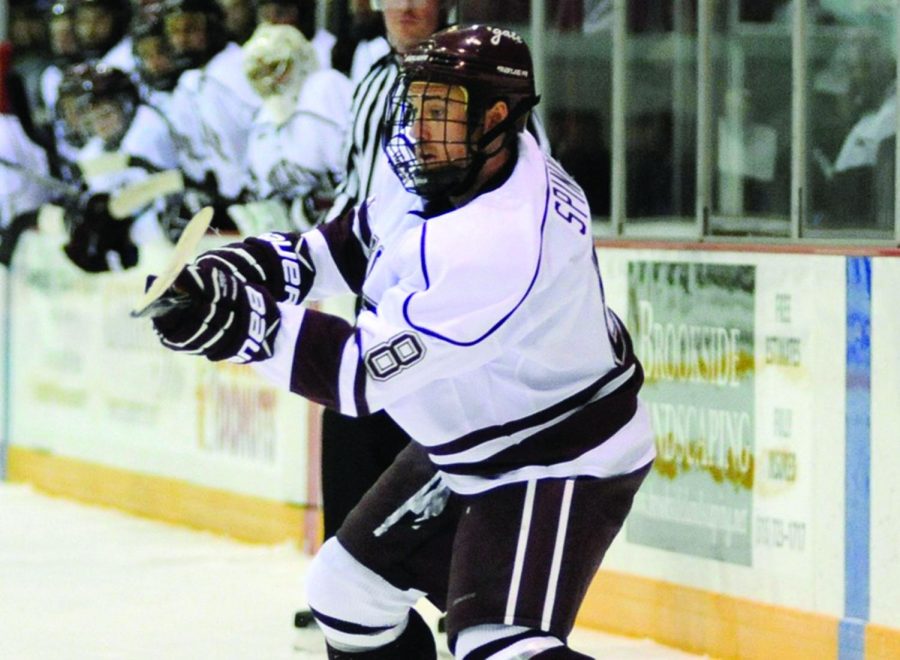 Colgate saw a tough start to their final season at Starr Rink. Friday brought a loss against Rochester Institute of Technology. The Tigers are 0-2-1 entering this matchup, with their last game ending in a 2-2 draw against Bowling Green.

Colgate enters the contest off an October 10 loss to Northeastern. Nolan Stevens scored at the 11:48 mark of the third period to break a 1-1 tie and lift the Huskies to a 2-1 victory over Colgate at Matthews Arena.

Following a scoreless first period, both teams traded goals in the second. John Stevens opened the scoring with 7:51 remaining in the second frame while senior forward Tyson Spink answered for the Raiders just 2:11 later with his first goal of the season.

It might have been a quiet offseason for early departures across most of the league, but Colgate lost leadership and experience on both sides of the puck with the departure of defenseman Ryan Johnston and Kyle Baun. Baun and Johnston both signed professional contracts this past summer, electing to forego their senior seasons. While the departure of Baun was expected, the Raiders’ head coach Don Vaughan admitted that he was caught off guard by Johnston’s signing.

“Johnston…departed unexpectedly when he signed with Montreal,” Vaughan said.

Johnston was an important member of Colgate’s defense, and also was expected to quarterback the Raiders’ power play unit, which went 0-5 against the Huskies.

In addition to Baun and Johnston, Colgate lost defenseman Spiro Goulakos and Brendan Corcoran, along with forwards Joe Wilson and John Lidgett. The loss of Goulakos and Corcoran will hurt a defense that was ranked sixth in the nation last year.

The void left by Johnston, Goulakos and Corcoran was evident in Colgate’s loss against Northeastern. The Huskies outshot Colgate

43-17, and they dominated puck possession.

“Clearly we lost the territorial battle. They certainly had the puck in our end more than we did in their end. It was opening night for them, so they were certainly riding on some emotion,” Vaughan said.

The loss to Northeastern dropped Colgate to a 1-2-0 record to begin the season. Despite the lackluster record, though, there is plenty to be

excited about the Raiders this season.

“Charlie made the saves when we needed him to and kept us in the game. We had a chance to win it. We had our scoring opportunities, we missed a couple of breakaways, hit a few posts. If any of those chances go in, it could have been a different outcome,” Vaughan said.

Last season, Finn posted a 2.03 GAA and a .924 save percentage. The junior’s performance to date indicates that he should continue to be dominant in net and lead the Raiders to future success.

Despite key losses on both offense and defense, the Raiders still have one of the most talented senior classes in the league.

Tyson Spink (14 goals, 17 assists), Tylor Spink (7 goals, 13 assists) and Darcy Murphy (11 goals, 15 assists) are all back for Colgate as seniors and should provide a powerful offensive presence.

“A healthy Tylor Spink … that’s something that got lost in the shuffle last year; he missed the entire first half last year with a concussion. The interesting thing with the twins is they play so well together. I’ve never coached identical twins, but I’m telling you there’s something there,” Vaughan said.

The Raiders’ are built to contend in the ECAC. Backed by goaltender Finn and a strong group of returning seniors, the Raiders are positioned to return to the conference championship game with the purpose of finishing what

they started and finally get the ECAC championship title and bid to playoff play.

“Our expectations were to make the NCAA tournament and we came up one game short. This is a team that is very focused and knows what it takes to get there,” Vaughan said.