Around the Hill: Who will win the World Series? 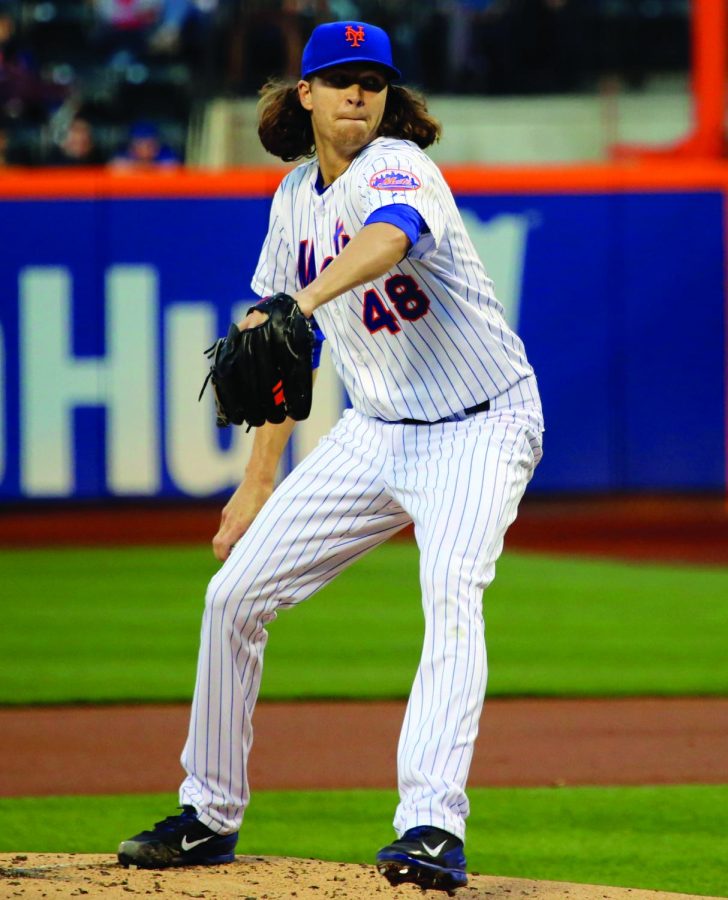 Starter Jacob DeGrom leads the Mets towards the NLDS.

The 2015 MLB season can only be characterized by the rise of unexpected clubs. What world are we living in where teams like the Pittsburgh Pirates or New York Mets have been dominating the National League?

At the same time, the American League spotlight has been on the Kansas City Royals. With 82 wins and the best record in baseball, the Royals are on the verge of winning back-to-back American League pennants.

Though not surprising, my World Series prediction does include the Royals, but the real question lies in the National League. The obvious choice may be St. Louis Cardinals in the Central, but I see the Pittsburgh Pirates as a legitimate contender in the Wild Card.

I think that we will see the Pirates get their foot in the door with the Wild Card, and ultimately watch a Royals vs. Pirates World Series. It will be a tough road there, requiring the Pirates to beat out both the Cardinals and Dodgers for the spot but with the emergence of superstar performances on the mound by Gerrit Cole (15 Wins, 2.64 ERA) this is completely possible.

That being said, I think the Pirates are outmatched against the Royals Bullpen, arguably the best in professional baseball. Not only that, the acquisition of Johnny Cueto has made the Kansas City defense stronger. Interestingly enough, Cueto’s recent record raises uncertainty. Coming off of 4 losses and allowing 22 runs in 20 innings is a red flag, but a recent 5-game win streak by Yordano Ventura shows promise.

Pittsburgh’s Andrew McCutchen is batting .304, and we will undoubtedly see a star performance by him in October, making for a great series. Regardless, I think that the Kansas City Royals will win the World Series.

The St. Louis Cardinals. Pitching wins in the playoffs, and the Cardinals from top to bottom have an abundance of it. Their rotation has the best ERA in baseball by nearly three tenths of a run, and their closer Trevor Rosenthal has stifled opposing teams all year with a 1.49 ERA over 59 appearances. While some might make the case for the Los Angeles Dodgers and their two Cy Young candidates, Zack Greinke and Clayton Kershaw, behind them lies a young and largely inconsistent staff. While the New York Mets have the starting pitching depth, their inexperience and lack of a reliable power bat will be their undoing.  In a seven-game series, the Cardinals’ ability to have battle-tested pitchers toe the rubber will be the difference over a team like the Dodgers and the Mets.

As for the St. Louis lineup, it doesn’t boast the power of a team like Toronto, but what it lacks in brawn it makes up for in experience. Matt Carpenter leads a lineup that features several veterans that have been to the postseason before. Carpenter, the seemingly ageless Yadier Molina, Jhonny Peralta and several other key contributors have substantial experience in October. Another key is the probable return of perennial All-Star Matt

Holliday, which is supposed to happen before the end of the regular season. Holliday will provide the lineup with a bit more pop, and add all the more experience to an already loaded roster. Through their deep pitching staff and their experienced lineup, St. Louis will capture its 12th title.

As a Mets fan, the opportunity to be able to justly predict the team to go on to win the World Series does not come around often. Therefore, I am comfortable and not totally crazy to make this prediction. The major factors that will come into play will be whether or not the team can overcome any

late-September crises (i.e. 2007 & 2008), and if the starting rotation’s young arms can stay fresh all the way through October. With the second half offensive additions of Juan Uribe, Kelly Johnson, Yoenis Cespedes, David Wright, Travis D’Arnaud and Eric Young Jr., the team’s only true weakness currently lies in its up-and-down bullpen.

However, with an explosive lineup and a dangerous starting rotation headed by Jacob DeGrom and Matt Harvey, the New York Mets have just as good a shot as any in taking down the NL-powerhouse Cardinals in pursuit of the World Series crown, their first since 1986.