Leicester City: From the Cellar to the Ceiling of the English Premier League 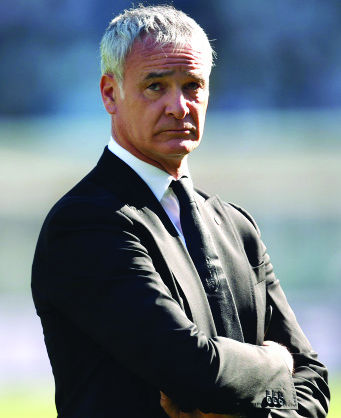 New Leicester City manager Claudio Ranieri has brought a once irrelevant franchise to prominence in just a single season with the club.

Leicester City F.C found themselves languishing at the bottom of the Premier League table 29 games into a 38 game season. Having only managed four wins from 29 games, they would need a miracle to hold on to their status as a Premier League club. Facing the unenviable position of seemingly inevitable relegation, many expected them to return to the lower division from which they struggled for years to emerge from. Teams that fail to stay in the league face an impossible task because of the immediate loss of almost $100 million in revenue, which is accompanied by the departure of expensive quality players.  Citizens of Leicester City surely were worried about losing their favorite players, but also losing the incredible amount of revenue that is extremely important to the local economy.

Furthermore the lower division is known for its highly physical play and its exhausting fixture set, which sees every player play almost twice as many games. This leads to many teams being unable to return to the much more prestigious top flight of soccer.  With nine games remaining in the season, the threat of relegation loomed over the team as well as its supporters.  Due to the fact that no club had ever survived relegation from this precarious position, nearly every major pundit dismissed the possibility of their survival.

History had different plans for Leicester City, however, as they catapulted from bottom place, safely ending the season in a very respectable 14th place.  With a remarkable run beginning on April 4th, Leicester City managed to win 7 of their last 9 games, also drawing once and only losing to the eventual league champions, Chelsea F.C.  Gaining newfound determination from an important win over West Ham, these formerly struggling players transformed into dominant premier league players and performed at levels few thought they were capable of.  Week after week they defied all odds and achieved the performances necessary to dig themselves out of this trap.

Even after enduring a tumultuous post-season that saw the Leicester City Board fire Nigel Pearson, the manager who brought the team this improbable success, they find themselves 2nd on the Premier League table after the first month of the new season. Five games in, they now find themselves above household names such as Arsenal, Manchester United, Chelsea and many other more renowned clubs.  Their new manager, Claudio Ranieri, has continued exactly from where the team left off last season while players have maintained their exceptionally high level of performances. Many of them compete at a level typical reserved for the aforementioned traditionally dominant teams.  Riyad Mahrez, a formerly obscure Algerian winger, has taken the league by storm finding himself among far more recognizable names on the top scorer and top assists charts.  His stunning performances have garnered the attention of Spanish Giants FC Barcelona, who look eager to acquire his services.

Though Leicester will probably be unlikely to maintain this level of performance, their implausible rise to prominence illustrates the critical importance of confidence and mentality in professional sports.