From Baseball’s Cellar to Baseball’s Best: the Chicago Cubs and NY Mets 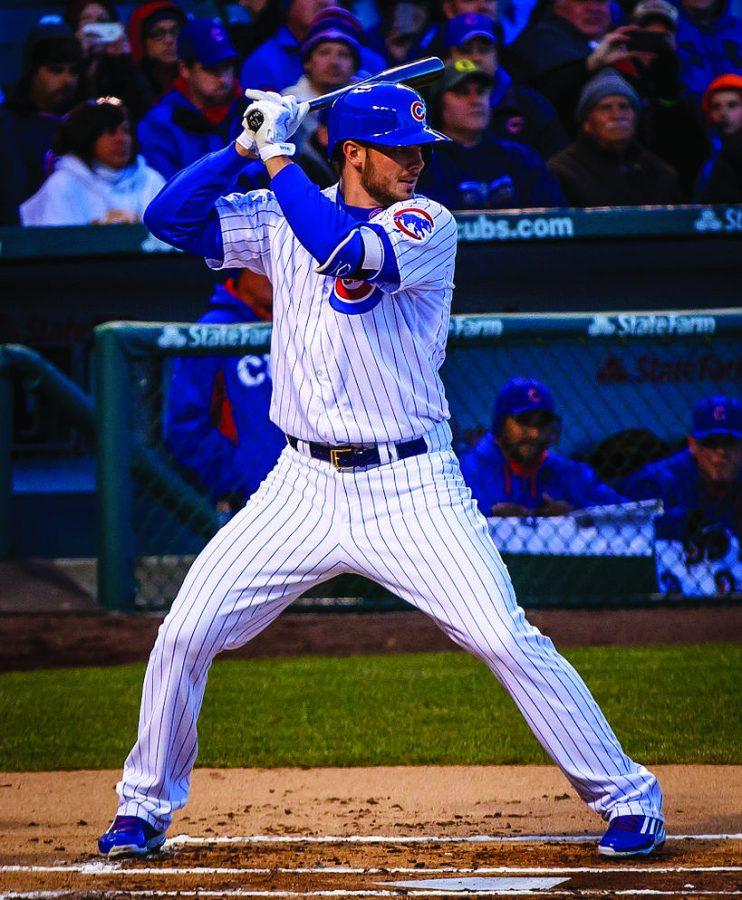 Kris Bryant and his monster swing will try to lead the Chicago Cubs to their first World Series title since 2008.

If you were to predict that the Cubs and the Mets would be powerhouses before the season started, you’d be getting some pretty strange looks. Nowadays, you wouldn’t want your favorite team facing them in the playoffs. How did two perennial laughingstocks turn into dominant forces?

The Mets, known for their blunders, being the lesser of the New York teams and for paying a retired Bobby Bonilla over a million dollars a year for the next 21 years, have arguably the best rotation in baseball. Headlined by 2014 NL Rookie of the Year Jacob DeGrom with a 2.40 ERA, the Mets have a rotation that has very few flaws, if any. Along with DeGrom, Matt Harvey has also carried the load for the Mets this season, as he seems to do every year for the Mets. The Mets are getting pitching help of all ages as the young arms of Steven Matz and Noah Syndergaard have pitched great in addition to the 42 year-old Bartolo Colon, who leads the team with 13 wins.

The Mets’ bats have also woken up as the year has gone on, in big part to their deadline acquisition of Yoenis Cespedes. Cespedes, who is known for his raw power and streakiness, is hitting around .300 with 11 homers, surprising many fans. Curtis Granderson has also been batting well, leading the team in homers, OBP and hits. The Mets are certainly a force to be

reckoned with as the season goes on.

As for the Cubs, who last won a world series when the Ottoman Empire was still around, they are surprising everyone this season. Many teams struggle to find the pieces to help them win, but the hardest part is making sure that those pieces fit together to complete the World Series puzzle. The Cubs just might have found those pieces and the puzzle is certainly coming together. This past offseason, the Cubs acquired a left-handed hurler in Jon Lester, adding power to their rotation. However, it is Jake Arrieta who has made a name for himself this year since finally settling into Chicago. Arrieta has the most wins in the majors (18) and the 2nd-best ERA (2.03). Just last week, Arrieta threw a no-hitter against the Dodgers, helping add to an already amazing season. The duo of Lester and Arrieta has the potential to outduel any team that stands in their way.

In addition to their pitching, the Cubs’ bats have been great this year as their once young roster seems to be hitting like skilled veterans. Anthony Rizzo, who’s made the All-Star game the last two years, has been leading the pack as he leades the team with 28 homers. Highly-acclaimed prospect Kris Bryant has been living up to the hype, leading the team in RBIs with 85. Other youngsters such as Kyle Schwarber and Addison Russell have emerged as critical parts of the lineup. The most important change for the Cubs this season might have to be at the manager position. Joe Maddon’s signing with the Cubs has been crucial to the team’s success, leading the team to be 20 games over .500.

This season, the resurgence of the Cubs and the Mets has left baseball fans dumbfounded. With very well-rounded teams, it should be interesting to see just how far the Mets and Cubs make it in the playoffs. Hopefully for Mets and Cubs fans, these teams keep winning for seasons to come and not blow their lead like they usually do.