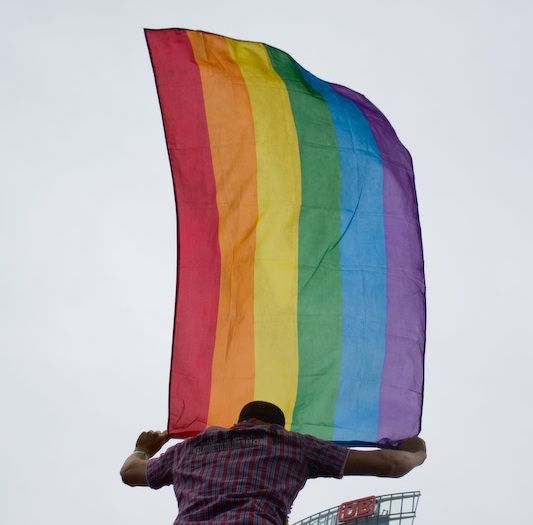 While same-sex marriage is now legalized, there is still a long way to go to reach equality.

Many of you reading this have probably heard by now that the Supreme Court of the United States ruled same-sex marriage legal across the nation. The decision came on June 26, 2015, a date on which several other Supreme Court decisions were made about same-sex relations.

The day after the ruling, I picked up a newspaper from the Sunoco in Hamilton and, just as I expected, headlines about the decision covered every front page. Marriage, marriage, marriage! But marriage is not the only issue within the LGBTQ community. In fact, it’s probably one of the lesser issues to worry about.

Don’t get me wrong, I am ecstatic that people of the same sex can now marry in any U.S. state. However, when things like the murder of trans individuals, the possibility of losing a job because of sexuality and societal discrimination are still present, having the legal opportunity to marry is just a small stepping stone toward equality.

Marriage has traditionally been at the forefront of the battle for LGBTQ rights because it is an assimilationist strategy. The strategy says, “We want to have the same things you do, we want to blend in.” This is the easiest way to approach a social justice issue while trying to appease, or rather stay on relatively good terms with, the majority of society. One complicating factor for the equal marriage fight was the legal and financial benefits associated with marriage. Those rights were worth the assimilationist strategy. Those rights will provide tangible benefits, not just a concept of equality.

Now that same-sex couples can marry, the forefront of the fight for LGBTQ issues has diminished in the eyes of the general public. However, the right to marry does not equal nondiscriminatory protection. In many states, you can be fired if you are found to be gay. No other reason is needed. Many trans people are murdered for expressing themselves. A large portion of homeless youth identify as LGBTQ (usually because they were either kicked out by their family or ran away, possibly to avoid violence). I found a picture in an online article in which a homeless girl held a sign saying, “We don’t need marriage, we need a place to sleep.” It really made me realize the insignificance of equal marriage when so many problems of a more life-threatening nature have yet to be dealt with.

In the grand scheme of issues, LGBTQ identifying individuals are discriminated against on a systematic level. This means that there are assumptions of everyone being heterosexual and cisgendered when new policies are made, strangers meet and topics are discussed. In general, I think the Colgate community is tolerant of its LGBTQ members, and I do mean tolerant, not supportive. I’ve heard of and encountered many instances where conversation about LGBTQ issues is glossed over and avoided, and that’s similar to what I feel has happened with the decision on same-sex marriage. That one, well-publicized issue is now taken care of, which makes it easier to ignore the many other problems that still exist. Yes, equal marriage was an important and joyous addition to treating members of society equally, but it has truly just scratched the surface on what needs to be recognized, discussed and improved.