Colgate Celebrates 200 Years by Welcoming the Class of 2019 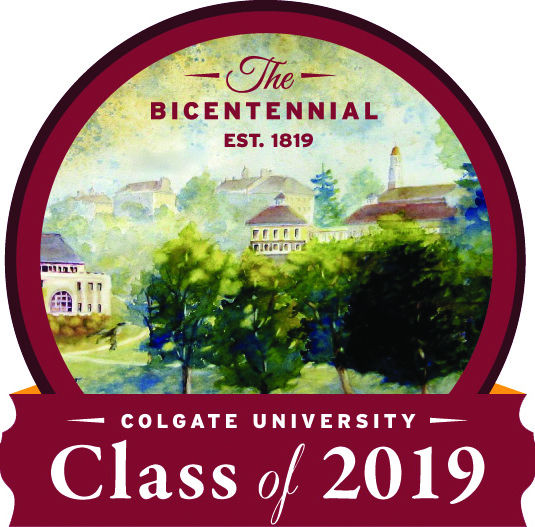 This year Colgate University introduces a group of students who exemplify the increasingly competitive nature of college admissions. From the 8,722 applicants, 781 students enrolled in Colgate University’s bicentennial class. Among the accepted students, the average GPA is 3.8 out of 4.0.

Vice President and Dean of Admission and Financial Aid Gary Ross noted the importance of academics in Colgate’s admissions process.

“Each year the top priority for us when we look for candidates is the quality of their academic record. But we also consider standardized testing, and we care a great deal about the recommendations that teachers and grad counselors submit for applicants as well,” Ross said.

Assistant Dean of Admission and Coordinator of International Communication David Esber also spoke about the rigorous process that goes into choosing members of the incoming class. Esber similarly noted the influence that these students will have on the university.

“Our application review process is about finding those exceptional students who can contribute to each part of the Colgate experience. We are looking for students who will leave Colgate even better off than when they arrived in their first year,” Esber said.

When asked what they expect the Class of 2019 to add to Colgate, both Esber and Ross anticipated that the first-years’ passion and excitement will enrich the community.

“The members of the Colgate Class of 2019, graduating in the bicentennial year, will undoubtedly bring their passions and perspectives, representing 49 states and 72 countries, including dual citizens,” Esber said.

Ross echoed Esber’s emphasis on excitement by describing the incoming freshman class as being unique.

Ross also acknowledged how last fall’s sit-in affected admissions. Last fall, from September 22 to 29, students organized a sit-in at the Hurwitz Admission Center protesting the campus climate. Many of their points were centered around the need for greater awareness of diversity on Colgate’s campus.

When asked how last year’s protest and focus on diversity affected the admissions process for the incoming class, Ross spoke proudly about the demographics of the Class of 2019.

“Colgate is very transparent about the protest, and the university’s response to the protest. Anyone, anywhere, at anytime can go to the Colgate website and see the 21-Point Action Plan. We’ve never been more diverse than we are this year, in terms of overall domestic representation,” Ross said.

This year there is a total of 69 incoming students from California. Students from Seattle and Florida also account for a large portion of the Class of 2019.

Ross also emphasized the importance of increased interaction between domestic and international students on campus.

When asked what attracted them to Colgate University, first-year students mentioned a variety of factors that played a role in their decision.

“I emailed a bunch of schools for cross-country running, because I wanted to run cross-country in college, and Colgate responded. It was a perfect balance of academics and athletics,” first-year Nikhil Tewari said.

“I like the neuroscience program, and it is the second oldest in the country, which is the one I’d like to major in,” first-year Emelei Klein said.

Many first-years are already thinking about the contributions they can make to Colgate in their four years.

“I am a very open-minded person, and I think it’s going to be interesting if I can bring a little more open-mindedness,”first-year Vannessa Lawrence said.

“I want to be someone who everyone feels that they can go to,” first-year D’Jonita Cottrell said.

Gary Ross provided advice for the first-year students, urging them to utilize all that the university has to offer including the people, facilities, community of Hamilton and Colgate community around the world.