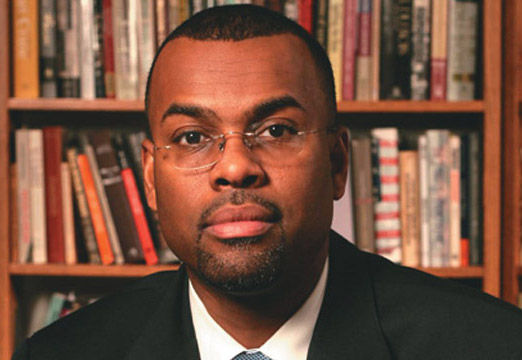 An accomplished academic, some of Glaude’s works include the award-winning book Exodus! Religion, Race, and Nation in Early 19th Century Black America and Is it Nation Time? Contemporary Essays on Black Power and Black Nationalism. With fellow Princeton professor Cornell West, Glaude has developed a 15-week online course titled “Covenant Curriculum: A Study of Black Democratic Action” to be used by civic organizations throughout the country.

In 2013, Glaude participated in an online debate hosted by The New York Times and argued with other African American academics over the role of black intellectuals in the discourse on race. Glaude has also appeared on CNN and C-SPAN and has contributed articles to the Huffington Post.

Commencement will be preceded by a baccalaureate service on Saturday, May 16. The Reverend Gay Clark Jennings ’74 will speak at the service that begins at 2:30 p.m. in the Colgate Memorial Chapel.