Juan Williams Sparks Conversation With “Are You Baffled?” Lecture 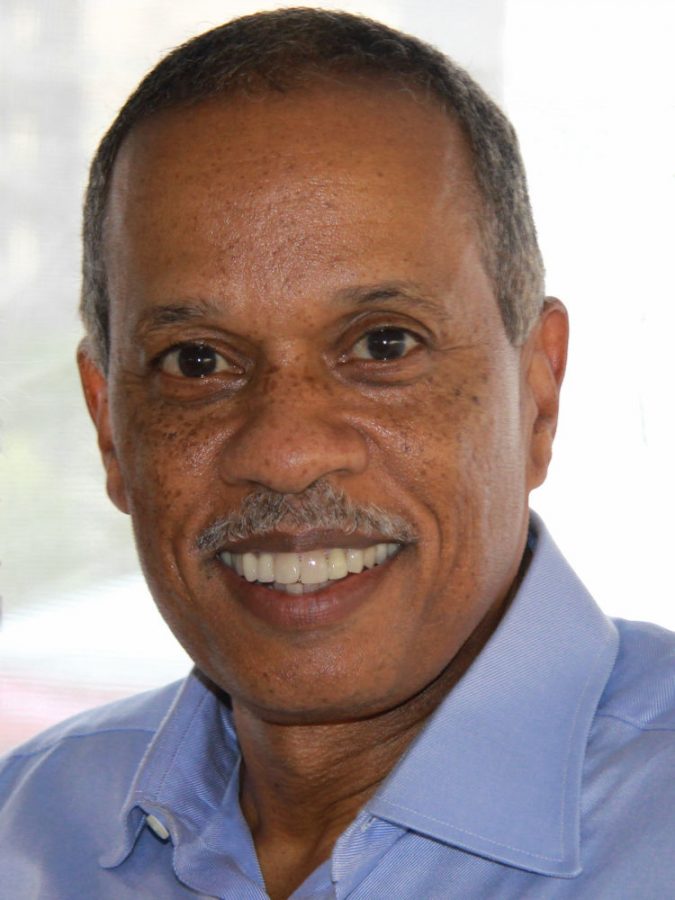 On Thursday, February 19, students gathered in Love Auditorium to hear Juan Williams, American journalist and Fox News political analyst, give a lecture titled “Are You Baffled?:  Race, Law Enforcement, and Civil Rights in the U.S.”

The lecture was sponsored by The Center for Freedom and Western Civilization, Brothers, College Republicans, College Democrats, the Student Government Association (SGA), the Africana, Latin American, Asian American and Native American (ALANA) cultural center and the offices of the Dean of the Faculty and the President.

The talk began with introductory remarks from students representing these supporting organizations, who all seemed to reach a consensus with their remarks that this was an issue that needs further discussion at Colgate.

“[I] was hoping Juan would provide a different perspective to the campus regarding race relations, since he is a moderate liberal with a background in civil rights history,” sophomore Michael Hogg said.

In his speech, Williams talked about just that, focusing his lecture around his 1987 book Eyes on The Prize and the historical foundations and implications of the Civil Rights Movement in America. Williams spoke of the dynamism of African-American history and how simply being alive makes everyone a part of the conversation of race, equality and fair treatment under the law.

This kind of conversation was present on Colgate’s campus during the lecture. With a structure of a 45-minute lecture and a 45-minute question-and-answer session, perhaps the most thought-provoking component of Williams’ visit to Colgate was his interactions with students and faculty in the latter half of his lecture. Many audience members were eager to engage in conversation with the national television personality.

When asked by one student if the American Dream still exists for black Americans, Williams was optimistic, stating that, although there may be real systematic disadvantages for people of color, he would encourage young African Americans to look at the opportunities despite that. During the question and answer session, Williams was asked about a wide variety of topics, including police militarization, white privilege, his opinions on black culture, the Mike Brown case and the 24-hour news cycle. In nearly all of his answers and throughout his lecture, Williams emphasized the importance of individual responsibility despite systematic flaws.

This conversation provoked mixed feelings from the audience present at the lecture.

“I thought his argument was thought-provoking but I did not agree with it. I believe that systematic forces have more weight than individual actions when it comes to the ‘lack of achievement’ within the black community,” sophomore Alexis Beamon said. Many of the students interviewed echoed this opinion.

“I thought his main argument was putting the onus on the individual – he wants to empower and motivate every person, no matter their situation. I do understand and partly agree with his argument, but I don’t think he gave enough weight to institutional and [systemic] problems that perpetuate these very complex issues,” Student Government Association President senior Sarah Rende said.

When asked if Williams’ message corresponded at all with the conversations on campus about race, Beamon did not think that this was the case.

President of the College Republicans junior Hannah Loiacono had an optimistic outlook on the lecture.

“I thought the talk was positive. I think that any opportunity we can take to increase discourse and widen the breadth of opinions, on a given topic, is an important one.  I appreciated the range of thought and opinion that happened at the talk,” Loiacono said.

Overall, the lecture drew and crowd and it helped bring discussion on race, law and civil rights to Colgate’s campus.