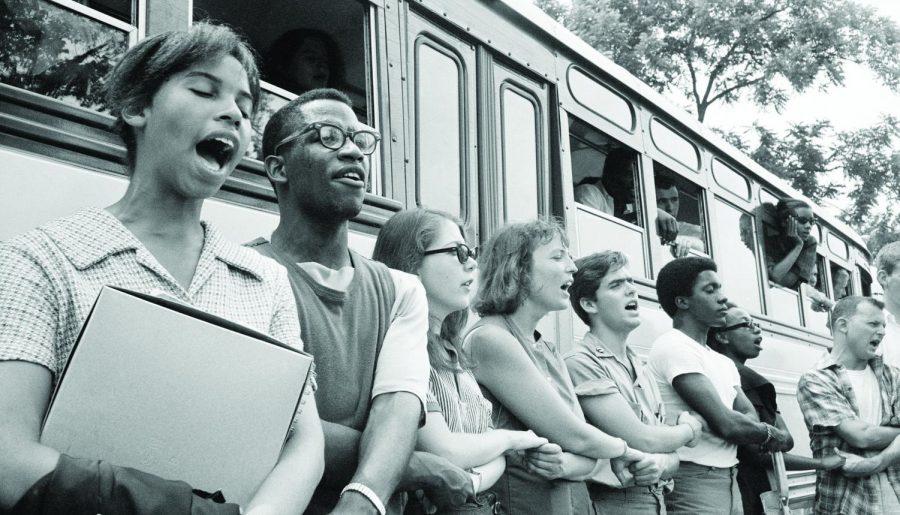 Raiders read: Incoming first-years were assigned “Freedom Summer,” a historical account of the summer of 1964.

This summer, all incoming first-year students were assigned to read the book Freedom Summer by Bruce Watson, a non-fiction work that celebrated its 50th anniversary in the summer of 2014. Fifty years ago, college students and civil right workers from all around the country volunteered their time to assist with the development of Freedom Schools and registration of black voters in Mississippi. At this time in the state, only 6.7 percent of blacks could vote. Freedom Summer volunteers tried to raise the percentage to influence representation.

Although they came from different worlds, both groups were determined to make a difference in Mississippi. The summer involved a lot of fear and violence. On the first night, when the volunteers settled into their new homes with local blacks in various towns, three of their own went missing. James Chaney, Andrew Goodman and Michael Schwerner had gone to investigate the burning of a black church. After being arrested and detained, they were finally released from prison, only to be handed over to the Ku Klux Klan. Although they were murdered on June 21, 1964, their bodies were not found until August 4. The disappearance loomed over all of the volunteers for the rest of the summer, serving as a harsh reminder of not only Mississippi, but also America’s true nature. As the summer pushed forward, so did developments in the case of the three missing civil rights workers. This explains why Watson returned to the case so many times in Freedom Summer. Their disappearance drew national attention to the state of Mississippi and the mission of Freedom Summer.

Watson’s book thoroughly discussed the Freedom Summer thanks to his extensive research and detailed interviews with people involved in the program. Using personal accounts of various volunteers, a sense of excitement, disappointment, frustration and even extreme fear comes across each story. However, some students found the book difficult to read due to the length, extreme detail and repetitiveness.

“It tended to reinforce the same points with multiple stories that were kind of the same,” first-year Carlyne Schilling said.

Multiple freshmen on the Colgate Class of 2018 page commented on its length as well. While some thought it was slow and boring, others appreciated its message.

“Bruce Watson’s recount of Mississippi in the summer of ’64, though at times sluggish and repetitive, poignantly impacts those of a generation largely a stranger to outward racism and violence,” first-year Daniel Mahoney said.

Watson brought the workers’ stories to life. Fran O’Brien was beaten by a Ku Klux Klan member while waiting for a car to pick her up and lived with the shame for decades before finally revealing her story. She trusted Watson to do her overall experience justice. Fannie Lou Hamer’s testimony to the Convention’s Credentials Committee was described so vividly that you could feel her aches, pains and worries as she told her life story. Some volunteers learned for the first time that the police were not always on their side. America was not truly the land of the free like they had grown up to believe. This realization resulted in most volunteers experiencing dissatisfaction for the rest of their lives, but this was because they knew nothing they ever did could compare to a summer as significant as the Freedom Summer.