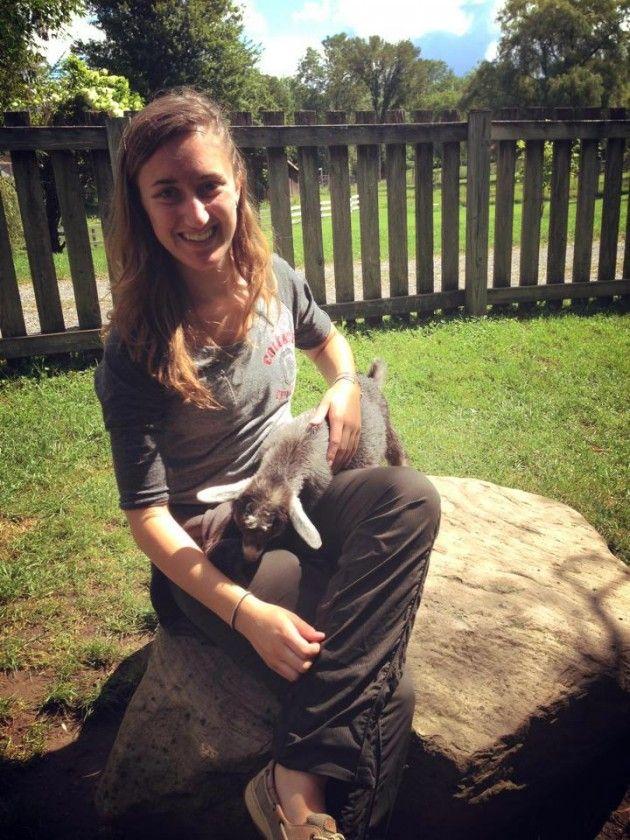 Because Kevin Fuerst was so gracious in allowing me to interview him on such tight time constraints, I would like to share a problem that Kevin (like many Colgate students) see as one of the most important issues at Colgate in hopes maybe it will be redressed. As Kevin explains, “The most important issue to me at Colgate, which I share with the Student Government Association, is the fact that we only have single-ply toilet paper. This must be changed immediately for fear of a student uprising.” So will someone please order at least double-ply? (Personally I prefer Charmin Ultra.) In addition to his concern with the condition of Colgate’s toilet paper, Kevin dedicates a good deal of his time to running the Intramural Sports Program. As one of two student program leaders, Kevin oversees the entire Intramural Sports Program, including officiating, scheduling and supervising play. Kevin says he likes running the program, because, “it has been a tremendous way for me to connect with a large part of the student body and have the ability to shape the program to the changing needs of the students.” Kevin is also President of Club Tennis, which he says, “has taken off this year with the introduction of an intra-club league.”Kevin is a member of Advocates, the student “ally” group for Lesbian, Gay, Bisexual, Transgender, Queer or Questioning (LGBTQ) issues on campus. Kevin explains, “Building support and visibility for the LGBTQ community on campus is the primary goal of Advocates, but we also strive to fuse issues of race, gender and discrimination within the LGBTQ community.” Kevin’s favorite activity is serving as a link leader which also enables him to foster a better sense of community at Colgate by enabling him to connect with the first-years. According to Kevin, being a link “gives me a chance to be nostalgic about my own experience here.” But Kevin feels his greatest contribution to Colgate has been the “extensive research” he has done on Colgate’s recent history and culture. Currently, Kevin investigates the Colgate Greek system between the years of 1968 and 1990 for his history honors thesis. Kevin hopes that his research will serve to bring “the issues and discussion of the Colgate campus culture at large and the Greek system into an academic setting and mindset; as opposed to what we have now, which is an anecdotal or folklore type of discussion that merely reinforces the status quo. It seems logical to bring an aspect of Colgate that seems vitally important to a large number of students, faculty and administration, into the academic sphere that we all claim to operate in.” After Colgate, Kevin plans to attend graduate school for higher education administration so that he can one day be in one of the top administrative positions at a liberal arts university like Colgate. In fact, Kevin says that he would consider working at Colgate.But before he leaves Colgate, Kevin would like to mention a few people whom he says made it possible for him to accept this “prestigious award” of being selected for “In the Light”. So Kevin says thank you to “Debbie, our Creative Arts House chef, who keeps me fed; Rich and Mike, the librarians at Case, who always let me know when the library is closing; Joe Leo, my boss at Res. Ed. (Residential Education), who reminds me it’s ok to wear sweatpants to work; and my link group, who would threaten my life if I did not include them.”