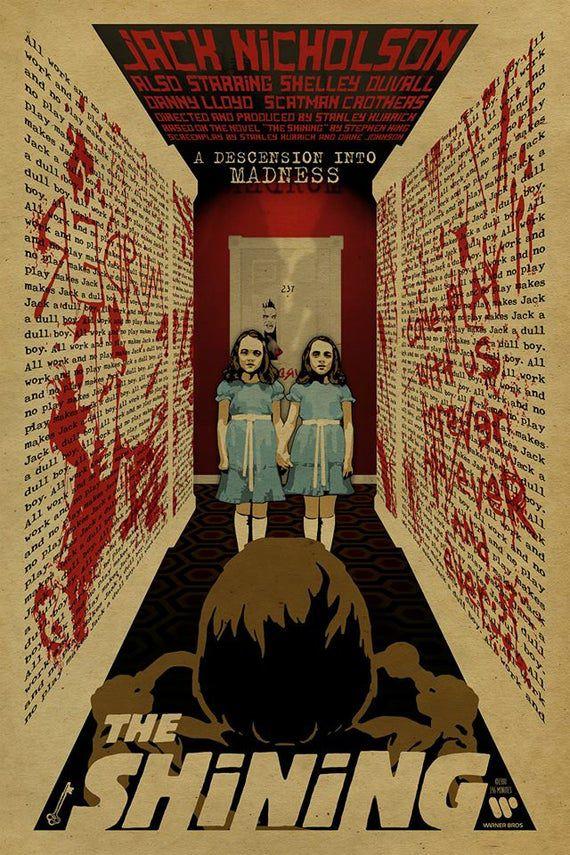 Stephen King weaves a painstakingly intricate web of horrors and reality in his 1977 classic “The Shining” that remains unmatched by other authors of the gothic period to modern day. King merits this praise by incorporating threads of revamped classical elements such as ghosts, gore and supernatural energies, while additionally cultivating realistic fears and monsters from his own life.

Inspired by his phobias of the perilous effects of alcoholism and dismantlement of his family, King masters a balance between supernatural and natural spookiness that feeds off of one another continuously. Both of these elements are paramount to the genius of the novel, as highlighted by the more watered-down cinematic adaptation by Stanley Kubrick in 1980. The film focuses less on the devolution of the characters and the complexity of the true horror encapsulated by King.

“The Shining” is about the Torrance family, troubled as a result of alcoholism and abuse and threatening to crumble, temporarily moving to the Overlook Hotel in snowy Colorado. The family moves here after Jack Torrance loses his teaching job for assaulting a student leading him to accept a winter caretaking position at the hotel. The family is comprised of the aforementioned easily angered recovering alcoholic, Jack; his depressed and later resilient and courageous wife, Wendy; and their curious, extraordinary five-year-old son Danny, who is simultaneously blessed and plagued by his special psychic power called “the shining.”

Described as a concoction of clairvoyance and telepathy, “the shining” allows Danny to see into the future or past and communicate with his mind to others who share the power. Danny struggles to cope as an innocent, lonely child with warring parents and his mysterious “shining” spirit-guide who is called Tony.

Although the Overlook Hotel seems at first to be a second chance and gleaming hope for the family, it turns out to be the locus for insanity and horror to ensue. Soon into their arrival, the Torrances become insurmountably isolated due to a blizzard, raising the stakes as Wendy and Danny become fearful of Jack’s growing instability but are unable to leave. Danny’s only connection to the outside world is a cook from the hotel, Dick Hallorann, whom Danny meets before Dick leaves for Florida and who shares Danny’s “shining” abilities.

One of the most impressive aspects of the novel is the attention given to Jack’s spiraling descent into madness as the hotel takes over his body.

While alcohol certainly plays a role in his downfall, the Overlook draws on his pain and instability to metamorphose him into a monster to engulf Danny and his powers for the hotel’s nefarious purposes. This tragic decline from a struggling man who cares for his family to a hardly-human lunatic after the blood of his loved ones is a heart wrenching and horrific transformation.

This is one element missing from Kubrick’s movie and a reason why Stephen King famously dislikes the 1980 adaptation. Jack Nicholson’s performance of Jack Torrance is mad and suspicious from the beginning, which diminishes the natural and supernatural horrors that King artfully builds up in the novel. Kubrick glosses over the supernatural influence of the hotel in warping Jack and his family’s sense of reality and imagination, as well as the natural terror that this could happen to any unsuspecting family.

Danny’s endeavor to decipher the significance of his visions and the break between what is real and imaginary delineates his struggle to conserve his innocence, despite his father’s mania and the corrupting forces of the Overlook. Danny and Jack’s exertions run parallel to one another craftily and embellish the reading. The theme of gifted children is a refined skill of King’s and his expertise with the topic is illuminated brilliantly through Danny.

One of my personal favorite details in King’s blizzardy horror-scape, which was also not pictured in the movie, is the topiary that awakens and animates in the garden. Looming in the background since the beginning, they serve as an omen of future terror and place their roots on the line between real and unreal.

Finally, the rising suspense is accompanied by King’s classic unique and witty writing style, which cleverly interweaves the characters’ entertaining thoughts into the thrilling narrative.

“The Shining” is a staple of the modern gothic and while I do enjoy the film adaptation, it does not eclipse the necessity of reading the original masterpiece, which stands alone as an exquisitely executed testament to the horrific genius of its author. The nuances of psycological deterioration that King is able to encapsulate in his writing is what makes this read so horrific. While Kubrick’s adaptation is revered as a cult classic, the novel is a must read in order to gain a true glimpse at the fear this story can truly evoke.