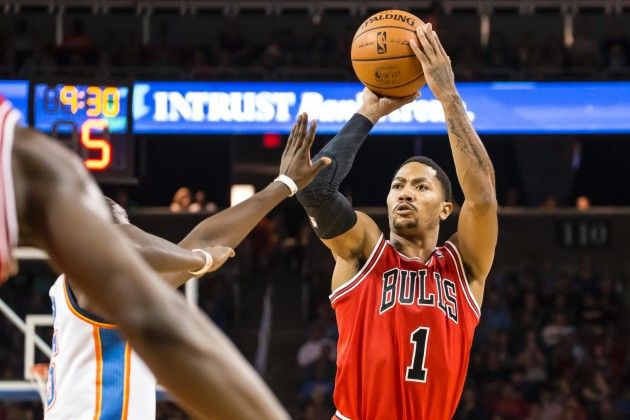 At the start of the 2013-2014 National Basketball Association (NBA) season, many fans anxiously awaited the return of potentially one of the game’s most dominant point guards in recent memory, Derrick Rose. However, his return has been less than satisfactory and quite under whelming for many, including the Bulls. Rose has scored a measly 14.4 points per game and dished out a wretched four assists per game, which are currently his career lows.

Let us not forget that Rose is returning from a catastrophic ACL tear and, as of Tuesday, has only played six games since returning from his injury. Oklahoma City Thunder forward Kendrick Perkins recovered from the same injury a couple seasons ago and debuted with a weak seven points and six rebounds in his return. While the knee may be fully healed, it takes time to acclimate to the rigors of the NBA and expecting Rose to return to MVP form in his first few games is akin to expecting the Charlotte Bobcats to win the NBA Finals with Al Jefferson leading the way.

But that doesn’t mean there should be no qualms about Rose in the future. He seems to be too anxious in returning to MVP-form on the court. His patience during his recovery has been overshadowed by his impatience on the court, making costly mental errors that aren’t typical of a player of his caliber. His high turnovers, poor shooting and lack of creating scoring opportunities for his teammates are serious concerns.

Once he re-familiarizes himself with the playmaking abilities he contains and increases his confidence in his shooting, these concerns will wash away and his early struggles will be nothing but a distant memory. That by no means implies that Rose will be back in the ranks with MVP contenders by the end of the season; it may take him an entire season to regain his old form. After all, he sat out an entire season and the team has taken on a much

different identity during his recovery process.